Set to go on sale October 15, the $169 cans share the same basic design and sonics as last year’s Major III Bluetooth headsetRemove non-product link, with the addition of a couple of key features: baked-in Google Assistant, and (according to Marshall) twice as much battery life—up to 60 hours.

To summon Google Assistant, you just press and hold the voice button, handy for asking Google to drop the needle on a playlist, dial up a radio station, check the weather, or read your text messages aloud.

As with last year’s Major III Bluetooth headphones, the Major III Voice features 40mm dynamic drivers, as well as a collapsible design and 3D hinges. The 6.4-ounce headphones also come with a detachable 3.5mm cable with an integrated microphone and remote. 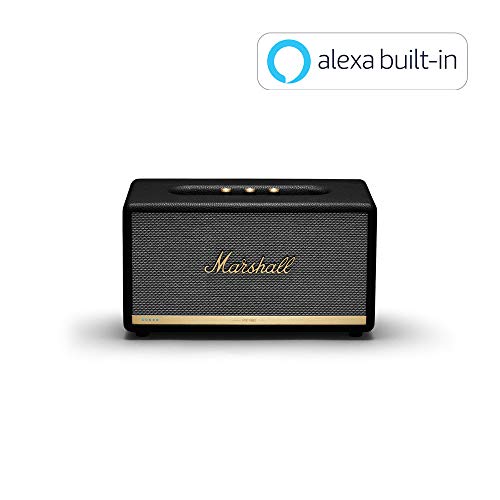 We haven’t reviewed the Major III Bluetooth cans, but we did get a chance to check out last year’s Marshall Stanmore II Voice speaker, which features (in two separate versions) built-in Amazon Alexa or Google Assistant.

While we praised that speaker’s performance when it came to rock music, our reviewer had trouble signing into Alexa. Hopefully the Major III Voice headphones won’t suffer from the same setup headaches with Google Assistant.

We’ll take a deep dive into the performance of the Marshall Major III Voice headset once we get our hands on a review sample.