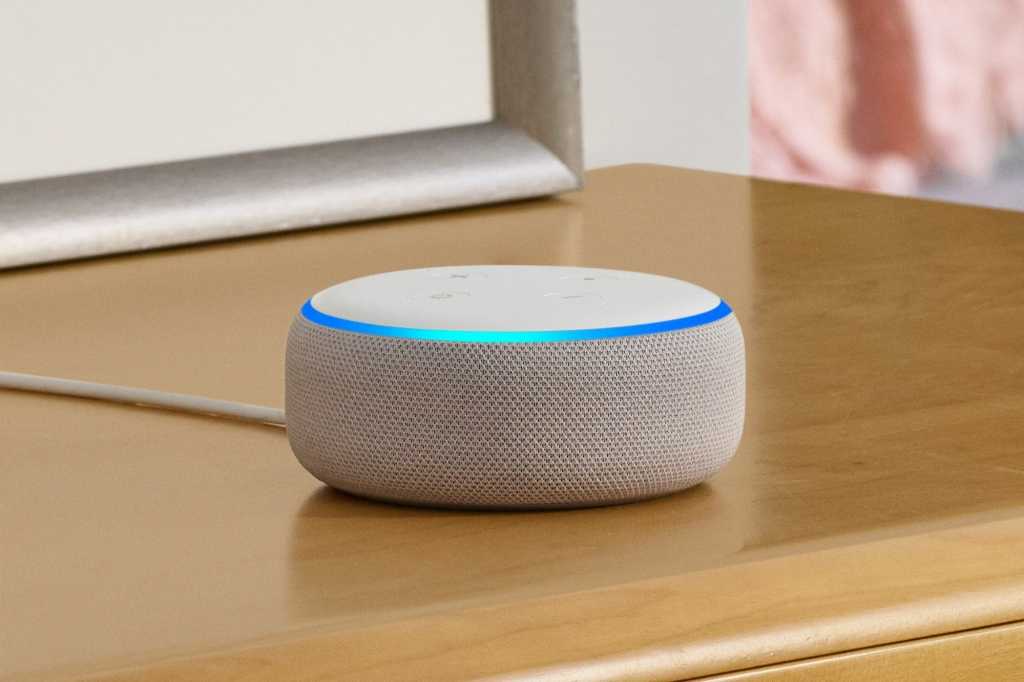 Why can’t you simply pick and choose which smart assistant you want to use on your favorite smart devices?

Good question, and on the day before it’s slated to reveal its latest Alexa-powered gadgets, Amazon says it has a solution: a new initiative that aims to ensure that smart-device users are free to choose which digital assistant they want to use on their devices, be it Alexa, Microsoft’s Cortana, Orange’s Djingo, or Salesforce’s Einstein.

In its announcement, Amazon ticked off more than 30 companies that are on board with its Voice Interoperability Initiative, ranging from BMW and Bose to Logitech and Spotify. Other boldface brands include Sonos, Sony Audio Group, Intel, Qualcomm, Ecobee, and Verizon.

Amazon says its initiative has four main goals: to foster voice services that work “seamlessly” with each other, to ensure smart devices support multiple wake words, to develop technologies that make it easier for multiple voice services to co-exist on a single device, and to boost the quality of voice interactions through “machine learning and conversational AI research.”

That all sounds quite logical, and indeed, there’s no practical reason that smart-device users (who have long been bedeviled by a confusing swirl of IoT standards and platforms) should need to switch voice assistants depending on the smart gadget they’re using.

Generally speaking, smart devices with a baked-in voice assistant tend to have only one of the big three (four, if you count Samsung’s Bixby). There are exceptions, including newer smart speakers from Sonos, such as the Sonos Move, which lets you use either Alexa or Google Assistant. That said, Sonos doesn’t let you seamlessly switch between the competing assistants; instead, you must choose one or the other in the device’s software settings.

Frustratingly, but unsurprisingly, the question isn’t whether the big players in the voice assistant arena can play nice together, but will they.

After all, Amazon, Apple, and Google have been bickering on and off for years. Amazon and Google only recently ended a tit-for-tat in which Google refused to offer its YouTube apps for Amazon’s Fire TV devices after Amazon refused to sell Google and Nest products to its massive customer base.

Then there was the Apple-Amazon spat that involved Apple not allowing an Amazon Prime Video app on the Apple TV because Amazon wouldn’t sell said Apple TV, which competes with its Fire TV streaming devices. While that skirmish was ultimately resolved, there’s still the vexing issue of the Amazon Kindle app for iOS that lets you read Kindle books but not buy them.

The point is that you can’t have three competing 800-pound gorillas in the room without squabbles, and that’s why Amazon’s Voice Interoperability Initiative, noble though it may be, has a certain pie-in-the-sky feel to it.

For its part, Google (in a statement to The Verge) said it needs to “review the details” before committing to anything, while Apple and Samsung have yet to break their silence.