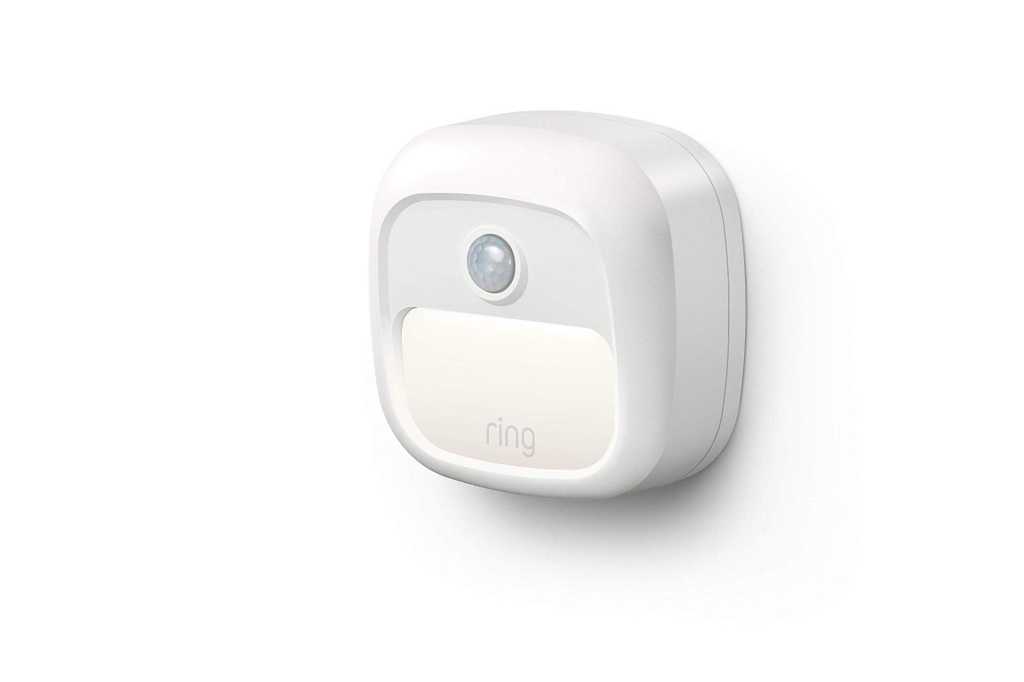 It’s expensive, but the Ring Smart Lighting Steplight is a worthwhile investment for smart-home enthusiasts already deep into the Ring ecosystem.

Outdoor steps can be treacherous in the dark. It’s easy to forget they’re there, and it’s even easier to misjudge exactly where they are. One moment you’re walking around outside your home, and the next you’re sprawled over your deck or porch—probably with injuries. Most homes don’t have illuminated steps, but they should. The new Ring Smart Lighting line includes a battery-powered step light that can make your home safer at night, but it’s expensive if this is your first Ring Smart Lighting product, and that cost will add up quickly if you need more than a couple.

The $25 Ring Smart Lighting Steplight requires a $50 Ring Bridge to connect to your Wi-Fi network, bumping the cost to illuminate a single step to $75. If you’ve invested in other Ring Smart Lighting products, then you already have this component and don’t need another. But the cost of illuminating a stairway or multiple steps around your home will still add up quickly.

The good news is that the bridge supports up to 50 of Ring’s smart lighting devices, and it enables all of them to work together. The lights can also work in concert with any of Ring’s video doorbells, security cameras, and the excellent Ring Alarm home security system.

The Steplight measures 3.58 inches square and is 1.85 inches thick. It has keyholes on the back for mounting to a vertical surface, such as a wall or a post, next to where you need to illuminate a change in elevation. The device runs on battery power (three C cells, which are not included), which is good news because it would be very expensive to bring AC power to the places you’ll want to deploy it. It is thoroughly weatherized, with an ingress protection rating of IP66 (meaning it’s dust tight and impervious to water sprayed from up to a 12.5mm nozzle), so you needn’t worry about hosing it off periodically.

A motion sensor with 15-feet of range and a 120-degree field of view triggers a 35-lumen LED, which casts a pool of white light (color temperature of 3500K) down and in front of the Steplight. An ambient light sensor prevents the light from turning on during daylight hours and wasting the batteries.

I mounted one to my home’s fiber-cement siding to illuminate a step that transitions my front porch down to a sidewalk that runs along the front of my house. It will be more difficult—but not impossible—to attach the Steplight to concrete steps. Ring wisely doesn’t provide adhesive strips for mounting the light, as they would likely fail in relatively short order when exposed to any kind of weather.

If you’re considering buying a Steplight, don’t forget to take the cost of batteries into account. A four-pack of AmazonBasics C cells costs $5.87 at the time of this review—that’s about $1.47 each, or $4.40 for each Steplight. Ring says a set of batteries should last one year under normal use, which the company calculates as eight to 10 activations per day, lasting 30 seconds each. That lifespan will drop if you choose to lengthen the time the light remains lit (up to five minutes), or if you enable the dusk-to-dawn setting that leaves the light dimly lit during those hours, instead of completely off in the absence of motion. Conversely, if you don’t need the full 35 lumens of brightness, you can use a slider to reduce the Steplight’s brightness, or you can lower its light sensor’s sunlight threshold (decreasing its sensitivity to darkness) to stretch its battery life.

Still, the ability to integrate the Steplight into the ever-broadening Ring ecosystem somewhat mitigates its price tag. First, you can group Ring Steplights together as well as with other Ring devices and control them as one. I created a group called Front Door that consists of the Steplight and two previously reviewed Ring Pathlights that are also near my front door.

Second, the Steplight’s motion sensor can trigger any other Ring device (or any groups of Ring devices) to perform an action (and vice versa). The Ring Floodlight Cam mounted outside my roll-up garage door, for example, will light up and record video when any Ring device detects motion, and the Ring Floodlight Wired mounted next to my other garage door will turn on. By the same token, I could have the programmed the motion sensors on both of those floodlights to turn on the lights in the Front Door group, but I elected not to because I didn’t want to drain the batteries on those devices unnecessarily.

Another terrific benefit for Ring Alarm users is that you can link the Ring Alarm base station to any of the other Ring devices to trigger them if the system goes into an alarm state. If someone sets off the alarm, you can have all your exterior lights fire up and have your outdoor cameras record video—hopefully of the perp running away. But it would be even better if you could link the Ring Alarm door/window sensors so that opening an exterior door would trigger the outdoor light to turn on and light your way without needing to worry if you’re in range of its motion sensor.

If it was just a few bucks cheaper…

I like the Ring Smart Lighting Steplight, but there’s no getting around its relatively high cost—especially if you also need to buy Ring’s bridge. Even if you’ve already purchased that component with another Ring Smart Lighting device, $25 per step (or two), plus the batteries, will add up quickly.

If you need to illuminate just a few steps, and you don’t care about the whiz-bang smart-home features this device offers, consider Amazon’s other step light: The Mr. Beams model MB530 Step/Deck Light. It also has a motion sensor, a dusk-to-dawn light sensor, and it puts out the same 35 lumens. Ring acquired Mr. Beams in 2018, shortly before Amazon acquired Ring, so it’s quite likely that the MB530 is the mold from which the Ring Steplight evolved. The Mr. Beams step light will only stay on for either 20 or 60 seconds, it won’t trigger any other device, and it can’t be incorporated into the Ring Alarm system. But at the time of this review, it cost only $9.24, and you could buy a two-pack for $7.20 less than the price of a single Ring Steplight.