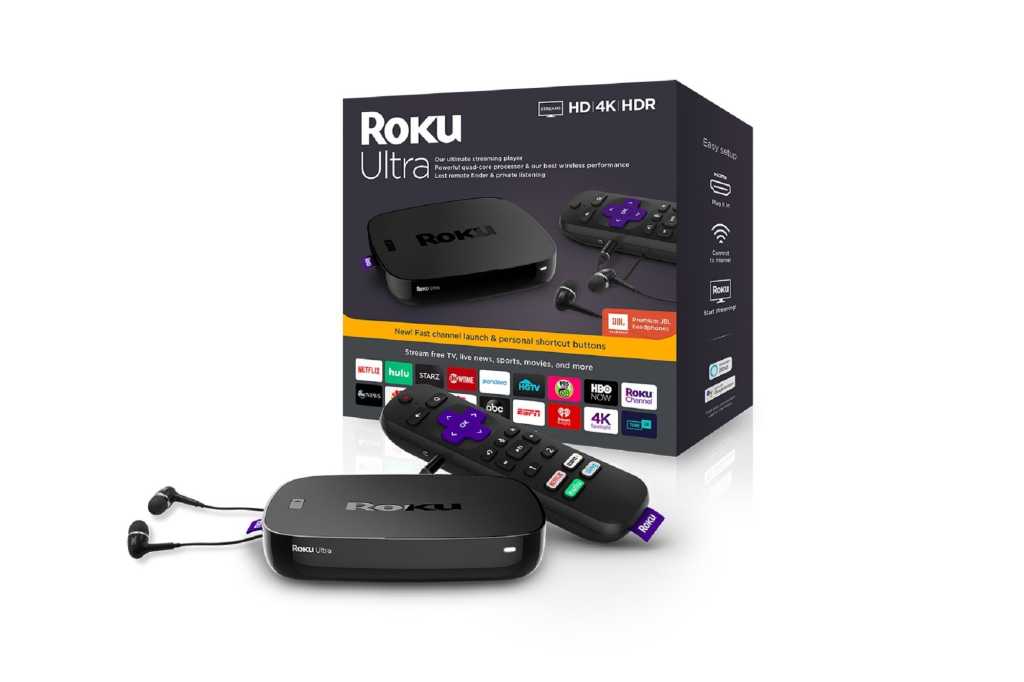 A rule of thumb in the streaming device business is that most people are going to buy the cheapest possible option instead of the best.

That explains why, in recent years, most companies have raced to the bottom on streaming player prices. Streaming dongles like the Amazon Fire TV Stick and Roku Express cost $40 or less and are pretty decent for the price, and you can get 4K HDR streamers for only about $10 more.

But while the push for ever-cheaper streaming players has been a boon for cost-conscious cord-cutters, it’s left a conspicuous hole in the $80 to $120 range, which was once the streaming box business’ bread and butter. If you wanted better performance than a budget streaming stick, you had to splurge on something much more expensive like the Apple TV 4K or the Nvidia Shield TV, both of which sell for $180.

Now, the mid-range streamer seems to be making a comeback with the new Roku Ultra ($100) and Amazon Fire TV Cube ($120). Although both boxes are technically updates to older models, they also emphasize performance in ways their predecessors never did. Even if these devices don’t outsell their cheaper siblings, they’ll at least provide a step up for cord-cutters who are willing to spend a little—but not a lot—more.

A return to speed

Roku’s streaming player lineup provides the perfect example of how the $100 streaming box category has languished over the past few years. When the Roku Ultra debuted for $130 in 2016, it was a more powerful option than Roku’s $50 Streaming Stick, and it was the only Roku model with voice search. Along with the $100 Roku Premiere+, it was also one of the company’s only streamers capable of 4K HDR video.

Since then, many of the Roku Ultra’s benefits have trickled down to cheaper models. The $60 Roku Streaming Stick+, which launched in 2017, gained 4K HDR, voice search, and similar performance to the Premiere+ and Ultra. The 2018 Roku Premiere+ brought those same benefits down to a $50 price tag, the only trade-off being an older 802.11n wireless adapter.

Meanwhile, subsequent Roku Ultra revisions brought no performance improvements and no unique features, leaving a USB port, an ethernet jack, and a microSD card slot as its primary selling points. (It also has a headphone jack on its remote for private listening, but this feature is also available for any player through the Roku mobile app.) The 2017 version had a lower price of $100, but removed optical audio output, and the only improvement in 2018 was a free pair of earbuds in the box. The resulting product was tough to recommend over cheaper options.

The 2019 Roku Ultra, which launches next month for $100, will once again distinguish itself on speed. Thanks to a higher processor clock speed and more memory, Roku says apps will load 17 percent faster on the new Ultra, and live TV streaming apps in particular will load 33 percent faster. The new box also respects users’ longstanding wish for programmable quick-launch buttons, with two that you can map to any voice command. Those additions should make the Ultra feel like a meaningful upgrade over the Roku Streaming Stick+, which itself has gone unchanged since 2017.

Amazon’s Fire TV line tells a similar story. For the past four years, the fastest Fire TV device has been the second-generation Fire TV box, which launched in late 2015 for $100. Amazon has released four new streamers since then, including a second-generation Fire TV Stick, a 4K version of the Fire TV Stick, a pendant-shaped 4K Fire TV, and the original Fire TV Cube. And yet, a streaming box from 2015 trounces all of them in both single-core and multi-core performance.

Aside from just making navigation faster and smoother, the extra speed will enhance the Fire TV Cube’s primary selling point, which is the ability to control it with Alexa voice commands. For basic device control, such as scrolling around or selecting items, the new Cube will process commands on the device instead of running them through Amazon’s online servers. Amazon says it’ll respond to those commands four times faster as a result.

If I had to guess why the $100 streaming box is making a comeback, I’d say it’s a reflection of the growth in cord-cutting and streaming video overall. Cheap streaming devices might get people in the door when they’re curious about cutting cable, but as streaming becomes the main way people watch TV, they might be willing to spend a little more on a device that doesn’t hold back on speed.

The only question is whether other device makers will now follow the lead of Roku and Amazon. Google’s Android TV platform still desperately needs a flagship streaming device, and it’s not hard to imagine the company releasing something similar to the Fire TV Cube—only with Google Assistant instead of Alexa—in the same price range. (Rumor has it, though, that Google won’t have any sort of “hero” Android TV device ready until 2020.)

As for Apple, it was once the $100 streaming box standard-bearer with the second- and third-generation Apple TV, but since discontinuing the latter model in 2016, the company has steadily lost streaming device market share. The $180 Apple TV 4K and $150 fourth-generation Apple TV are just too expensive for most people, which is a problem if the company wants to get services like Apple TV+ and Apple Arcade front-and-center in people’s living rooms. Now’s the perfect time for Apple to reoccupy the $100 price range, either with a big price cut on the fourth-generation Apple TV or with something entirely new.

None of which is to suggest that cheaper streaming players will go away, nor should they. The Fire TV Stick 4K and Roku Streaming Stick+ are both excellent players, and I’m sure they’ll get new and improved versions over time. Still, it’s nice to have some upgrade options that don’t require spending three or four times as much.