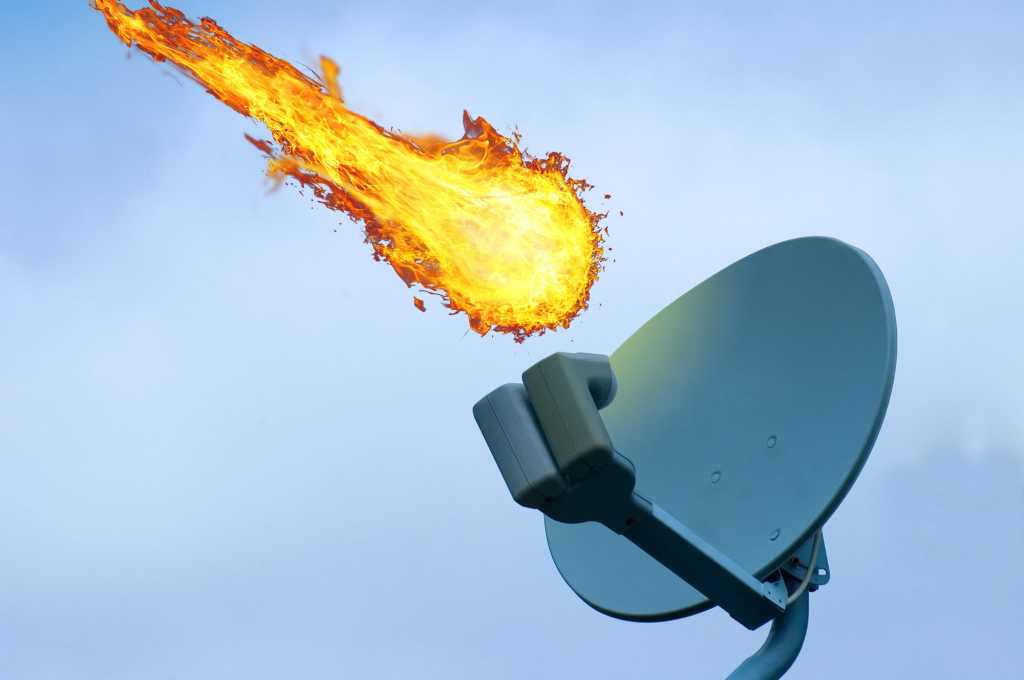 During Monday Night Football this week, Disney kicked off the all-too-familiar dance of a carriage dispute by weaponizing its viewers.

In the middle of ESPN’s telecast, Disney warned DirecTV customers that they might soon lose access to ESPN, Disney Channel, and Freeform. The full-screen ad included a phone number that reiterated the warning before offering to connect the caller with an AT&T representative to complain. (AT&T operates DirecTV, U-Verse, and its AT&T TV streaming services, all of which are at risk of losing Disney-owned channels in the dispute.)

We’ve seen this play out plenty of times before, and it usually ends the same way: The TV service provider, not wanting to lose popular channels and customers along with them, largely relents to the programmer’s demands, which usually involve getting more money for the same channels. The result, both for the customers who complained and for those who didn’t, is a price hike.

While the term “carriage dispute” implies equal responsibility for these incidents, in reality one side bears most of the blame. That would be programmers like Disney, which instigate these blackouts knowing that AT&T and other TV providers will absorb the ill-will. Unless TV providers get more aggressive in responding to these tactics, it’s hard to see them letting up.

Blackouts aren’t a new negotiating tactic for TV networks, but they’re now happening at a record pace. Just the first seven months of this year have brought 230 blackouts according to the American Television Alliance, a lobbying group for pay TV providers. That already tops the previous full-year record of 213 blackouts in 2017, and is up from just 90 blackouts in 2012.

The uptick in blackouts has several potential explanations, but the simplest is that TV providers have tired of paying ever-higher fees for the same channels in the age of cord-cutting. When your TV bill goes up, it’s not simply because your TV provider has decided to make more money. Instead, the programmers that operate each channel—and, in many local markets, the broadcasters they work with—are pushing for higher fees from customers, both to compensate for a shrinking subscriber base and because their own programming costs (such as the rights to live sporting events) are going up. Cable and satellite TV providers end up passing those costs onto customers, which in turn makes cord-cutting look a lot more attractive.

Although this dynamic affects all TV providers, Dish Network and DirecTV have the most to lose. Unlike Comcast and other cable companies, they’re not selling cord-cutters on home internet service, which is more profitable than TV bundles anyway. And while both Dish and AT&T operate their own live TV streaming services (namely Sling TV and AT&T TV Now), the growth of those services has stalled, putting more pressure on the traditional TV side to keep profits up.

As a result, we’re seeing a lot of high-profile blackouts or threats of blackouts involving satellite providers, but not so many on the cable side. Dish Network, for instance, recently dropped regional Fox Sports networks from both its satellite service and Sling TV after negotiations broke down, and has its own looming carriage dispute with Disney over  the FX and National Geographic channels. AT&T also went without CBS- and Nexstar-owned local channels for three and eight weeks respectively during a carriage dispute this summer.

Meanwhile, Charter just inked a new multi-year deal with Disney without incident, and is reportedly now planning to—you guessed it—raise prices for TV service. As CNBC noted in late July, the result will be even more pressure on other providers to accept similar hikes, which might explain why Disney feels emboldened to threaten more blackouts.

The case for counter-programming

If there’s any blame to lay on the likes of AT&T and Dish Network, it’s indirect: Their inability to anticipate cord-cutting and plan accordingly—for instance, with competitive, nationwide wireless home internet service—now contributes to their present misfortune. One might also argue that after years of poor customer service, questionable sales tactics, and sneaky fees, the bill is finally coming due as TV networks tap into a wellspring of negative consumer sentiment.

Still, I don’t think it’s too late for TV providers to rally customers behind them in a more aggressive way. Instead of just issuing tepid PR statements about “choice” and “value” to media outlets, let’s see companies like Dish Network issue their own counter-programming. The Sling TV app, for instance, would be a great place to warn price-sensitive customers that Disney wants to make their service more expensive. It could even link to the network’s Twitter or Facebook pages so viewers can easily complain. Why be polite when TV networks are harnessing public outrage to extract more money out of a shrinking audience?

Even better, let’s see satellite providers give customers a discount—even just a modest one—when channels go dark. That more than anything would show that TV providers are on the side of keeping costs down, and that playing hardball with networks has benefits.

As for what customers can do, I won’t begrudge anyone for dropping a service that no longer carries the channels they need. But if you decide to complain along the way, just make sure your outrage is directed at the proper source, and don’t be surprised if the price hikes ultimately flow to wherever you land next.