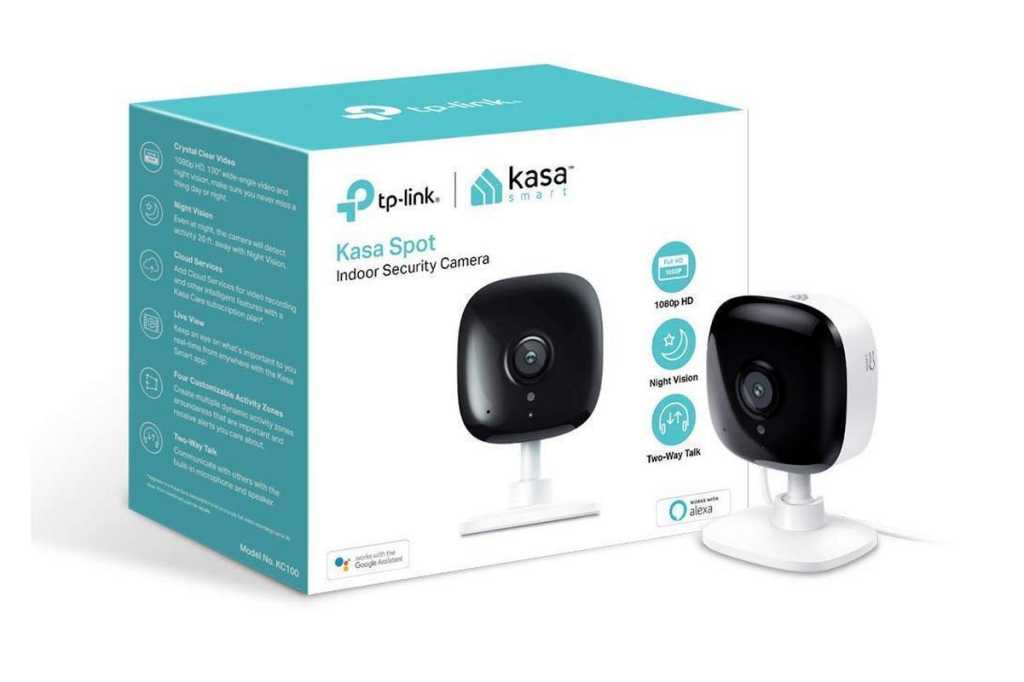 The Kasa KC100 offers 1080p video, a 130-degree field of view, activity alerts on the Kasa mobile app, night vision, two-way audio, customizable activity zones, and Alexa and Google Assistant support. We haven’t reviewed the KC100, but we gave its more upscale brother, the KC120, 4.5 starts out of 5. The major differences? The KC120 has a fancier industrial design, records at 30fps rather than a rather choppy 15fps, and more advanced Wi-Fi connectivity.

As for that “renewed” designation, Amazon explains: “Renewed products work and look like new. These pre-owned products have been inspected and tested by Amazon-qualified suppliers. Box and accessories may be generic. All Renewed products come with the 90-day Amazon Renewed Guarantee.”

Bottom line: Kasa does solid security cameras, and this one is crazy inexpensive.