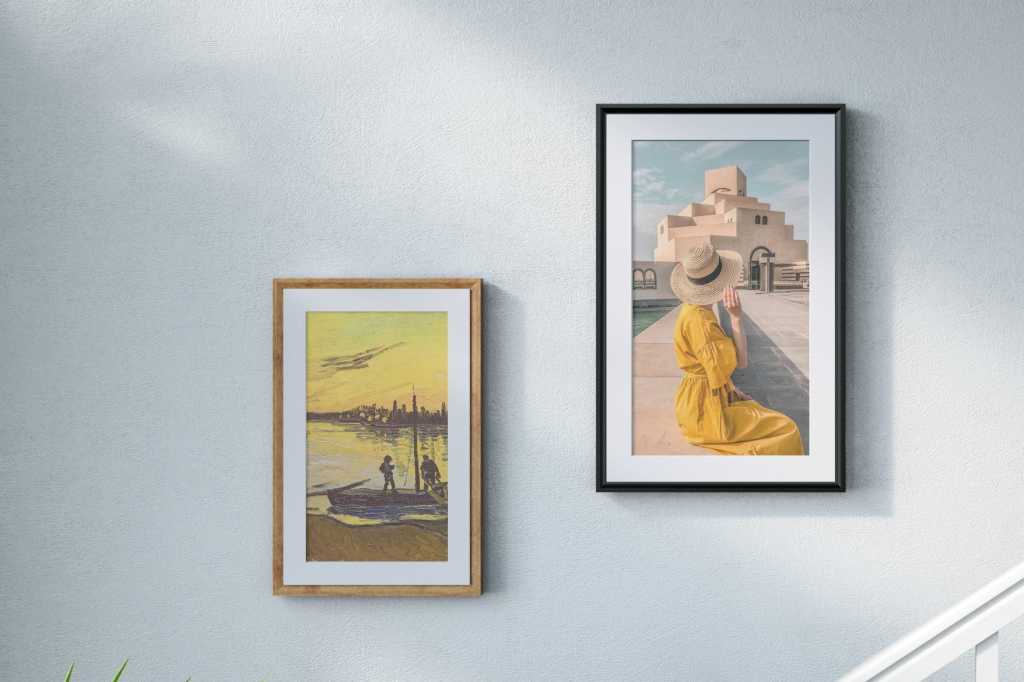 Meural’s Canvas line of wireless, high-end digital photo frames go several steps beyond the garden-variety models you can snap up at your local drug store, and the latest version promises better Wi-Fi, Alexa support, and even an optional subscription service of digital masterpieces.

Unveiled at the IFA trade show in Berlin, the wireless Canvas II digital photo frame comes in 21.5-inch and 27-inch sizes, and it’s slated to ship later this month.

Designed to show off priceless works of art using Meural’s 16.7 million-color “TrueArt” display technology, the Canvas II photo frames are (unsurprisingly) not cheap, with the 21.5-inch version starting at $400 while the 27-inch frame goes for $600 and up, depending on the frame style. Four are available, with wooden frames costing an extra $100. You can pre-order the Canvas II on the Meural website.

There’s also a $70-a-year subscription service that lets you tap into Meural’s library of about 30,000 pieces of art, including works by Keith Haring, Jean-Michel Basquiat, Leonardo da Vinci and Michelangelo Caravaggio, to name just a few.

If you’d rather skip the extra subscription cost, you could always just upload your own snapshots using either the SD card slot or USB port on the side of the frame. You can even schedule specific images to be displayed at different times of the day.

To change the picture on the Canvas II, you can simply swipe it with your fingertip, or you can ask Alexa for a new piece of art. You can also control the frame using the Meural mobile app or a web portal.

The Canvas II features “enhanced” dual-band 802.11ac Wi-Fi radios from Netgear (which acquired Meural last year), plus the ability to add a frame to your wireless network by scanning a QR code.

Powered by a quad-core 1.8GHz ARM Cortex-A17 processor, the Canvas II comes equipped with 8GB of local storage, 2GB of DDR3 RAM, and an ethernet port.

Designed to use 45 percent less power than previous Canvas models, the Canvas II boasts a revamped front-facing ambient light sensor that automatically adjusts the brightness of the anti-glare, 1080p AHVA display according to the ambient light in the room.

The 16:9 Canvas II can be mounted in landscape or portrait orientations (a sensor detects which way the frame is hanging), while an optional $50 swivel mount lets you quickly switch the frame’s orientation.