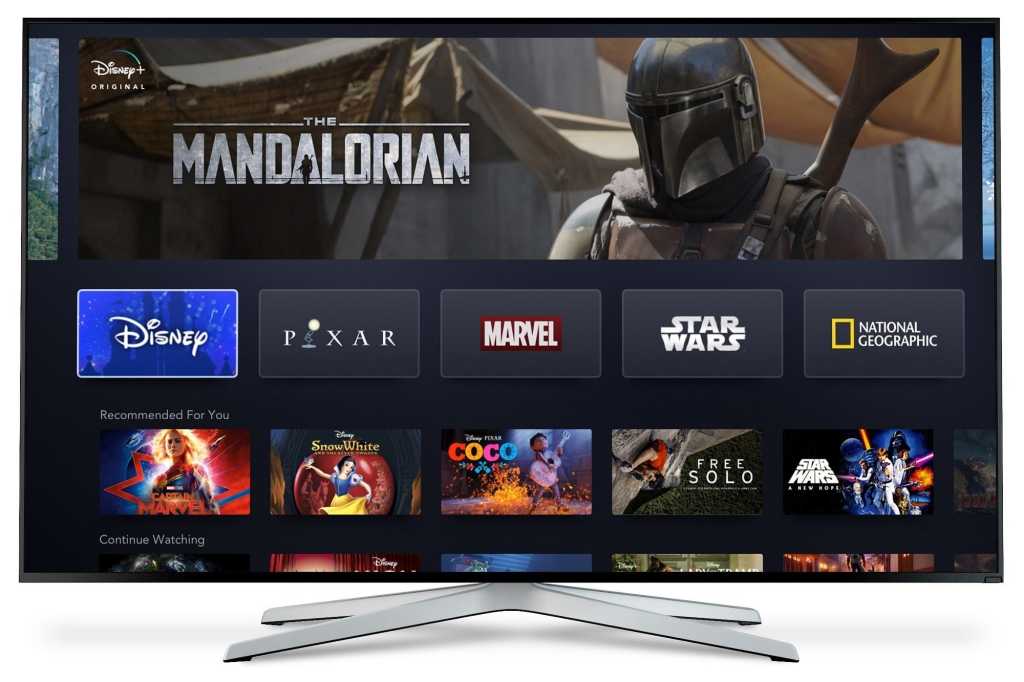 UPDATE: Disney now says that it misspoke in response to questions earlier this week about device activation limits for Disney+. While the company previously said that users would only be able to use 10 devices total, it now says that limit only applies to downloads on mobile devices. “There is no limit on the number of devices that can be associated with your account,” spokeswoman Jessica Casano said.”

Keep in mind that limit of four devices streaming at the same time—a fairly generous number among streaming services—still applies. The original story continues below.

Late last week, Disney revealed lots of new details on Disney+, the $7-per-month streaming service that it’s launching on November 12 (you can purchase your Disney+ subscription here if you’re interested).

Among the announcements was a troubling bit of fine print: For each Disney+ account, subscribers will only be able to authorize up to 10 devices total. This limitation is in addition to the maximum four devices per account that can stream Disney+ at the same time.

For now, Disney isn’t saying what will happen if subscribers exceed the 10-device limit, but unless those users have an easy way to deactivate devices as well, the limit could easily become an annoyance even for legitimate customers in a single household. Let’s hope this isn’t the start of a draconian new trend in the fight against password sharing.

The problem with device limits

Limits on simultaneous streams are already commonplace among streaming video services. Netflix, for instance, allows one, two, or four concurrent streams on its Basic (standard definition), Standard (HD), and Premium (Ultra HD) plans respectively. Hulu used to allow only one stream at a time, but now allows two, as do Amazon Prime Video and CBS All Access. HBO Now and Showtime both allow three streams at a time.

While these limits might not prevent friends or extended family from sharing access to a single account, they at least keep password sharing from getting out of control. By contrast, strict device authorization limits might discourage subscribers from distributing their passwords at all, lest some distant cousin use up all your activations and keep you from watching The Mandalorian on your iPad.

The problem with this approach—or at least Disney’s 10-device limit in particular—is that it could easily be hit by a single household as well, especially with a service that caters to the entire family. (Among the perks of Disney+ is support for up to seven user profiles.) Activate a couple smart TVs or streaming boxes here, plus a game console there, and then throw in a family’s worth of phones, tablets, and laptops, and suddenly 10 authorizations doesn’t seem like a whole lot. And that’s before everyone starts upgrading their iPhones and Xboxes to the latest hardware.

That might explain why streaming video services have largely avoided device activation limits so far. Netflix had a six-device limit in its early streaming days, after which you had to deauthorize devices through its website, but the company eventually abandoned that system. Showtime says you can only sign into five devices at a time, but that just means you must sign in again on previously used devices after exceeding the limit. For most streaming services, fielding complaints from folks who’ve hit their device limits probably isn’t worth the trouble, especially when the industry is divided on whether password sharing is a major problem to begin with.

How will Disney handle it?

In lieu of more details from Disney, we can only speculate on how the company might handle device activations.

The worst-case scenario would be a hard cap of 10 devices with no leniency, but that would be impractical in the long run as subscribers replace their old phones, tablets, comptuers, and streaming devices.

Alternatively, Disney could allow users to deauthorize any devices they’re no longer using without penalty. It could take a page from Google Play Music and put a limit on how many devices users can deauthorize in a given period time. (In Google’s case, that limit is four deactivations per year. If you need to remove more devices than that, you must plead your case with Google support, which presumably provides an extra layer of protection against password-sharing abuse.)

It’s also possible that I’m blowing all of this out of proportion, and Disney’s enforcement won’t be quite so strict. Perhaps Disney+ will only require a fresh login on previously used devices after activating 10 others, or maybe the 10-device limit will just be an official number that the company seldom enforces.

In any case, speculating about all this isn’t premature given that Disney is already selling subscriptions to D23 fan club members. If you sign up for the fan club by this Sunday night—even on the free tier—you can lock in three years of Disney+ for $141, which is 33 percent off the regular $70-per-year price. The deal only lasts until Monday, which means you can’t wait and see whether the device limits will pose a problem before committing to what’s effectively a long-term streaming video contract.

And whether you’re subscribing to Disney+ or not, it’s worth keeping an eye on how its device limits work. If it becomes a trend, it could mean a whole new category of streaming video annoyances.