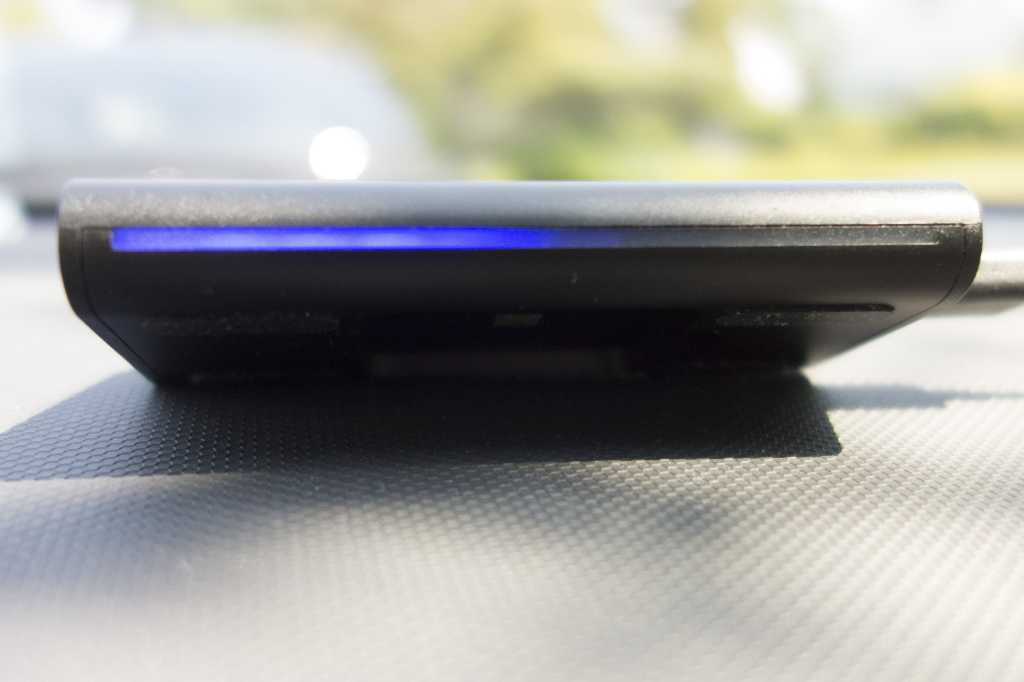 The Amazon Echo Auto puts Alexa in the car, but it doesn’t bring anything new to the game.

Amazon’s strategy of putting Alexa everywhere is hampered by one key fact: It doesn’t make a phone. That means Alexa’s influence is severely hampered as soon as we leave our houses. To help close that gap, Amazon has made Echo Auto, a dashboard device that brings Alexa into your car.

As a concept, it’s a fine one. Next to our homes, our cars are where we spend the most time, so short of selling a pair of Alexa headphones (which are rumored to be in the works), an in-vehicle device is the best way to expand Alexa’s reach. To compete against our phones and navigation systems that already offer assistants always at the ready, however, Echo Auto needs to bring a compelling reason to put one in your car. There’s just one problem: You need a phone to use it, which kind of defeats the point.

Is there an Echo in here?

Let’s start with the design. At 3.3 x 1.9 x 0.5 inches, the Echo Auto isn’t a small device or a particularly pretty one. Whether you’re putting it in the center console or propping it up using the optional Echo Auto Air Vent Mount, it’s far more noticeable than the relatively svelte Roav Viva—and not in a good way. The bulbous enclosure has little character and picks up fingerprints much too easily. And since it depends on one of your 12V sockets for power, hiding it (and its cord) will take some doing.

As soon as you plug the Echo Auto in with the provided Micro-USB cable and in-car power adapter it will spring to life, with a an LED strip lighting orange to let you know it’s ready for setup. Like any Echo device, you’ll need to open the Alexa app on your smartphone to connect it. You’ll then need to add it as a new device and run through a few sound checks, but it’s all very quick. All in all, you should be up and running in less than a minute.

Inside its rectangular frame are eight microphones, which seem like overkill, all visible at the top of the device. A multi-microphone array is useful for a device that might be across the room when you ask it a question, but the Echo Auto will never be more than a foot or two out of earshot. But all those microphones do mean the Echo Auto will hear you the first time every time, which can’t be said for other devices I’ve tried. There’s also a button on the top for activating Alexa without saying the wake word, and another for muting the microphones.

Once you start using the Echo Auto, one thing becomes painfully clear: there’s no display. You can ask it to do the same things that you’d use Android Auto or Apple CarPlay to do, such as play music or get directions, but there’s no Echo Show-style interface to display it. Instead, the Echo Auto uses the screens at its disposal–the nav system for music, your phone for directions–which sort of defeats the purpose of asking Alexa to do it in the first place.

The Echo Auto does have a speaker inside, but it’s only used for setup and error messages. Otherwise, once it’s connected to your phone and your car, that’s where the audio will come from, depending on what the Echo Auto is doing. For responses, you’ll need to make sure your car is switched to the Bluetooth source, or else you won’t hear anything, and even then it’s not perfect, at least in my experience. When going through my Hyundai Ioniq’s sound system, the first part of songs and phrases were slightly truncated after waking Alexa and performing an action.

But the larger issue with the Echo Auto is its purpose. You can drop in on other Echoes, but you can just as easily use your phone to make a call. (Thankfully other people can’t drop in on you while you’re driving, which would almost certainly be an accident risk.) You can play music through a variety of sources (including Apple Music), but you miss out on the fancy interface of CarPlay or Android Auto. Text messages send both an audio recording along with the text, with no way to turn it off. And when you ask for directions, it merely defers to the default navigation app on your phone.

Should you buy an Amazon Echo Auto?

It won’t take long for the Echo Auto’s biggest issue to become apparent: It’s basically superfluous. Since you need to have a phone with you for it to work, it basically acts as a middledevice. It doesn’t do anything you can’t already do with your phone, and it doesn’t really make voice interactions any easier. In fact, without a screen or its own cellular connection, you could argue that it makes the process longer by needing to hand off to either your car’s stereo or a smartphone app.

But in a vacuum, the Echo Auto is a fine device. It would have been a much better device had it been released three years ago, but it does what it’s supposed to do. I wouldn’t say its worth its $50 MSRP, but for $25—the price Amazon is charging during its invitation-only period—you probably won’t feel any buyer’s remorse by picking one up.