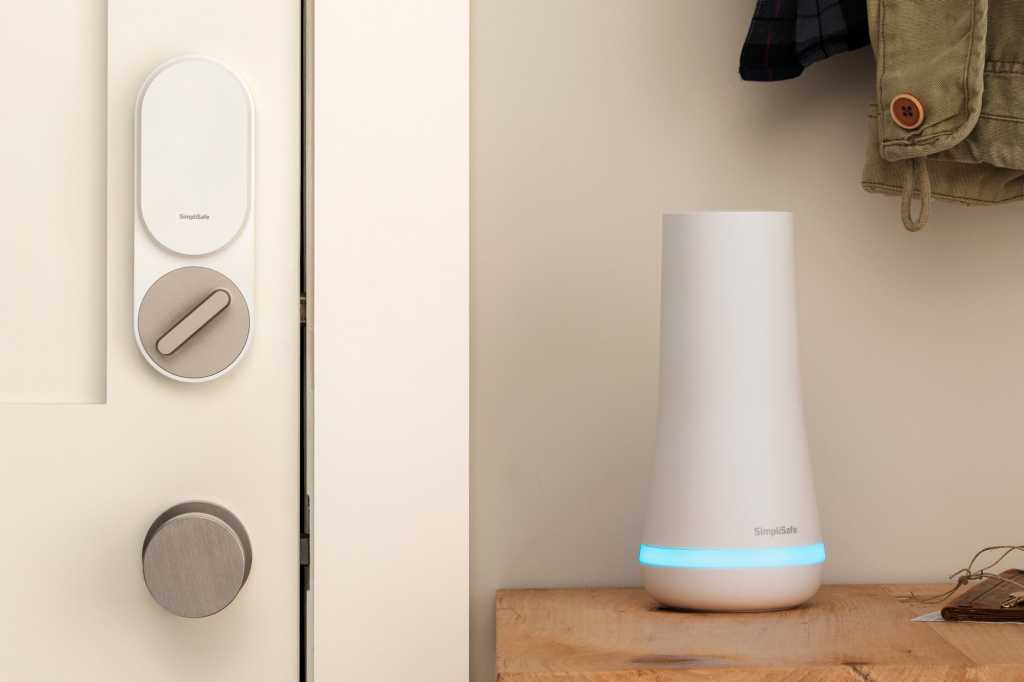 Until now, if you wanted to add a smart lock to your SimpliSafe home security system, you had to purchase an August Smart Lock or August Smart Lock Pro. And you had to add the August Connect if you wanted to control the lock from afar. Today, SimpliSafe announced a smart lock of its own, and it’s priced much lower than either of August’s systems: Just $99.

It’s worth noting, however, that like the August products, SimpliSafe’s smart lock is a converter for an existing conventional deadbolt. You won’t be able to use it if you don’t already have that type of lock on your door. The upside of converting your existing deadbolt—besides the lower cost—is that you can use a physical key to open the lock if the smart lock’s batteries expire. SimplieSafe’s lock requires four AA batteries, and the exterior backlit PIN pad is powered separately by two coin-cell batteries. (Your first set of all six batteries are included).

We liked the latest version of SimpliSafe’s DIY home security system, awarding it four stars when we reviewed it in May 2018. The company added an equally good video doorbell to its lineup late last year, so having a first-party smart lock is a wise move on their part. Pricing it at just $99, meanwhile, makes for a very inexpensive smart home upgrade.

The new lock depends on the SimpliSafe Hub for communications, using the same unlicensed wireless spectrum that the system’s network of sensors uses. The Hub serves as a bridge to your Wi-Fi network, so that you can determine the status of the lock, as well as lock and unlock it, from anywhere you have broadband access. The presence of other sensors—particularly having a sensor on the entry door where you install the lock—enables the SimpliSafe Hub to prevent the lock from locking if the door is ajar. That, in turn, prevents the bolt from damaging the door frame if the door slams shut with the bolt extended.

The key fob that comes with the SimpliSafe system can also lock and unlock the deadbolt. If you forget to lock the door, an auto-lock feature will automatically activate the deadbolt if the door is closed. The lock is also compatible with Amazon Alexa and Google Assistant, so you lock it with a voice command (you cannot unlock the deadbolt, even with a PIN).

You can use a PIN to enable guests to unlock the door, but this feature is relatively limited. You can grant or revoke guest access at any time, but guest PINs cannot be limited to a given time window (e.g., between 2:00 p.m. and 3:30 p.m. every Tuesday and Wednesday). You also cannot create one-time-use PINs that automatically expire. So if you want to grant a contractor access to your house to do a job, you’ll need to remember to deactivate the PIN after he or she has finished. Since the lock is accessible via broadband, your other alternative would be to use the app to unlock the door when the person calls you from your doorstep, and then have it automatically lock when they leave (or have them call you when they’ve exited and lock it immediately from the app).

The SimpliSafe Smart Lock will be available for purchase in three colors—Nickel, Cloud, and Obsidian—directly from SimpliSafe.com on September 15 for $99. You’ll also be able to pre-order the lock from BestBuy.com on October 1, with in-store availability at Best Buy stores starting October 13. We’ll have a full hands-on review as soon as we get a sample.