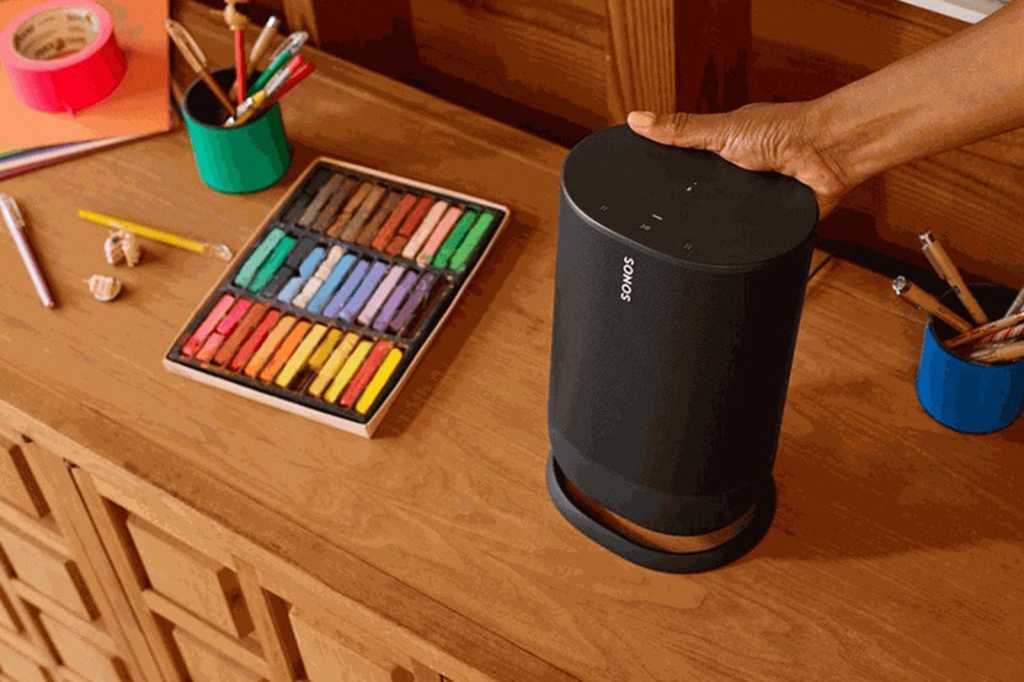 If there’s one thing missing from Sonos’ lineup of speakers, amps, and subwoofers, it’s portability. According to a series of leaks, that’s about to change.

Dave Zatz of Zatznotfunny spotted a filing for a new Bluetooth speaker that Sonos made with the FCC on August 10. Now more images and details—including what could be the name of the product—have leaked on the German website WinFuture. The Sonos Move could be the company’s first Bluetooth speaker.

According to the pics, the speaker looks something like the Sonos One but will reportedly be “both taller and slightly wider,” according to The Verge. Like the One, the Move will feature support for Amazon Alexa and Google Assistant, as well as Apple devices with AirPlay 2.

The specs of the Sonos Move are largely unknown, but we can glean quite a bit from the leaked images. The back of the device has buttons for power and connect, as well as a Bluetooth/Wi-Fi toggle for switching between in-home and mobile connections, as well as a USB-C port. It also has a proprietary pins that attach to a base for charging.

The pictures all show a black device, but there will likely be a white variant as well.

Among the things we don’t know about the Sonos Move are arguably the most important: battery life, water resistance, and price. But we won’t have to wait long: Sonos is holding an event on Monday, August 26, where it will presumably unveil the new speaker.