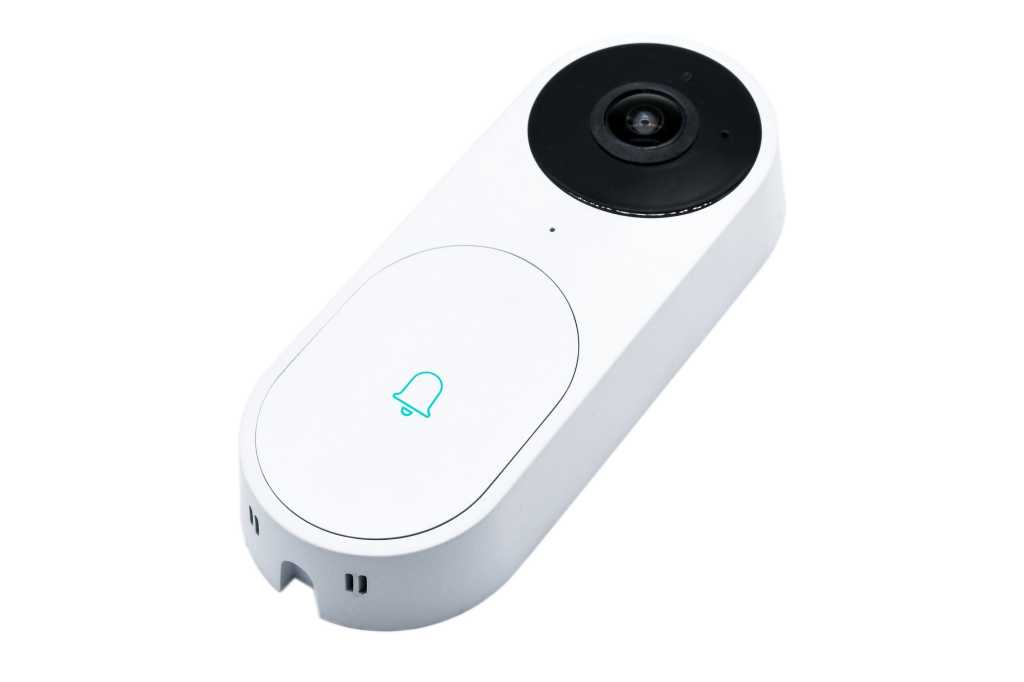 Netvue
At a Glance

If the Netvue Belle’s motion detection worked better at night, this budget-priced video doorbell would be an attractive option, even though its hyped AI is a lot of hot air. But it has too many other shortcomings for us to recommend it.

Netvue markets its Belle video doorbell as the first to be powered by an artificial intelligence that enables it to remember and associate names with faces (so it can learn to greet your guests by name) and instruct delivery people where they should leave packages. But in my experience, this home security device simply annoyed anyone who stepped foot on my porch.

The Belle’s AI sounds great on paper, but it just doesn’t work in execution. It’s largely designed to give delivery people pre-recorded instructions as to where they should leave packages (on the porch, for example, in a safe place, or at the back gate). That would be a truly great feature—if it worked.

In the real word, the Belle interrogates anyone who rings its bell, asking a series of questions about what the visitor is doing on your porch—including asking their name and if they have a package. But the doorbell’s limited ability to understand responses and react accordingly is so dismal that delivery people avoided it after their very first encounter.

There’s no way to know how accurate the Belle is when it comes to associating names to faces because the app doesn’t provide any means for you to review the information, much less correct it or even delete it. With facial recognition technology becoming a legal hot button these days, that’s problematic in and of itself.

It’s not all bad

The Belle does have some redeeming qualities; in fact, the user-defined motion detection zone feature in Netvue’s app is among the best I’ve seen. It divides the camera’s field of view into 12 segments. You click on each one to either enable or disable motion detection in that square to provide a surprisingly precise level of fine tuning. During daylight hours at least, I was able to program the Netvue to capture a person walking up to my porch, but ignore things like the cat walking past the camera and the tree branches swaying in the breeze in the distance. This greatly reduced the number of spurious notifications that someone was at the door but hadn’t rung the bell.

The camera’s 1080p video feed, meanwhile, looks quite good even if it isn’t pristine and has a pronounced fisheye effect. The camera’s night vision, on the other hand, was more problematic. I have no complaints about the video quality at night, but its motion sensor was totally unreliable in low light when it came to detecting people moving in front of it. It seemed much more attuned to changes in lighting and would register motion whenever car headlights went down the road nearby or lightning flashed in the sky. Rain would set it off, too, and it was oddly fond of moths. During testing, however, I could walk in front of the Belle at night and it wouldn’t register my presence at all unless there was some other light source—such as the door it was installed next to opening to spill light onto the porch.

Unlike some video doorbells—perhaps most notably the Ring Video Doorbell 2—the Netvue Belle depends on your home having existing low-voltage wiring in its walls. In other words, if you don’t already have a doorbell with a chime and a transformer, you probably won’t be able to install the Belle. And if you do, you might have trouble if you’re mounting this doorbell to anything but a perfectly flat wall, because Netvue doesn’t provide any alternative backplates that would accommodate installation on an angled surface or that would adjust its camera’s angle of view.

Linking the Belle to Netvue’s mobile app, on the other hand, is easy. You can view a live stream from the Belle and talk with a visitor in front of the camera, but you’ll need to sign up for a subscription plan to have the doorbell record video. Netvue offers three alternatives: For $2 per month ($20 if paid annually), Netvue will store video in the cloud whenever someone rings the doorbell. For $1.99 per month ($19.99 if paid annually), you’ll get 10 seconds of video recorded in the cloud every time the camera’s motion sensor is triggered. Those first two plans keep a running 30-day history. The third plan is very different: For $6.99 per month ($69.99 if paid annually), the Belle will continuously record video to the cloud, with a running 14-day history.

Is the Netvue Belle a good value?

The Belle’s dependence on low-voltage wiring will automatically rule it out for some households. If your home has that infrastructure and you’re contemplating replacing your existing doorbell to take advantage of this one’s promised AI features, don’t bother—it just doesn’t work as advertised.

On the other hand, the Belle delivers good-quality 1080p video, and its user-defined motion detection zone scheme is among the best I’ve seen. But that benefit is undone by its poor motion-detection performance at night. In short, the cons outweigh the pros, making this video doorbell hard to recommend—low price tag or not.