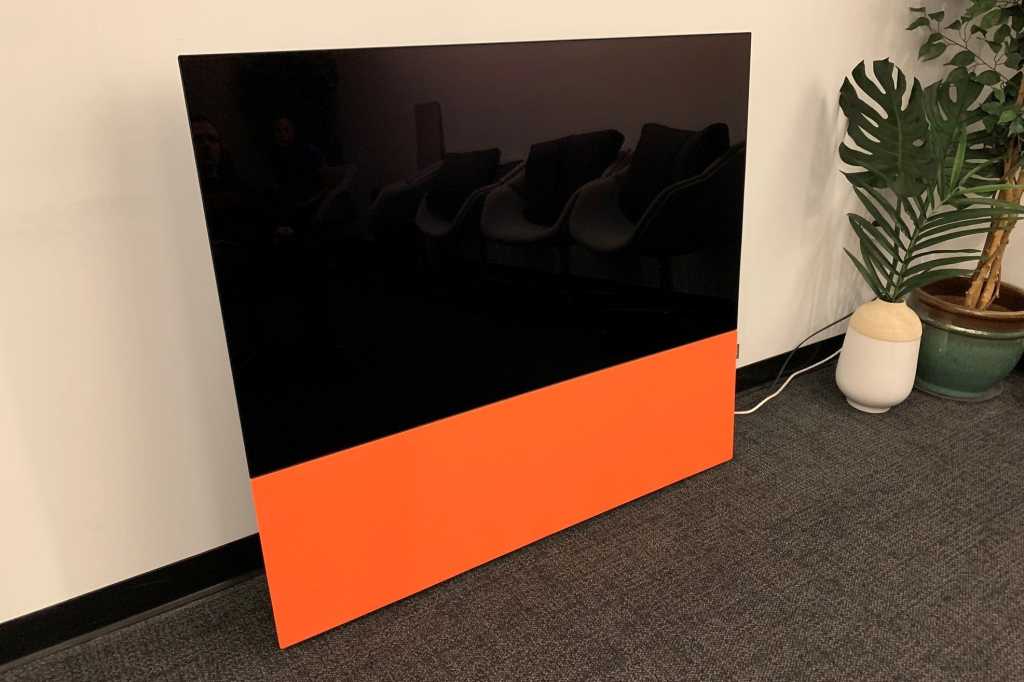 Those of us with detailed, room-shaking audio in our home theaters must typically make do with a set of boxy speakers or a clunky soundbar plunked in front of the screen, but the makers of a new single-cabinet speaker claim they can deliver high-end sound in a slim, trim package.

Designed to fit precisely beneath (and to support) select 55- and 65-inch LG OLED TVs, the crowdfunded Canvas speaker boasts a magnetic fabric cover (available in five colors) that conceals a pair of six-inch long-excursion drivers and two ring radiator tweeters.

The speaker’s enclosure measures about 15 inches high and eight inches deep, and it has a compartment in the front in which you can hide an Apple TV or similar set-top box. Excess lengths of power and HDMI cables can be hidden in a cloth pouch in back.

Once installed beneath your LG OLED TV, the Canvas speaker ($1,000 for the 55-inch model, or $1,100 for the 65-inch version) looks like it’s the bottom section of a large flat panel that ties the speaker to the TV, so they appear to be a single unit.

During a demo in Brooklyn, Canvas Audio CEO and co-founder Kim Neeper Rasmussen told me the Canvas is designed for audiophiles who want “invisible hi-fi” in their living rooms, minus the clutter of typical home theater speakers or soundbar/subwoofer combos.

The stereo speaker eschews any Dolby or DTS audio processing, according to Rasmussen. Instead, the speaker relies on Bacch 3D sound, an audio technology developed by a Princeton physics professor that’s designed to eliminate the crosstalk between stereo speakers, the idea being that sound from the left and right speakers will be heard only by the correct ear. The catch with Bacch 3D sound is that your head needs to be in precisely the right location for the 3D effect to work.

Dolby support could come in a future version of the speaker, Rasmussen said. 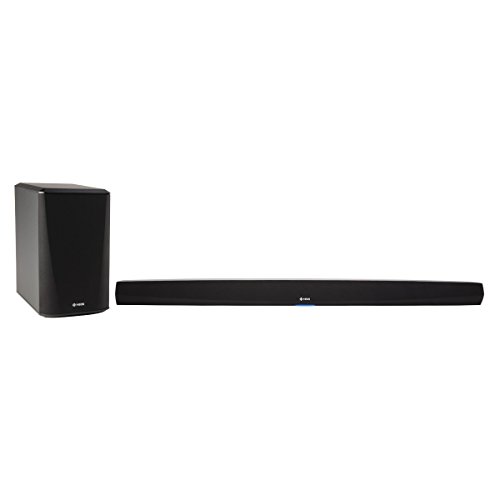 While the Canvas speaker is capable of delivering impressive 3D audio for movies and video, it’s even better suited for music, says Rasmussen, with the Canvas’s larger housing and six-inch drivers capable of producing better mid-range sound than a typical soundbar (or so Rasmussen claims, anyway).

I heard a prototype of the Canvas speaker this week in a Brooklyn conference room, and the Canvas’s sound was indeed impressive during a 30-minute demo, although I’d have to spend considerably more time with the speaker to render an informed verdict.

Joe Cocker’s live rendition of “With a Little Help from My Friends” sounded big, punchy, and detailed, with a nice wide soundstage given that the Canvas’s main drivers are only a few feet apart. I was also impressed by a trailer for Gravity, with Sandra Bullock’s voice zooming realistically from one side of the room to the other as the Space Shuttle’s robotic arm rapidly spun her in a circle.

That said, the sweet spot for the Canvas’s full 3D audio effect is pretty small. During the demo, I was seated in an office chair that was directly in front of the screen and about 10 feet back. When I moved off to the side, the 3D effect fell apart, although the audio itself still sounded relatively good. Indeed, only one person sitting in precisely the right spot will hear the full 3D effect, Rasmussen said.

You can reserve a Canvas speaker starting today if you’re willing to plunk down a $100 deposit. A crowdfunding campaign is slated to kick off in October, and Rasmussen said Canvas Audio is looking to ship the speaker in the first quarter of 2020.

We’ll have a detailed review once we get our hands on one.