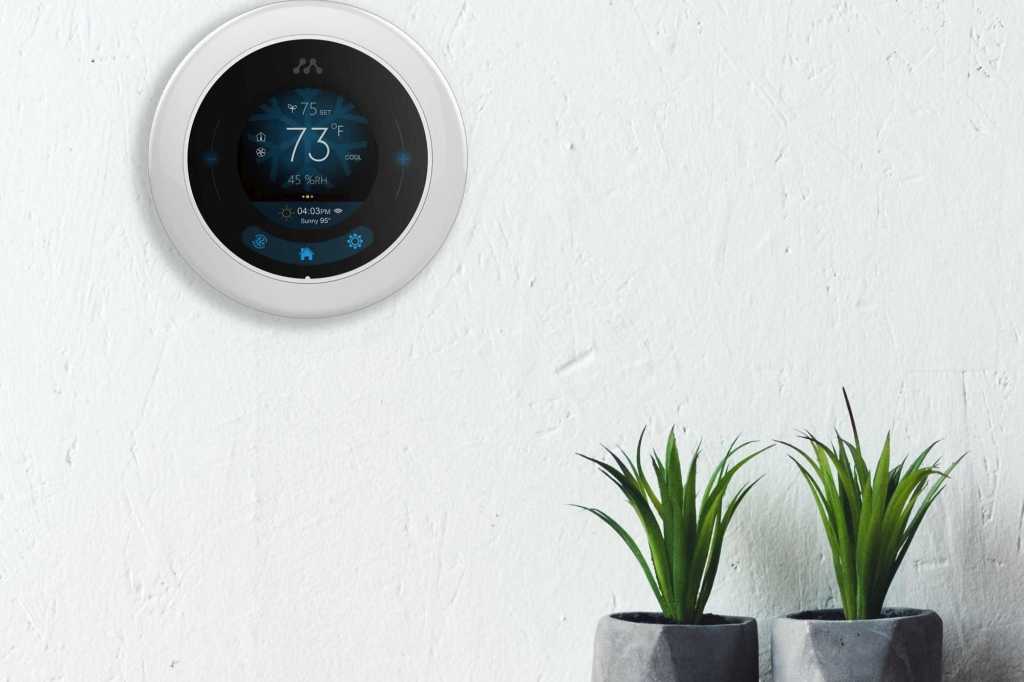 Image: Momentum
At a Glance

The Meri isn’t a total disaster, but this is the first smart thermostat we’ve installed that we could not trust to do its job consistently.

A smart home device needn’t be expensive to deliver value. Or favorite budget-priced smart thermostat, the Honeywell T5, goes for about $125 on Amazon, and it delivers many of the same features as our favorite high-end model that costs nearly twice as much. The Momentum Meri smart thermostat—which sells for just $99 at Wal-Mart—on the other hand, is just plain cheap.

The Meri is round and has a colorful face to remind you of the family of Nest Learning Thermostats that shook up this sleepy industry back in 2011. But in place of a rotating stainless steel dial, the Meri has a fixed plastic collar. Momentum expects your HVAC system to have a C wire for power, which is not uncommon, and the physical installation process wasn’t much different from other smart thermostats I’ve reviewed for TechHive. So what’s not to like?

For starters, once you have the Meri wired up and have configured its most basic settings, it will prompt you to download Momentum’s app from the appropriate app store. The thermostat will then display a QR code that you can scan from the app to link the thermostat to your account.

But the code scanner built into the app seemed unable to focus my smartphone’s camera on the QR code. The phone’s native camera app had no such problem, except that the QR code took me to a direct download of the Chinese-language version of the app. I wound up doing a manual search for the English-language version of the app (available for Android and iOS) and installed it on my phone.

The Meri has a bright touchscreen with resolution of 320 x 480 pixels, but the touchscreen is not very responsive, and the user interface displayed on it is nearly inscrutable. Tapping out the Wi-Fi password the thermostat needed to join my home network was a mentally painful experience (it’s also worth noting that the thermostat can only connect to 2.4GHz networks).

The same goes for configuring any of the thermostat’s settings. The home screen displays the current temperature inside your home. Swipe across the screen and this changes to a clock. To access any other settings, you’ll tap the power button, and then touch the plus and minus symbols to raise or lower the target temperature.

That’s simple enough, but you’ll need to access the “parameters” screen for everything else. This is a vast list of increasingly obscure options starting with Time/Date and System Type options (simple enough, right?) but going on to include such settings as “multi-stage hysteresis” (huh?). Momentum provides virtually no explanation for the purpose of many of these functions, and the painfully slow response time makes it frustrating to scroll through them.

This wouldn’t be as big of a deal if you could access the settings you need using the mobile app, but many of them are not to be found there. The Meri app does let you accomplish basic tasks, such as adjusting the current temperature, establishing schedules, and configuring the settings for Home and Eco modes.

As if all that wasn’t bad enough, the Meri provided to be an unreliable smart home partner. The first Saturday morning after I had installed the new thermostat, we woke up to discover the house had been chilled to 58 degrees Fahrenheit. I never determined what went wrong, and it happened only once. I’d dismiss it as a fluke, except that the thermostat acted up in other ways, too.

After setting the target temperature to 72 degrees,  for instance, the Meri controlled my air-conditioning system to maintain that temperature just fine. But then the ambient temperature would rise to 77 without the thermostat ever triggering the AC to run. There were other times when the thermostat worked exactly as it should. Intermittent anomalies such as that one are incredibly difficult to troubleshoot.

If I were to venture a guess, I’d say the Meri’s reliability issues could be fixed with a firmware udpate. But I don’t think that would solve the sluggish performance of its user interface—I suspect this smart thermostat just doesn’t have enough processor horsepower. If you’re working with a tight budget, there are many low-cost smart thermostats on the market that are better than the Momentum Meri.