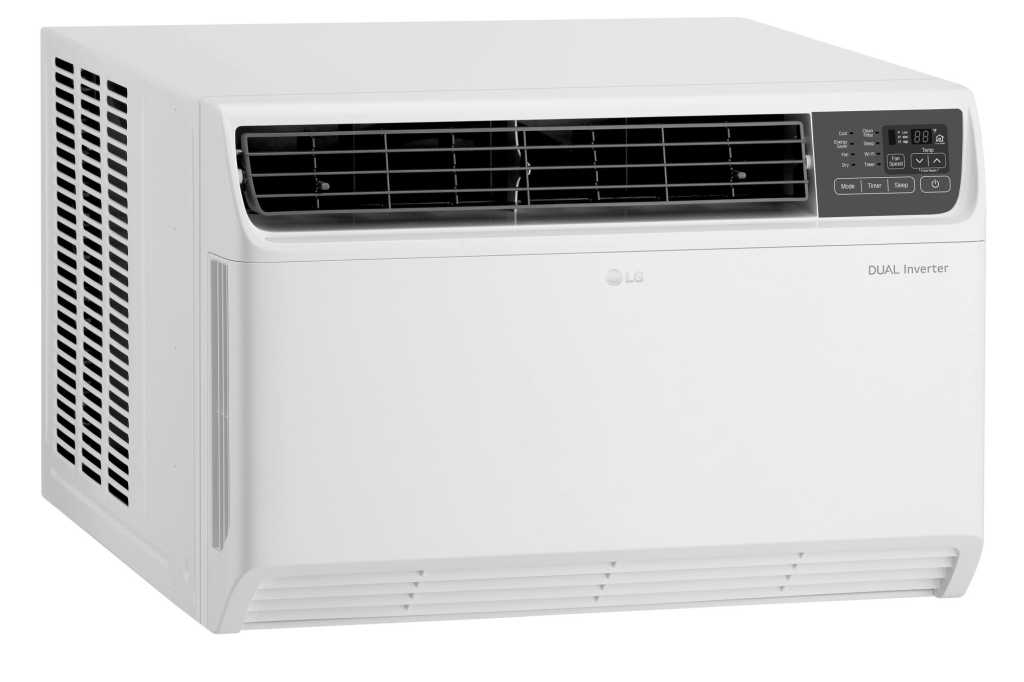 LG’s Dual Inverter Wi-Fi-connected window air conditioner is quiet and super efficient, but LG needs to rethink its strategy of using the same app for every one of its smart appliances.

There are millions of old-fashioned window air conditioners out there, but the technology for those ugly, noisy boxes hasn’t changed much. You can make one smarter by connecting it to a third-party controller like the Sensibo Sky, Ambi Climate 2, or Tado Smart A/C Remote, and that might reduce its energy consumption; but if yours is on its last legs, you’re better off retiring it and buying something new that has a built-in brain. That’s what LG’s Dual Inverter line of connected window air conditioners has, and they’re supremely efficient to boot.

LG’s Dual Inverter line ranges from a 9,500 BTU unit to a 22,000 BTU monster that relies on a 220-volt outlet (the type an electric clothes dryer would use). I reviewed LG’s model LW1517IVSM, which plugs into a more common 15-amp, 120-volt grounded outlet and is rated at 14,000 BTU. BTU, by the way, is an acronym for British Thermal Unit. When used in the context of air conditioning, it measures the amount of heat that the air conditioner can remove from a room. So, the higher the BTU count, the more powerful the air conditioner.

Manufacturers can also state the square footage an A/C unit should be able to cool. LG recommends this unit for rooms up to 800 square feet. I tested it in a 600-square-foot attic space that’s been converted to bedroom. The remodel didn’t bring ducting from our central HVAC system to this room, so the space gets incredibly hot in the summer months. A window air conditioner is a must.

As a result, LG says its Dual Inverter air conditioners are up to 25-percent more efficient than is required to earn the U.S. government’s EnergyStar certification. The EnergyGuide label on the model LW1517IVSM reviewed here, for example, estimates it will cost a consumer $68 to operate this unit for one year, compared to a range of $115 to $182 for similar models that are less efficient.

This approach delivers another benefit, too: Since the compressor motor in an inverter air conditioner isn’t constantly running at full capacity, this type of appliance doesn’t produce as much noise. This LG unit was certainly quiet—it wasn’t whisper quiet, but it was less noisy than any other window air conditioner I’ve heard. 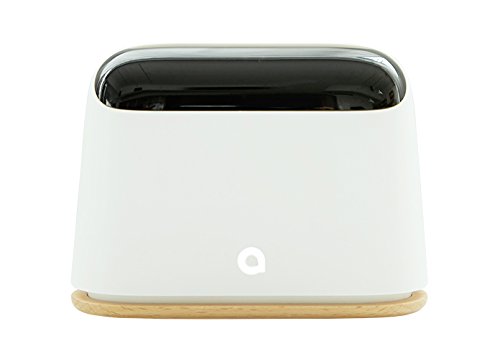 The LW1517IVSM the largest model in LG’s Dual Inverter lineup that doesn’t require a 220-volt outlet. It’s an imposing box, weighing 100 pounds. but LG made the unit easy to install by designing the main unit so that it slides out of its cabinet. You secure just the cabinet to your window sill first, and then slide the unit into the mounted cabinet and lock it down with a couple of screws.

Plug it in, turn it on, and use either the control pad on the front of the unit or the remote control (which has an LCD display) to set the target temperature and adjust the fan settings. In my experience, LG’s LW1517IVSM needed just 25 minutes to lower the temperature in the room from a stifling 90 degrees Fahrenheit to a very pleasant 68.

But no self-respecting smart home dweller wants to fiddle with buttons on a control panel when they can issue voice commands to a smart speaker or use a smartphone app. That’s where this air conditioner’s onboard Wi-Fi adapter (alas, it will connect only to 2.4GHz networks) and LG’s SmartThinQ app come into play. The unit is compatible with both Amazon Alexa and Google Assistant, too.

The SmartThinQ app does a fine job of controlling and adjusting the air conditioner from afar, but you’ll encounter significant flaws once you drill down into its scheduling options. The app allows you to schedule days and times when the air conditioner will turn on and off, but you can’t create schedules with target temperatures throughout the day. There are also home, away, and vacation modes in the SmartThinQ app, but they’re amazingly obtuse about what they do and how they can be adjusted.

The problem stems from the fact that SmartThinQ is designed to control a variety of LG smart appliances—refrigerators, washers and dryers, robot vacuums, and even LG TVs—so many of the options within it don’t apply to its A/C units at all.

Inverter tech for the win

With a price tag that’s not all that much higher than otherwise comparable window air conditioners that don’t have inverter motors or Wi-Fi capabilities, the LG LW1517IVSM is very easy to recommend. It would be a great pick even without its smart capabilities. I’m not a big fan of LG’s SmartThinQ app, but if you don’t need in-depth scheduling, that won’t matter. And if micro control is a must-have feature, you could always add a third-party controller, like one of the ones mentioned above.