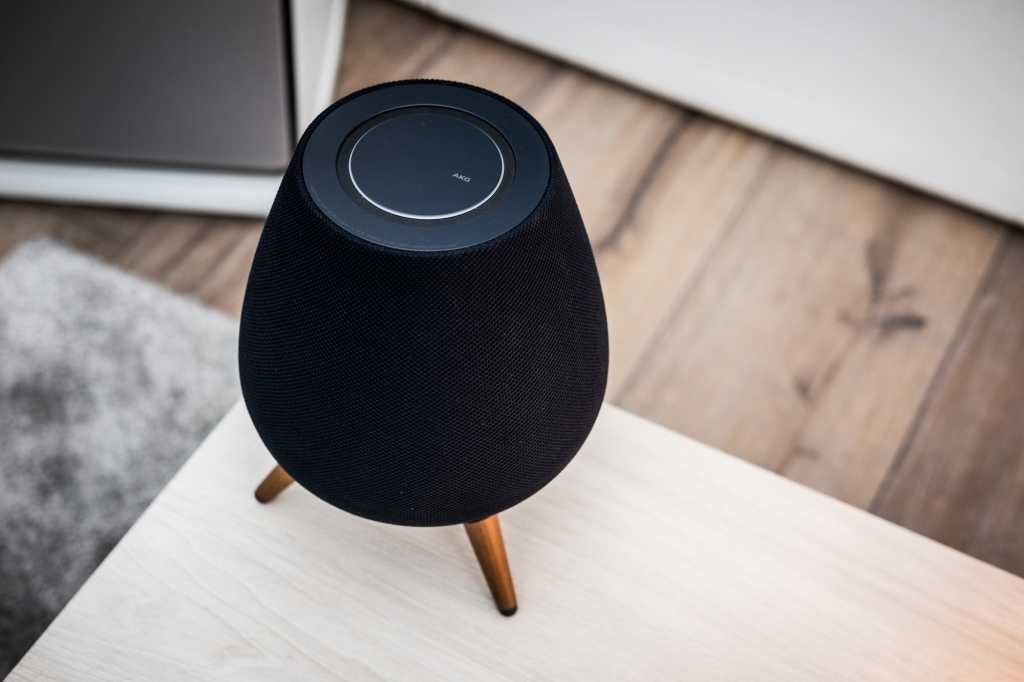 When Samsung failed to make any mention of its long-awaited—and oft-delayed—smart speaker at its Unpacked 2019 event earlier this week, it cast further doubt on whether the Bixby-powered speaker would ever see the light of day.

But Samsung recently broke its silence on the Galaxy Home, telling The Verge that the speaker is, indeed, still in the works.

“We’re continuing to refine and enhance the Galaxy Home prior to launch, and look forward to sharing more with Galaxy fans soon,” a Samsung rep told The Verge via email.

First announced at last Unpacked 2018, the kettle-shaped Galaxy Home smart speaker has been in purgatory ever since, making a brief appearance at Mobile World Congress in February before disappearing back into Samsung’s development lab.

Designed with high-end audio courtesy of Harman’s AKG unit (Samsung scooped up Harman International in 2017), the Galaxy Home is slated to boast six drivers, a subwoofer, and “sound steering” technology that’s supposed to allow the speaker to direct its sound toward you on command.

The Bixby-enabled Galaxy Home also includes a SmartThings hub for controlling your compatible smart devices, while eight built-in microphones help the speaker to pinpoint your position in the room.

During the Galaxy Home’s Mobile World Congress appearance earlier this year, Samsung revealed that the speaker would get support for Bixby Routines, which let you customize a series of actions based on a variety of conditions, such as the time of day or whether you’re coming or going.

The Bixby Routines (which you can already set up on the Galaxy S10+) would also let you create “scenes” that you could activate via voice commands; for example, you could say “Hey Bixby, I’d like to meditate” to dim the lights and queue up the appropriate mood music.

Samsung has never revealed a solid release date or pricing for the Galaxy Home. Co-CEO DJ Koh told CNET back in February that the smart speaker would be out by April. After missing that deadline, Samsung moved the goalposts to the first half of 2019, before telling The Korea Times in June that the new time frame was the third quarter of 2019.