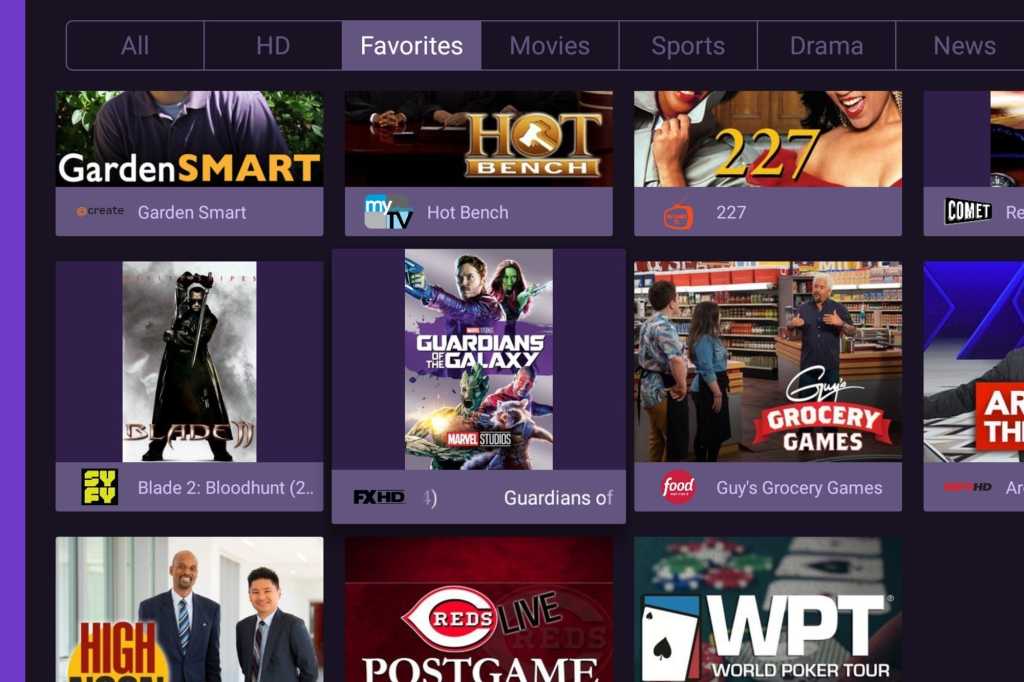 For a certain kind of cord-cutter, combining over-the-air broadcasts and cable channels into a single DVR has always been the dream scenario. While we’ve seen several attempts in the past—including Dish Network’s AirTV, FitzyTV, and HDHomeRun’s ill-fated Premium TV service—none are quite as elegant as what Channels DVR is launching today.

The $8-per-month do-it-yourself DVR service now lets users record TV Everywhere streams, which networks offer at no extra charge to pay-TV subscribers. If you’re already paying for a bundle of live channels—or you know someone who is—Channels DVR can record them as part of its existing subscription service. By combining this capability with Channels’ support for HDHomeRun TV tuners, cord-cutters can build a powerful DVR for both broadcast and cable networks.

This solution does require a sizeable investment in hardware and setup, and it doesn’t work with every channel, but the payoff is a much more flexible DVR than what you get with live TV streaming services like YouTube TV and PlayStation Vue. I’ve been using Channels DVR with cable streams for the past couple days, and while it’s still in beta testing, it works well.

The big question is whether the networks will try to shut down this sort of activity before it can flourish.

To use Channels DVR, you need an always-on computer (such as a desktop PC or Mac), a compatible NAS box, a Raspberry Pi, or an Nvidia Shield TV to run Channels’ DVR Server software. This software will then stream video over your Wi-Fi network to the Channels apps on Apple TV, Amazon Fire TV, Android TV, iOS, and Android.

Until now, Channels required an HDHomeRun device to supply live channels from either an antenna (with HDHomeRun’s Connect or Extend tuners) or CableCARD (with an HDHomeRun Prime device). The addition of TV Everywhere support means you can also sign in with a cable, satellite, or streaming TV account and start pulling in basic cable channels without any extra hardware. To capture those feeds, Channels’ server software launches an invisible version of Chrome that signs into the networks’ websites and loads the appropriate video.

For cord-cutters, this might seem like an overly elaborate workaround. After all, you can already subscribe to a half-dozen different live TV streaming services, most of which include local channels, cable channels, and cloud DVR service.

The main argument for using Channels is that it behaves more like a regular cable DVR. There are no limits on how long you can save recordings, and storage space is only limited by the size of your hard drive. You can skip ads with one click of the remote (or automatically with an optional setting), and because Channels stores the recordings as files on your hard drive, you can transfer them to other devices for offline viewing, which no live TV streaming service supports today.

Channels can also help consolidate multiple sources of live TV into a single app. With an antenna, for instance, you might be getting several over-the-air channels that aren’t available through live TV streaming services, such as your local PBS station and MeTV. Channels would allow you to combine those sources with the cable channels you’re getting through a pay TV service. Pairing over-the-air channels with a skinny TV bundle such as Philo or Spectrum TV Essentials could be especially compelling, as Channels would provide one interface with a shared DVR.

Besides, Channels is just a really slick experience overall. The app provides a traditional grid guide that you can customize with favorite channels, along with a search function for finding upcoming programs, and it has a lot of robust recording options including team-based series passes for sports. Although Channels is pricier than other over-the-air DVR services at $8 per month or $80 per year, integrating cable channels adds a lot of value.

The downsides of TV Everywhere

The biggest problem with Channels’ approach of scraping TV Everywhere feeds is that it can’t capture every channel you might be getting with a pay TV service.

Some channels, such as A&E and Nick Jr., don’t offer live streams in their TV Everywhere apps, so you can’t access them via Channels DVR. Not all TV providers support every TV Everywhere app either, so you might be without some streams that Channels technically supports. Sling TV, for instance, doesn’t allow logins for channels owned by AMC, Discovery, Viacom, or Turner, which is a shame because Channels would otherwise pair wonderfully with Sling’s skinnier bundles.

TV networks also don’t have a great track record with video quality in their TV Everywhere feeds, with many of them topping out at 30 frames per second. This is especially noticeable on sports channels (including Fox Sports and NBCSN) and news channels such as MSNBC or Fox News, where you’d expect to have smoother motion. Streaming directly from your live TV service will often get you better video quality.

The other potential issue relates to the legitimacy of the service. Channels argues that scraping TV Everywhere feeds is fair use, and developer FancyBits is trying its best to avoid potential infringement issues. Unlike FitzyTV, for instance, Channels doesn’t stream TV Everywhere feeds from broadcast networks because it can’t provide local stations. It also uses geolocation to block regional sports networks that users aren’t supposed to get. It’s also worth noting that PlayOn has been recording video from streaming services for years, so the fair use argument might have merit.

Even so, TV networks could certainly argue that legal or not, they don’t approve of services that scrape or record their TV Everywhere feeds, and they could try to block them or shut them down. Given that Channels requires an always-on computer or NAS box to function, investing in this setup for the sake of TV Everywhere support does carry a degree of risk.

I’m hoping, though, that networks realize this type of service helps add value to the pay TV bundle. As their subscriber numbers continue to drop, giving cord-cutters the flexibility they want doesn’t sound like such a bad idea.