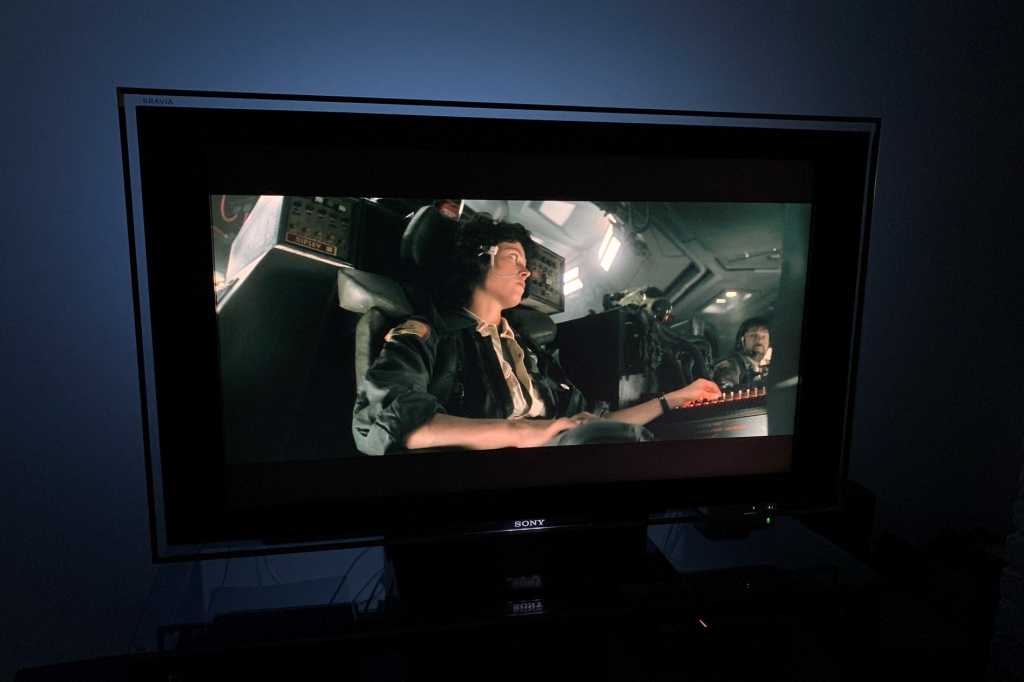 This budget-priced bias lighting kit is easy to install, bright, and colorful. But its white color mode is quite a bit cooler than the hazy daylight look preferred by video calibration experts.

If you’re looking to give bias TV lighting a try without spending more than you might on lunch at Chipotle, you could do worse than this budget lighting strip from Vansky. This popular LED light strip is easy to install, boasts a variety of colors and lighting modes, and manages (more or less) to boost the apparent contrast on your TV screen while helping to relieve eye strain. The color temperature of the Vansky’s white setting will be too blue for purists, however, while the limited brightness settings don’t allow for precise calibration.

Installing the $13 Vansky bias lighting strip is a simple process that’s similar to most of the competition. Simply unspool the 80-inch light strip, remove the protective backing, and then stick it to the back of your TV. For TV sets smaller than 42 inches, you’ll want to place the strip around the edges of the screen, or if your display is 50 inches and up (my Sony TV is 46 inches, but I went ahead and followed the instructions for larger sets), you can arrange the strip lengthwise, about a third of the way from the top. You can snip off any extra length with a pair of scissors, so long as you’re careful to cut along the safe zones marked on the strip.

To power the bias light, you can plug the integrated USB connector to the USB port in the back of your TV; theoretically, that should power on the LED strip when you turn on your TV. If your TV’s rear USB port behaves differently, you can use the included AC adapter and RF remote. You could also train your universal remote to control the Vansky lighting strip, so long as your remote is compatible with RF devices.

The Vansky bias lighting strip can’t sync with the colors on your TV screen, which isn’t a surprise given the budget price tag. It shouldn’t be considered a disqualification, either. While some enjoy the effect, which makes it look like the image is bleeding onto your wall, others complain that synced colors are too distracting and actually distort the colors on the screen.

The Vansky’s remote lets you choose between about 16 hues, ranging from red and yellow to green and light blue. You can cycle through every color using a pair of “Color” buttons on the remote or press one of the six dedicated color buttons. Two “Mode” buttons either pulse the lights or (somewhat garishly) rapidly flash the lights through each color.

The remote gives you just five steps of brightness, compared to about 60 for other bias lighting strips I’ve tested. That doesn’t leave you much room to maneuver in terms of calibrating the brightness of the LEDs. I found the lowest brightness level to be a little too low, while the next step was a tad too bright. In the end, I settled for the next-to-last step.

I had no trouble with the Vansky LEDs in terms of sheer reliability; they were certainly bright enough, and they didn’t perceptibly flicker when I was looking directly at the screen. (I did notice a slight flicker in my peripheral vision, but that’s not terribly unusual, even with more expensive bias lights.) The strip also managed to stay stuck to the back of my TV for the duration of my testing, with no evidence of the ends starting to peel off. 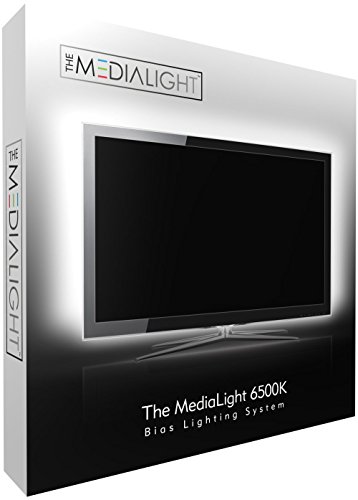 Once I’d dialed the Vansky’s brightness one step above its lowest setting, the strip did a decent job of boosting the apparent contrast on my screen without robbing darker areas of too much detail. The soft halo also helped to keep me from squinting at the screen as much as I usually do.

That said, I was disappointed by the cool temperature of the Vansky’s “white” LED setting. The video industry uses the color temperature of 6500K as a standard for how white should look; roughly speaking, it’s a shade of white that looks like daylight on a hazy day. Vansky’s strip looked too blue on its white setting, which makes the image on your screen look warmer than it should. Other bias TV lighting strips I’ve tested have come a lot closer to the 6500K mark, but they’re also much more expensive.

You get what you pay for with the budget-priced Vansky bias lighting strip. It’s easy to install, bright and colorful, and you can use the included remote to cycle through a variety of color modes. It’s great for throwing a party, but its white color mode is quite a bit cooler than the hazy daylight look preferred by video calibration experts, and that could distort your perception of colors on your TV screen.