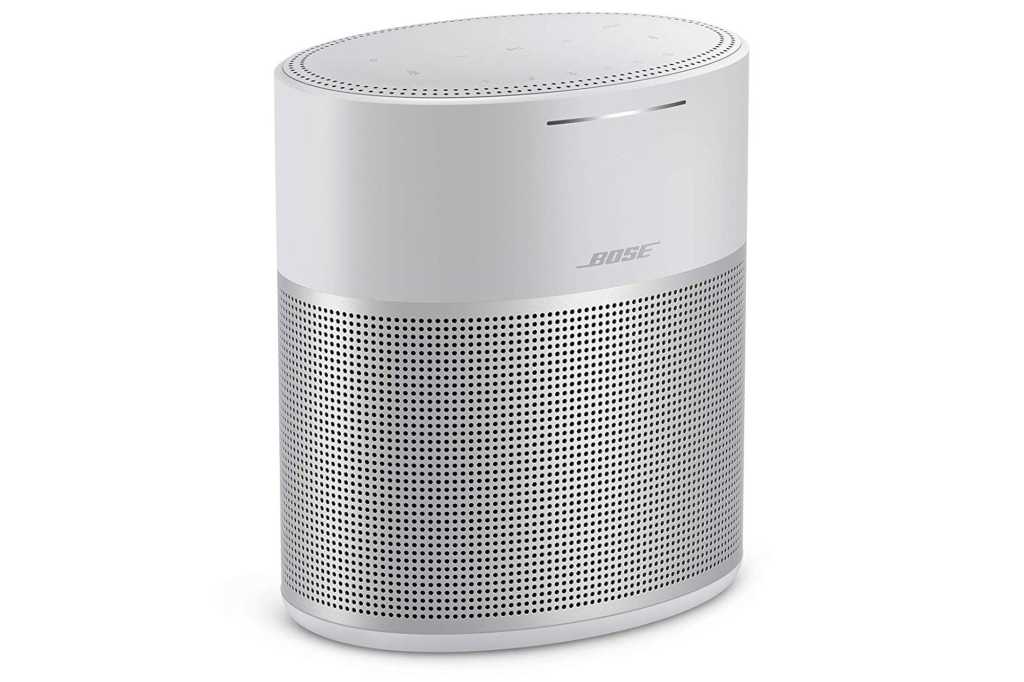 Have a cigar. There’s a new baby in the Bose smart speaker line. The Bose Home Speaker 300 is the littlest and least pricey of four models in a rapidly expanding talk-to-me speaker family first announced in August 2018.

The 300’s kinship to its siblings is unmistakable in both industrial design and performance. If you relish Bose’s signature sound, you’ll be happy to bring this newborn home—especially if you’ve already bought something else in the lineup and you’re looking to build out a Bose-based multi-room audio system.

Be forewarned: Leading a product line with a small, affordable, affable performer is often a maker’s best strategy to lure you into investing in the rest of its product line. If at first it does succeed, you’ll shop, shop again—perhaps for a bigger-voiced, slightly brighter-sounding Home Speaker 500. Or for one of Bose’s well-received smart soundbars—the Bose Soundbar 500 or the larger Bose Soundbar 700—to cumulatively fill your house with synchronized (or disparate) sound.

That customer-nurturing strategy has worked well for Sonos, who uses its smallest and least-expensive Sonos One as the initial lure. And that’s clearly the rival that Bose is gunning for with the similarly sized Home Speaker 300. Both speakers offer the choice of either Amazon Alexa or Google Assistant for calling out song and station requests, asking for the news, checking the weather, and ordering merchandise, as well as casting such smart-home charms as dimming the lights, adjusting the thermostat, and closing the garage door (provided you have the requisite gear, of course). 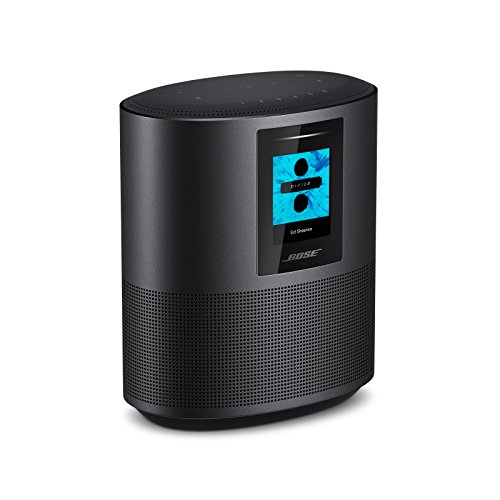 Bose’s offering is priced $60 higher than the Sonos One, but it offers a few features Sonos doesn’t: Most notably six station/album/podcast/playlist preset buttons, and Bluetooth connectivity. Those goodies almost justify the price bump. (Apple users will want to know that both speakers can also operate in Apple’s AirPlay 2 ecosystem.)

The earlier Bose SoundTouch streaming speaker line also has six preset buttons. But if you have multiple models sitting on your home Wi-Fi network, they’ll all share the same preset content; in other words, if you program a SoundTouch’s preset number three to tune to BBC6, preset number three on all the other SoundTouch radios in your house will also tune to BBC6. With the new Home Speaker line, you can set presets individually on each box, and then share the selections via speaker grouping if you so choose.

Bose touts “360 sound” dispersion in the Home Speaker 300; in its larger stablemate, the $399.95 Home Speaker 500; and in the aforementioned Soundbar 500. But the two tabletop speakers approach the mission differently. The similarly oval-shaped Home Speaker 500 packs stereo speakers that fire left and right to enhance a sense of spaciousness. The smaller Home Speaker 300 uses a single, full range transducer—approximately 2.25 inches in size, I’m told—that fires down into an acoustic deflector, radiating sound in every direction through the enclosure’s perforated metal grill work.

I got out my trusty Radio Shack sound pressure level meter and compared dispersion patterns and levels on both a first-gen Sonos One and the Bose Home Speaker 300. With its discrete front-firing mid-range/woofer and tweeter, the Class D-amplified Sonos One registered louder on the meter—up to 102dB, with some audible distortion noticeable above 98dB—when the meter was pointed dead center at the speaker. The Bose registered 98dB max, but with no audible distortion at that level. But those readings were taken off axis, left and right, which indicates the Bose HS 300 creates a larger sound field.

One of the ways Bose shrunk this speaker’s price tag and dimensions (it measures 6.3 x 5.6 x 4 inches, H x W x D, and weighs 2.1 pounds) was to eliminate the color display that on the Home Speaker 500 shows album art, song titles, and station information while the speaker is playing. It shows the current time when the speaker is not playing.

But truthfully, identifying the global-cool piano, cello and voice tune I’m listening to right now—courtesy of the “New Sounds” music stream on TuneIn—is just as easily tracked on the Bose Music App that’s available for Android and iOS. Ah-ha, it’s a track off Michael Harrison’s From Ancient Worlds (For Harmonic Piano).

Even-tempered and comfortable are the best words to describe the sound beaming from the Bose Home Speaker 300. Its high-end reproduction isn’t as bright, and its bottom bass notes aren’t as pronounced as what the Sonos One provides when tone controls for both speakers are app-set at flat. But the Bose delivers a more unified and natural sonic presentation. And now it’s shifting gears and driving me toward bliss with Radiohead front man Thom Yorke’s thumping new electronica-pop outing Anima. With the Home Speaker 300’s bass EQ bumped up a bit, I’m relishing the set’s heady synthesizer buzz, piercing melancholy vocals, and chest-reverberating percussion punch. (Check out the 15-minute video chunk of Anima, directed by Paul Thomas Anderson of Boogie Nights fame, on Netflix, too.)

Next, I segue into familiar territory with the newly remastered ZZ Top Goin’ 50 hits collection, Texas boogie rock that requires no bass boosting on this box, though I will push the treble control up to 30 for more snake bite. And, given the set’s 50 tracks celebrating the band’s 50th anniversary (!), I’ll save the collection as a preset for playing later. That’s easily done either on the app or by pressing and holding one of the six numbered buttons on the top of the speaker.

Tapping a rendering of the speaker within the app summons the help section to control power, pick and customize your chosen digital assistant (as with Sonos smart speakers, only one or the other can be used at a time), shift the bass and treble settings  (there’s no singular “loudness” option as found on the Sonos app), and add or remove speakers in your collection to create a group. Thereafter, making an app-based selection or a verbal play request to just one speaker automatically gets the collective bunch humming.

With Amazon Alexa in charge, you can also verbally switch from single- to multi-room play with a specially coded request. You first create the group in the Alexa app—by merging all your first-floor speakers, for example, and naming the collective “Downstairs.” You can then just say “Alexa, play NPR (or whatever) downstairs,” and that content will play in sync on all the Bose Home 300, Bose Home 500, Bose Soundbar 500, and Bose Soundbar 700 speakers you have downstairs.

Should you buy a Bose Home Speaker 300?

Bose is working hard to compete in the smart speaker market, and I’d wager the company will add even more models to this line—perhaps a top-of-the-line Home Speaker 700—as well as more home theater products. It’s unfortunate, however, that the company declines to allow non-Bose speakers into its multi-room groups (Polk lets you combine its Polk Command Bar with Amazon Echo smart speakers, but it’s also worth noting that Sonos does not allow its smart speakers to cooperate with competitors).

Bose fans and smart-home denizens will like the Bose Home Speaker 300 for its musical performances, its ease of use, and its potential place in a Bose-anchored whole-home audio system. You will also want to compare this speaker to the less-expensive Sonos One, however; especially if you’re not already committed to the Bose ecosystem.