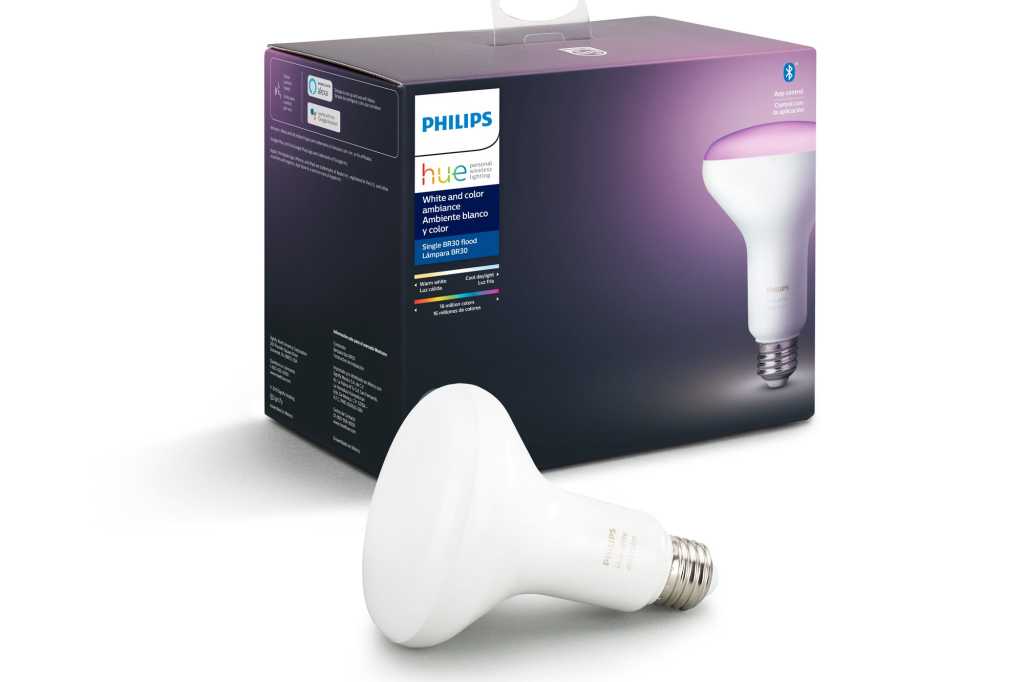 There’s a brand-new generation of Philips Hue smart bulbs coming to market that don’t require the Philips Bridge to be controlled with a smart device. Yay! That’ll save folks who don’t already have Hue lights almost $50, right?

Ah, but there’s a catch. If you want to integrate the new Hue bulbs with older models, with any of the new Hue outdoor luminaires, or with any of the more advanced Hue accessories (e.g., motion sensors, or the new Lutron Aurora dimmer), you’ll need to buy a Hue Bridge anyway.

Signify’s objective (Philips spun its lighting operations off as an independent company in 2016) is to lower the barrier of entry to consumers who want smart lighting, according to Signify’s head of technology George Yianni.

“Bluetooth lets you control the bulbs with your smartphone even if you don’t have a [Hue] Bridge, yet,” Yianni told me in a briefing last week. “Our research has shown…there is a perception that the Bridge makes [Hue smart lighting] more complex. The customer feedback we get is that users find it very easy to set up our current products. But [Bluetooth] will allow customers to start experiencing smart lighting—so they can decorate their home with light—with even one bulb.”

With the new generation of bulbs, you can start with just one bulb (and add up to nine more) and control them with the new Philips Hue Bluetooth app (available for Android and iOS) or with a Google Home or Amazon Echo smart speaker that’s in the same room as the bulb (in the Amazon Echo lineup, direct compatibility is currently limited to the 3rd-generation Echo Dot, the 2nd-generation Echo Show, and the 1st and 2nd generation Echo Plus).

The new Hue bulbs themselves, however, are no less expensive than the previous generation: Initially available only in A19 and BR (bulged-reflector) downlight form factors, dimmable White bulbs cost $14.99 each, white-tunable White Ambiance bulbs cost $24.99 each, and White and Color Ambiance bulbs are priced at $49.99 each. Signify says it will release more Bluetooth products later this year and into 2020.

Rather than stick a second radio in these new Hue products, Philips is using a new chip that operates both Bluetooth and Zigbee radios in parallel. This will enable users to upgrade to a Hue Bridge down the road should they decide to expand their smart lighting or integrate these bulbs with any other Hue products. “We believe we’re the first mass-market consumer product to commercialize this technology,” Yianni said. “For example, if you’re using Bluetooth to control the bulb through the app, you can still pair one of our wireless bridges to the bulb and control it via Zigbee. And that happens in parallel.”

Since Bluetooth has much more limited range than Zigbee, Signify recommends that you be in the same room as the bulb to control it with your smartphone. And the same goes for using a smart speaker to control it—the two devices should be in the same room. But since this new generation of bulbs can do both Bluetooth and Zigbee, there is an upgrade path that lets you transfer these new bulbs to a Hue Bridge at any later date.

“If you want to control multiple rooms at the same time—for example, [if you want to] control your yard from your living room” Yianni said, “then you would need the mesh network capabilities of Zigbee to extend the signal.” He explained that the Bridge enables other functions, too. “Our more advanced accessories—our energy-harvesting switches, for example, the new Lutron Aurora switch that just launched, and our motion sensors—those all need the more sophisticated rules engine that is in the Bridge. Same for all our entertainment stuff. Out-of-home control requires the Bridge, too, because you need a permanent cloud connection.”

The new generation of Philips Hue bulbs are available now in the U.S. in A19 and BR30 form factors. Over time, all new Philips Hue products will be outfitted with this new chip, gaining Bluetooth connectivity while retaining Zigbee.