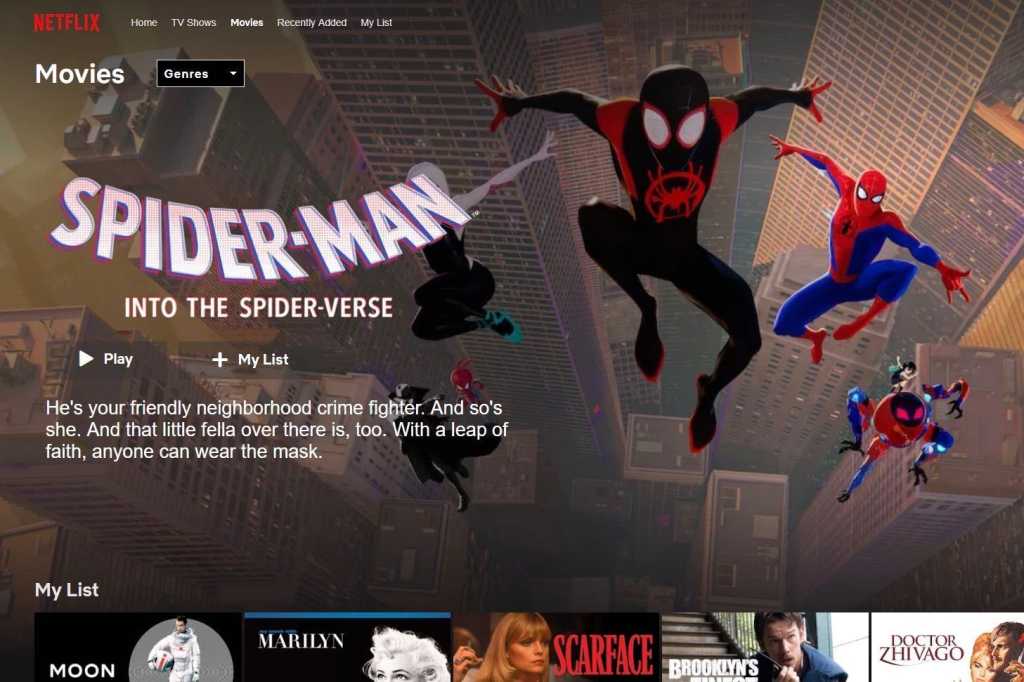 Netflix offers an embarrassment of video riches considering its modest monthly price tag, but picking just the right TV show or movie on a given night isn’t the chillaxing experience it should be.

Indeed, the busy Netflix interface frequently pushes the same recommendations over and over, leaving the false impression that instead of having thousands of videos to choose from, you have just a few dozen.

Once you know what you’re doing, though, you can take a deep dive into Netflix’s collection of movies and TV episodes, slicing and dicing its categories to pinpoint the perfect video for the moment. You can also help Netflix make better guesses at what you’ll like. Finally, you can easily save your picks for later, making it easy to fire up a favorite flick with a minimum of fuss.

Note: Because Netflix’s interface varies so much from device to device, we’ve focused our tips on the desktop version of Netflix—and besides, we think you’ll have better success honing in on great Netflix videos on a desktop rather than fiddling with an Apple TV remote or your smartphone. We’ll also show you how to add favorite videos to a list that’s easy to access on other versions of the Netflix app.

We all know the feeling of scrolling aimlessly through one Netflix category after another, from “Reality TV” and “TV Dramas” to “Thrillers” and “Suspenseful Movies.” If you’d rather not just passively browse through the categories that Netflix chooses to serve up, there’s an easy way to do it.

First, click either TV Shows or Movies at the top of the Netflix homepage. Once you do, a Genres pull-down menu will appear.

Click it to reveal a selection of about 20 different genres, from “Action” and “Documentaries” for movies and “Anime” and “Stand-Up & Talk Shows” on the TV side.

Browsing Netflix’s genres is a good first step toward finding the perfect video, but the categories listed in the genres menu are much more broad than the sliced-and-diced collections listed in the main Netflix interface. What if you’re in the mood for, say, a spy movie, a western, a classic musical, or a sports drama? There’s a way to pick and choose between dozens of niche Netflix categories, but it requires a little legwork.

On your desktop, browse to Netflix-Codes.com. No, we’re not talking discount codes here; instead, the site lists scores of codes that you can paste into a Netflix URL. Just plug in the code (or, even easier, just right-click the code on the webpage) to jump any number of laser-focused Netflix categories, from “Comic book and superhero movies” and “Film noir” to “Deep sea horror movies” (seriously) and “Food & travel shows.” It’s a great way to uncover some of Netflix’s hidden gems.

Filter by year or rating

The vast majority of shows and movies that appear on the Netflix homepage hail from the past five years or so. If you want to see something from the 1990s or earlier, you’ll need to dig. And while you can sort Netflix’s listings by year from the desktop Netflix interface (click TV Shows or Movies, click the grid icon in the upper-right corner, and then select Year Released from the drop-down), you’ll need to scroll and scroll to get past the 2010s—and no, you can’t reverse sort by year.

Enter InstantWatcher.com, a site that lets you filter Netflix videos by year or rating. Click Search from the InstantWatcher homepage, and then use the sliders to filter TV shows and movies by the year they were released (a bar chart reveals in dramatic fashion how heavily Netflix videos are weighted toward recent releases), their average Netflix rating, their IMDb rating, number of IMDb votes, and run time.

Below the sliders, you’ll find a series of check-boxes that give you even more filtering options.  You can filter by rating (MPAA or TV), for example, or see a listing of videos that got flagged as New York Times “Critics’ Picks” or “Fresh” according to Rotten Tomatoes.

Rate as many videos are you can

Netflix can have some strange ideas about the videos it thinks you want to watch, but you can help nudge its algorithms in the right direction.

Whenever you can, be sure to click one of the two thumbs on the title page of a Netflix video, up or down (a much easier ratings system than the old five-star scale). The more movies and TV shows you rate, the better Netflix’s recommendations will become. Don’t be afraid to rate a video you haven’t seen; if, say, torture movies aren’t your bag, just click thumbs-down on sight.

You can also review all your previous ratings, which is handy if you’ve changed your mind about a given title. Just hover your mouse over your profile icon in the top-right corner of the Netflix homepage, click Account, and then click Ratings under the My Profile heading. Once there, you can click a thumb to change a old rating, or click the “X” to wipe the rating completely.

One of the easiest ways to find a movie or a TV show you’ll like is by checking the related videos of your favorites. Depending on your platform, however, Netflix does a spotty job of recommending movies and shows based on the videos you’re browsing.

The Netflix on my Apple TV, for example, doesn’t show related videos at all, while the Netflix iOS app has a “More Like This” section prominently placed on the title page of a video.

If your Netflix app of choice isn’t serving up related video, just visit Netflix on your desktop, hover over a title, click the down-arrow that appears on the bottom, and then click More Like This.

So, you’ve found some Netflix videos you’re dying to watch. Now what? Well, those of us who were loyal Netflix-by-mail subscribers will remember the vaunted Netflix queue, a place where we carefully curated the list of scores or even hundreds of movies and shows we wanted to watch.

As it began its slow shift away from DVDs and toward streaming, Netflix seemingly tired of the queue, eventually renaming it “My List” and shuffling it into a hard-to-find row in the main interface.

Luckily, the queue—er, My List—has regained favor, and you can now find it prominently positioned at the top of the Netflix interface for desktop and most other platforms, which is handy for quickly accessing the videos you’ve flagged for later.

On a desktop, you can reorder your list, just like in the old days. Just click on a title and drag it up or down. You can also click “Move to top” to jump a selection to the top of your list.

Another nifty feature of My List for desktop is that it notes which of your saved videos are about to disappear from Netflix’s ever-rotating selection, so be sure to check back often before that favorite film heads to a Netflix competitor.