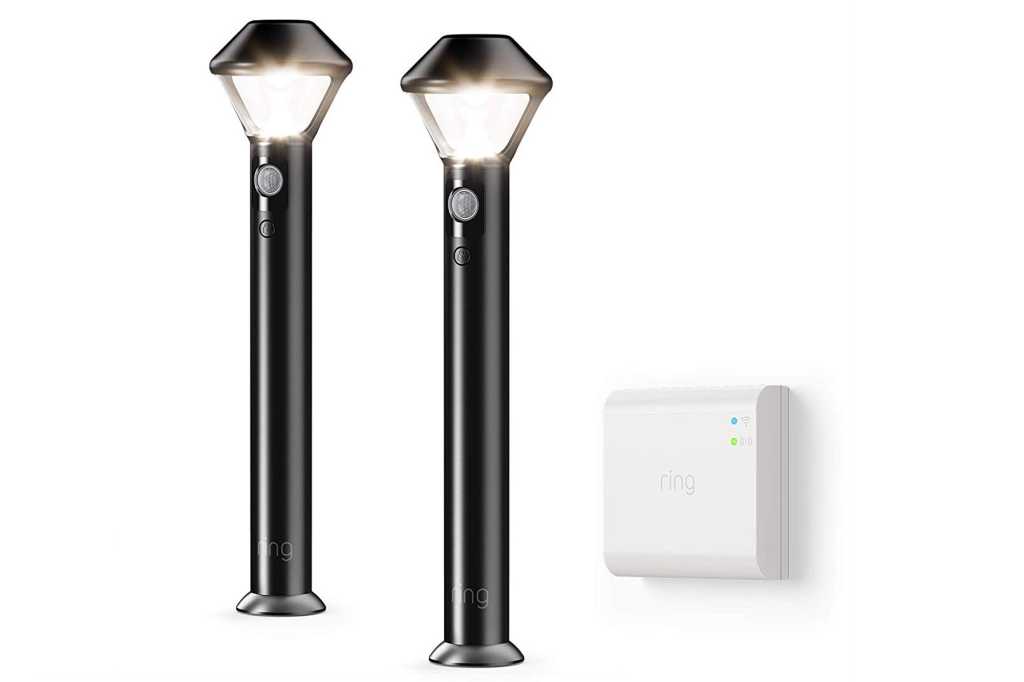 The Ring Pathlight kit is an inexpensive security-focused smart lighting system that can be tightly integrated into the Ring ecosystem.

The Ring Smart Lighting Pathlight starter kit is very inexpensive and incredibly easy to set up. You don’t need to have other Ring products to get great value out from this kit, but it can be tightly integrated with everything else in the Ring ecosystem—including the increasingly strong Ring Alarm—if you do. We’ll cover more Ring Smart Lighting products over time, but this $80 kit seemed like a good starting point.

Updated May 14, 2020 to provide a link to our review of the all-new Ring Smart Lighting Solar Pathlight, which—as you’ve probably guessed—features a photovoltaic panel on its top surface that trickle-charges an onboard battery while the sun is out. Our opinion of the new device is even higher than it is of this conventional battery-powered version.

You get two bollard-style, battery-powered LED path lights and an AC-powered bridge that’s required to connect them to your Wi-Fi network (this must be installed indoors). The lights connect to the Bridge using a proprietary low-frequency network for improved range (Ring claims “hundreds of feet,” though walls, trees, and other obstacles will cut that figure down). The Bridge connects in turn to your 2.4GHz Wi-Fi network (5GHz networks are not supported).

Each Pathlight measures 16.93 inches high by 4.13 inches around and comes with a detachable 5.91-inch stake. Each light is equipped with a tunable motion sensor with a 140-degree field of view and a detection range of 15 feet, an ambient light sensor that prevents the lights from turning on during daylight hours, and an LED light source that produces 80 lumens of brightness at a relatively cool (and very white) 3500K.

That’s not prison-break bright, obviously, but it is enough to cast a 360-degree pool of light about eight feet in diameter that will guide your footsteps. And should you decide 80 lumens is too bright, for whatever reason, the lights are dimmable. More to the point of Ring’s stated objective, having the lights turn on in response to motion will give a potential intruder the impression that someone might be in the home, which will render it a less-attractive target. A dusk-to-dawn setting uses the onboard ambient light setting to have the Pathlight’s LED glow at a low level so they’re visible even before the motion detector sets them off. 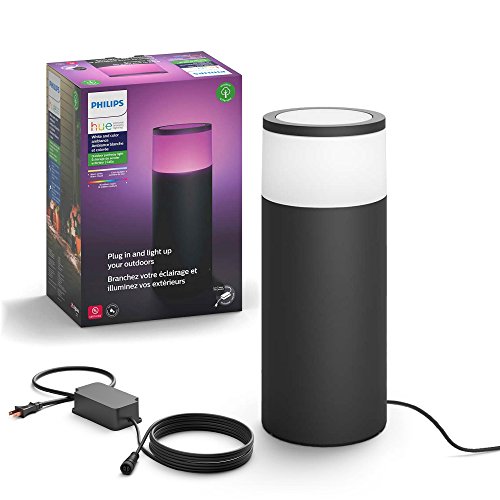 Additional Pathlights cost just $30 each, and each one can operate either independently or in a group, including with other Ring devices. You can link disparate Ring devices together, too. You could have a Ring Floodlight Cam record video when its motion detector is set off, for example, and have the Floodlight Cam trigger your Ring Video Doorbell to record its own video, and also trigger your Pathlights to turn on (if it’s dark enough). The sequence of events can also go the other way, with the Pathlight’s motion sensor triggering all your Ring cameras to record video.

If you have a Ring Alarm system, you can trigger the smart lights to turn on during the system’s entry delay and if the base station goes into an alarm state.

You can also configure the Ring app to send push notifications when any of the lights’ motion sensors are tripped. Being an Amazon product, it should come as no surprise that you can ask Alexa to turn these lights on and off as well.

I already have some Ring devices installed in my home, so the Ring app was already on my phone. I was nonetheless impressed with how quickly I was able to install the Bridge (this step must be performed first) and the two Pathlights. All you need to do is click the Add a Ring Product button, choose the category of product (Smart Lighting, in this case), scan the QR code that came with the product, and the app does the rest. Installing the Bridge and the two Pathlights took less than 15 minutes, including the time I spent unpacking the devices, plugging in the Bridge, and installing the batteries.

Speaking of batteries—which are not included—this is a good point to discuss some of the drawbacks of the Pathlights. Each Pathlight requires four D-cell batteries, which Amazon says should last for one year. But that lifespan is predicated on the lights being triggered just eight to 10 times per night, and the lights automatically turning off after only 30 seconds (your other choices are one minute, three minutes, or five minutes). Running them in dusk-to-dawn mode will also shorten the useful life of the batteries.

Not every Ring Smart Light runs on battery power. There’s an electrically hardwired floodlight, and the low-voltage Transformer runs on AC power. But the battery-powered spotlight and floodlight each require four D-cell batteries, and the smaller Step Light runs on three C-cells. If you cringe at the thought of disposing of all those batteries every year, you might want to wait for the line of solar-powered smart lights that Ring intends to bring to market by the end of 2019.

While Ring’s Pathlights are thoroughly weatherized—they carry an IP66 rating, meaning they’re dust tight and protected from water jets from up to a 12.5mm nozzle—they are fabricated entirely from plastic. Ring states they’ll operate reliably in temperatures ranging from -4°F to 122°F (-20°C to 50°C).

But I can’t help but wonder what they’ll look like after a few years of rain, sun, sprinkler spray, and lawn maintenance. Then again, they’re cheap enough that it wouldn’t be a burden if you had to replace a broken or ratty-looking fixture on occasion.

You’ll also want to know that taking full advantage of Ring device linking requires a Ring Protect subscription plan. Without the plan, Ring cameras will only show live video. The good news is that the Protect Plus Plan that includes all your Ring devices installed at one address costs only $10 per month or $100 per year if paid annually, and that includes professional monitoring if you have a Ring Alarm system. The less-expensive Protect Basic Plan that costs $3 per month or $30 per year covers only one Ring device.

And finally, a quick word about the Ring Bridge: It is limited to supporting 50 Ring smart lighting devices, but the system’s ability to integrate Ring devices that connect directly to your Wi-Fi network—and therefore don’t depend on the Bridge—will render that limit moot for most people. And that’s a good thing, because Ring envisions only one Bridge operating in each household. You can’t add a second Bridge to your network to extend your limit to 100 devices.

The Ring Smart Lighting product line is designed for home security more than for showing off your garden at night (the Ring Transformer is an exception, since it converts traditional low-voltage lighting systems into smart lighting). If you’re looking to light up your landscaping, you’ll be better served by something like the much pricier (and electrically hardwired) Philips Hue outdoor lighting products. Those fixtures are made from aluminum and glass and sport color LEDs, where Ring’s Pathway lights are made from plastic and produce white light only.

Viewed as an adjunct to your security system, the Ring Pathway lights are very inexpensive, very easy to install, and are tightly integrated with most of the broader Ring ecosystem. The exception: There doesn’t seem to be a way of having the door/window sensors in the Ring Alarm system trigger the outdoor lights to turn on when you open a door, and there’s currently no way for the motion sensors on Ring’s smart lighting fixtures to trigger lights inside your home. For now, that’s another feature that makes the Philips Hue ecosystem superior. Then again, there are no Philips Hue security cameras or video doorbells.