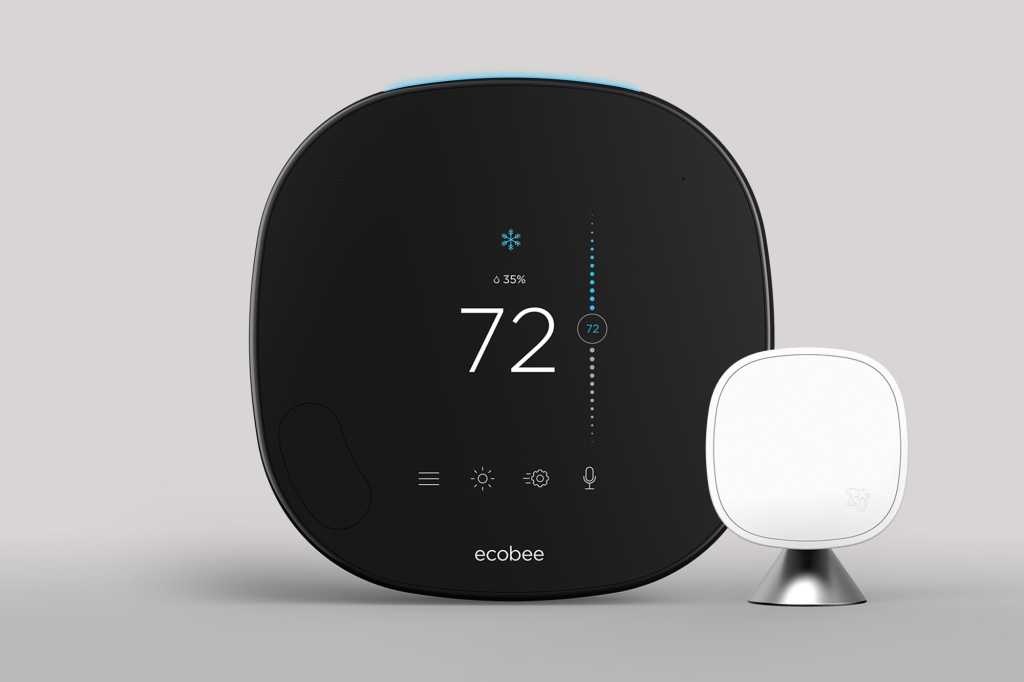 Like the Ecobee4 it replaces (our current top pick among smart thermostats), the new model will have Alexa onboard, but Ecobee says the new thermostat is outfitted with a new, more powerful speaker “offering richer sound and a wider dynamic range” than consumers would expect to find in a thermostat.

And with the new addition of Bluetooth support, users will be able to stream music services including Spotify, Pandora, and Amazon Music from the thermostat to a discrete Bluetooth speaker. We’ve asked if the new model will be capable of being grouped in a multi-room audio configuration with other Alexa-compatible smart speakers.

The new model will also have a new and more powerful quad-core processor that the company says enables the thermostat to operate three times faster than the previous model. Homeowners living in crowded Wi-Fi environments will appreciate the presence of a dual-band (2.4- and 5GHz) Wi-Fi adapter (the previous generation could connect only to more crowded 2.4GHz networks).

Ecobee says this new model also features digital microphones (compared to the analog mics in the older model), which will improve wake word detection and echo-spatial detection (the feature that enables multiple Echo smart speakers to determine which one is closest to the person speaking and should therefore be the speaker to respond). The new model also supports more Alexa features, including Alexa Calling, Messaging, and Drop-in.

Ecobee won’t stray far from its winning formula, however, since the new model will share a very similar industrial design—the company calls it a “squircle”—although this model’s LCD touchscreen will be behind glass. The thermostat will also work with Ecobee’s SmartSensors: occupancy sensors that measure temperature in remote rooms (one is included with the thermostat).

And as with the rest of the Ecobee line, the fifth-generation model will be Apple HomeKit compatible and capable of integration with Google Assistant, Samsung SmartThings, and IFTTT. The new model is available now and sells for $249 with one SmartSensor. The new sensors are available in two-packs for $79 each.