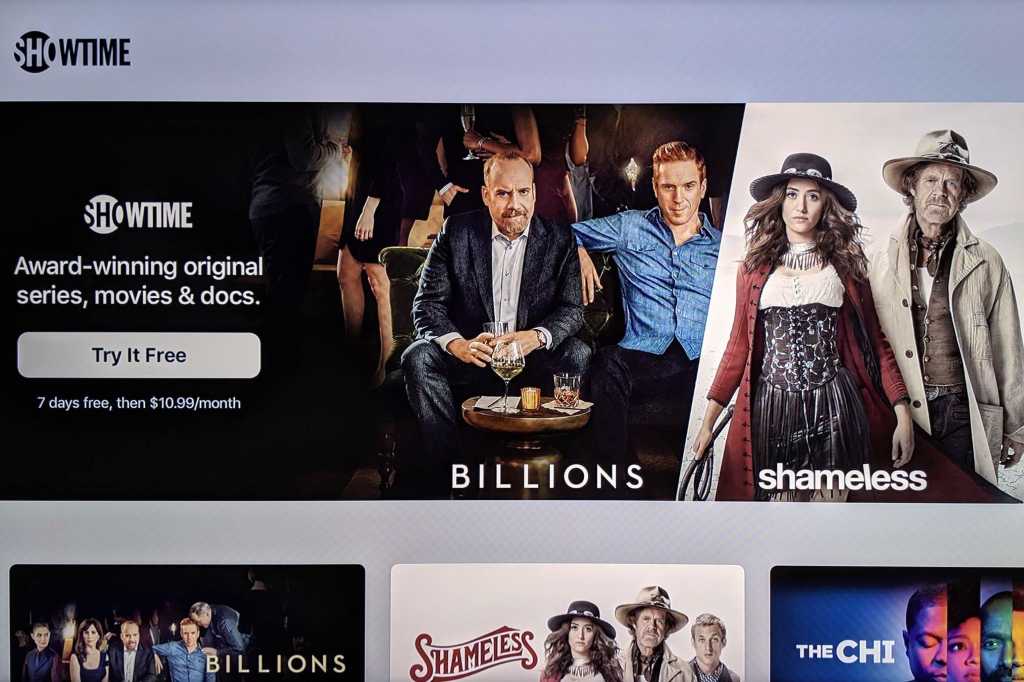 Stop me if you’ve heard this one before: There are too many subscription services—so many, in fact, that you might even forget that they’re silently siphoning away your funds.

There are a lot of ways to deal with this problem, from maintaining and auditing a subscription list, to setting cancellation reminders. But here’s a better idea: Unless you’re certain about keeping a streaming video subscription for the long haul, just cancel it immediately after signing up.

Not everyone realizes this, but once you’ve paid for a month of HBO Now, CBS All Access, or pretty much any other streaming TV service, you are entitled to that full month even after you’ve cancelled. These companies don’t do prorated refunds, which is unfortunate if you forget to cancel a free trial, but it’s great for avoiding automatic renewal in the first place. With so many new services offering their own exclusive shows, subscribing in one-month increments is a great way to keep your monthly TV bill in check.

The art of immediate cancellation

There is one caveat to this trick: If you sign up for a video service through a streaming TV device such as Roku, Fire TV, or Apple TV, chances are you won’t be able to cancel through that same device. Most streaming video providers only let you cancel service through their websites, so you’ll need to keep a phone or computer handy to prevent having your subscription renewed automatically.

The good news is that cancelling a streaming service is still a lot easier than shutting off cable or satellite TV, and most providers have direct links or clear instructions on how to stop service. (Here, for example, are cancellation links for Netflix, Hulu, Amazon Prime, HBO Now, Showtime, and CBS All Access.)

The sign up and cancellation cycle is even easier with the “Channels” marketplaces from Amazon, Roku, and Apple that I covered last week. These allow you to sign up for services like HBO, Showtime, Starz, and Epix with just a few clicks, using billing information that’s already on file. You can then cancel service straight away by heading to the subscription pages for Amazon or Roku, or by following Apple’s instructions.

Once you realize that you can immediately cancel a streaming service after you’ve paid for the month, you can start timing each subscription for maximum effectiveness. HBO shows, for instance, often run for just eight to 10 consecutive weeks, so you might consider holding off on a subscription through the first four to six weeks of a given season, and then playing catch-up when there’s only a month to go.

The immediate cancellation trick doesn’t just apply to active subscriptions, either. In most cases, it also works with free trials, so you can check out lots of new streaming services without the risk of automatic billing. (The only streaming service I’ve tried that cuts off trial access immediately is Sling TV.) You can even string together multiple trials with the aforementioned “Channels” marketplaces from Amazon, Roku, and Apple, each of which allow you to sample any channel for a week (or sometimes more).

Of course, cycling through free trials and subscribing in one-month increments isn’t always the best cord-cutting strategy. If you find yourself re-upping the same subscriptions every month, that probably means those services are providing enough value to keep on a long-term basis.

Most streaming services, however, probably won’t clear that bar, and immediate cancellation is the best way to avoid getting accidentally slapped with recurring fees. Instead of dealing with reminders, subscription lists, and routine audits, put the burden on the streaming services to earn your repeat business in the first place.