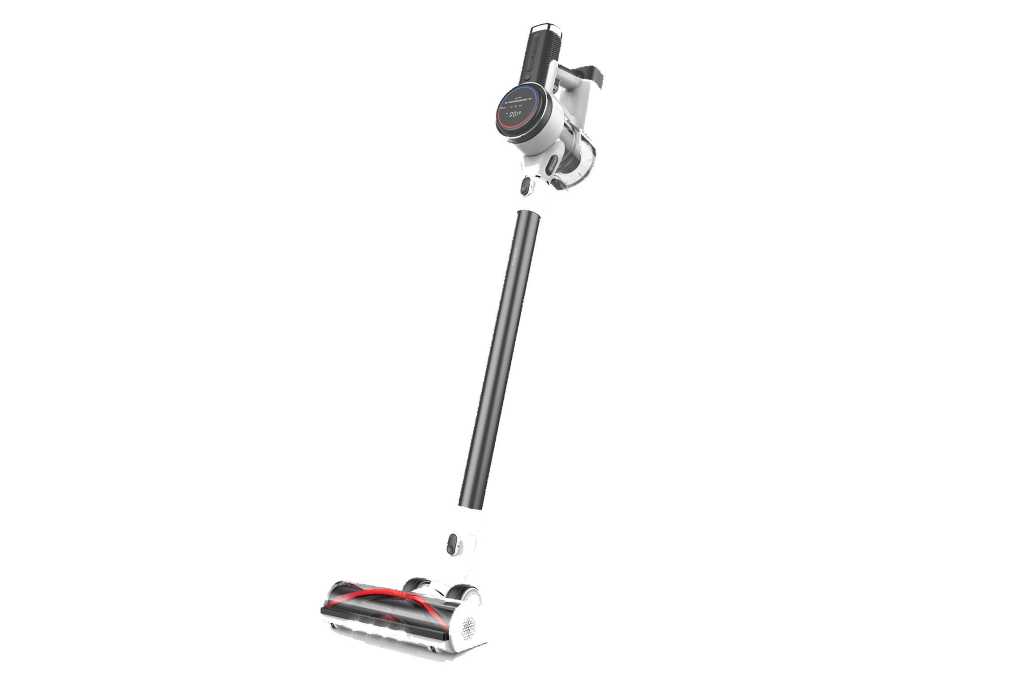 Image: Tineco
At a Glance

The Pure One S12 is an excellent cleaner, but there are less-expensive smart stick vacuums that clean just as well.

Our home appliances are evolving and becoming smarter, and the humble stick vacuum is no exception. The Tineco Pure One S12 cordless vacuum is one of the latest  examples. This vac doesn’t just bust dust, it can detect how much dirt is on the surface it’s cleaning and optimize its suction power to get rid of it. The vacuum is available in three models—the Pure One S12 M ($499); Pure One S12, the subject of this review ($599); and the Pure One S12 Plus ($699)—on Amazon.com.

The S12 looks much like the other stick vacuums in Tineco’s product line. It’s composed of three components: the main body—which consists of the handle, a digital display, and a 0.6-liter dustbin—the tube, and the brush/tool attachment. The S12 comes with several of the last, each suited to a particular job.

The main cleaner is a direct-drive LED multi-task power brush designed for general use on both carpets and hard floors. The other accessories include a mini power brush for upholstered furniture and mattresses; a soft dusting brush best used for shelving, lighting, and electronics; a 2-in-1 dusting brush that can be adjusted for use on hard surfaces or upholstered furniture; a pair of crevice tools; and a powered rinse-free filter cleaning tool that lets you clean the pre-filter without needing to wash and air-dry it.

The S12 is powered by a 450-watt digital motor and has a maximum suction power of 150 watts. It’s secret weapon, though, is an iLoop sensor that allows the vacuum to automatically adjust its suction power to adapt to the amount of dust present. As it can detect particles as small as 15 μm, it can remove dirt that might not even be visible to the naked eye.

The vacuum can be paired with the Tineco app. In addition to providing some wireless control, the app maintains work logs, monitors battery life and filter conditions, and sends notifications when these need to be charged, cleaned, or replaced.

The S12 takes 3 to 4 hours to fully charge. That provides about 50 minutes of work time in Auto mode, but only 10 minutes when consistently using max suction. [Note: The company advertises 100 minutes of run time because the vacuum comes with two batteries, each of which can run the vacuum for 50 minutes in Auto mode.] A docking station is included, which you can mount to the wall near an electrical outlet, so you can charge the vacuum while it’s stored.

Once the vacuum is full charged, you pair it with the Tineco app by removing the dustbin and pressing a Wi-Fi button on the underside of the main body. The app prompts you through the steps of logging in to your wireless network. The whole process took me a couple of minutes.

To vacuum, you just pull back on the trigger-style switch and either manually hold it or lock it in place for continuous power. The S12 defaults to Auto mode, but you can switch to manual by swiping the power control slider on the handle. To toggle back to auto, you press the Auto button above the slider for two seconds.

The digital display provides a variety of real-time information while you’re vacuuming. Battery life is shown as both percentage of capacity and a green-to-red light indicator. A digital bar below this fluctuates up and down to indicate the current level of suction when you’re in Auto mode. Around the rim of the display, a monitoring loop changes from red to blue depending the amount of dust. The screen also displays Wi-Fi signal strength and icons to alert you when the brush roller is tangled, the air channel is blocked, or the dust sensor isn’t working correctly.

I used the multi-task power brush for daily cleanings of carpet, hardwood, and linoleum around my home. The S12 is much lighter and easier to maneuver than a conventional stand up vacuum, and its slim proportions let you get in-between chair legs and under couches without you needing to move furniture. It easily pulled up pet hair, food crumbs, tracked-in dirt, scraps of paper, and, yes, dust, as evidenced by the stuffed dustbin i encountered after each vacuuming.

The S12 performed equally as well when I used its various tools attached directly to the main body to clean furniture, drapes, and ceilings. The soft dust brush quickly became my favorite after I used it to tackle the thick layer of dust that builds up on top of our entertainment center. It made dusting faster and less messy and required me to bust out the rag and polish far less frequently.

I only had a couple of quibbles about the S12’s performance. The first was that using it overhead—vacuuming cobwebs, for example—gets fatiguing quickly if you’re cleaning a large room. The main body weighs 3.53 pounds, which doesn’t look like much on paper, but it feels much heavier after several minutes of sweeping along ceilings.

The other issues propped up each time I had to empty the dustbin. The canister releases and opens easily enough, but packed-in debris, particularly pet hair, tends to get stuck above the filters. The instruction manual recommends using the supplied hair-cleaning tool to fish this out, but I found it didn’t work so well and i had to remove the filters to completely empty the dustbin. I didn’t mind so much having to get my hands dirty, but it might be a bigger issue for people with significant allergies.

The app duplicates the S12’s onboard controls, allowing you to switch cleaning modes and adjust suction power—though why you’d need a remote control to do this isn’t exactly clear, since you still have to manually push the vacuum around. The app will also Keep you informed of the vacuum’s periodic maintenance needs.

It does give you more detailed cleaning data than the vacuum’s display, though, illustrating performance as total dust cleaned per minute, but you must be using the vacuum to see this real-time info, which means effectively using your phone as a second handheld display. After each cleaning, the total cleaning time and amount of dust cleaned is logged in a cleaning record. This data is nice to have, but really the only visual evidence I needed of the S12s job well done was how much cleaner my floors were.

Overall, I was pretty pleased with the Pure One S12’s cleaning. It compared favorably to the, another capable cordless stick vacuum with smart features. Performance being relatively equal, it comes down to a not-insignificant difference in cost: At $299, the Roidmi F8 Storm is half the price of the Pure One S12. That makes it the more attractive option if you’re looking for lightweight cordless smart vacuum that will save your back and your budget.

This story was edited shortly after publication to add the manufacturer’s advertised run-time claim.