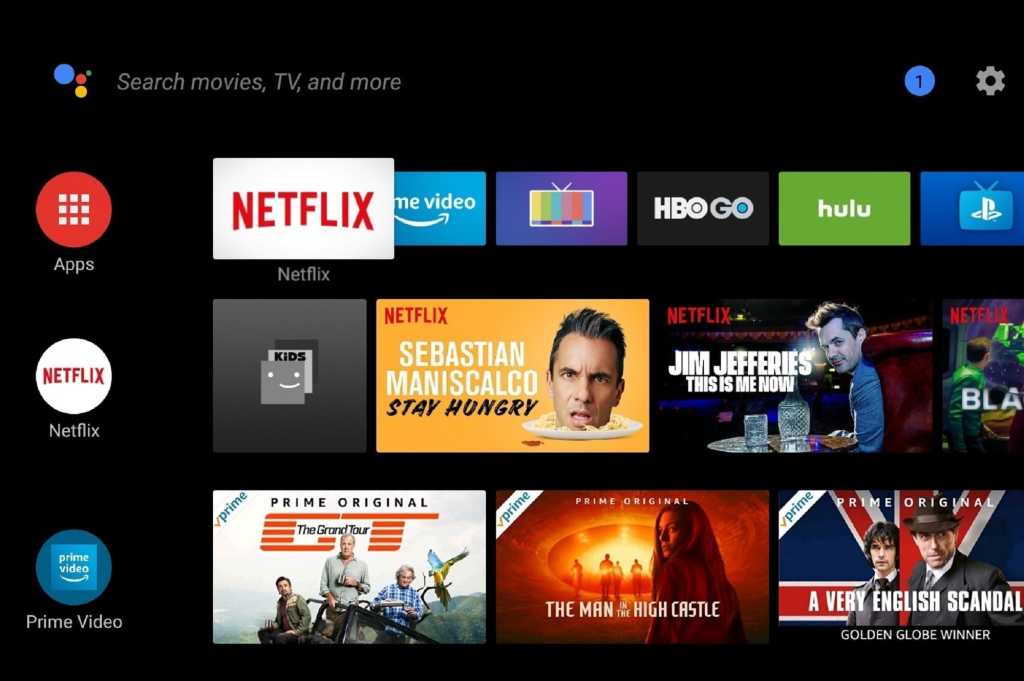 Back in January, I spoke with Google about its plans to get serious about Android TV as a consumer streaming platform. While Android TV has shown potential over the years, it’s always felt like an afterthought compared to Roku, Amazon’s Fire TV, Apple TV, and Google’s own Chromecast devices.

Now, the company has some proof that this is starting to change. Shalini Govil-Pai, Google’s senior director of product management for Android TV, said in a new interview that Android TV has 5,000 apps and games, up from 3,000 around this time last year. That’s partly because of the platform’s momentum in smart TVs and cable boxes—Google said in December that it has “tens of millions of users” on Android TV—and partly because Google has been getting the word out about its newfound commitment.

“Just to be very open, for the longest time, there was a question mark of, ‘How much is Google investing?’” Govil-Pai said. “The fact that Google is investing and is 100 percent committed to it, and we’re putting our best foot forward on it, I think that is the change that people are looking for.”

Getting apps on board

An increase in app quantity, of course, doesn’t mean much on its own, and Android TV enthusiasts will happily point out how many quality apps are still missing from the platform. TV Everywhere app support remains patchy, with Nick Jr., Discovery, and Watch TNT among the notable absences, and Epix hasn’t announced Android TV support for the standalone streaming service it launched in February. DirecTV Now is missing as well, and Hulu only offers an out-of-date app without live TV support.

Govil-Pai won’t talk specifically about what’s happening with those apps, but Ivy Chen, a Google spokeswoman, said “there are conversations happening, and we’re optimistic for them coming on board.”

Meanwhile, the company points to progress with other partners. The NCAA’s March Madness app finally arrived on Android TV for the 2019 tournament, and earlier this month, Google and Amazon agreed to bring their respective YouTube and Prime Video apps to one another’s streaming platforms. Chen said Prime Video should hit Android TV and Chromecast devices in mid-summer.

“I think at some point we all realized that neither of us are doing a service to our users, and it just made sense,” Govil-Pai said. “And then it was just a process of the negotiation to make sure that both parties felt that they were comfortable with the terms.”

Once Google feels like it’s gotten to a better place on video app support, it plans to bring in more fitness and education apps as well, followed by a push for more games. And to further encourage app makers, Google is planning to redesign the Google Play Store on Android TV, with video previews for apps.

“It will be a lot more visual and a lot more cinematic, which is what you expect on TV,” Govil-Pai said.

Even as Android TV gets more traction among app developers, Google is still thinking through some of the big changes that Govil-Pai hinted at in January.

It’s unclear, for instance, if Android TV will continue to promote content from apps through individual “rows” on the home screen, though Govil-Pai says Google is still encouraging app makers to support the feature. Google is also evaluating whether to follow Amazon, Roku, and (soon) Apple in offering direct subscriptions to “Channels” such as HBO, Showtime, and CBS All Access. At the moment, Android TV users must subscribe to each service through individual apps with their own billing systems (or, when Amazon Prime Video arrives, use Amazon’s Channels to subscribe to those services instead).

“A lot of our partners have told us that they’re having success with the Channels model,” she said. “At the same time, there are other partners who say they will never move away from apps, because apps give us the freedom to have that direct relationship with our consumers.”

The other big unanswered question is what consumer hardware Android TV will run on. The best Android TV device, Nvidia’s Shield TV, is now more than two years old, and newer devices like Xiaomi’s Mi Box S have been disappointments. The JBL Link Bar, a soundbar with Google Assistant voice controls that’s also an Android TV streaming box, has been pushed to late summer after being revealed in May of last year. Chen said that a couple of hardware announcements are coming in the next couple of weeks, and that more devices should arrive in the fall. (I asked specifically about the possibility of an Android TV streaming device from Google, but got no comment on that.)

Google’s I/O developer conference is scheduled for May 7, and the company plans to formally announce its Android TV app figures then. But at this point, a strong app selection is table-stakes for any streaming TV platform. Google still has a lot to do before Android TV is ready to take on Roku, Fire TV, and Apple TV in earnest.