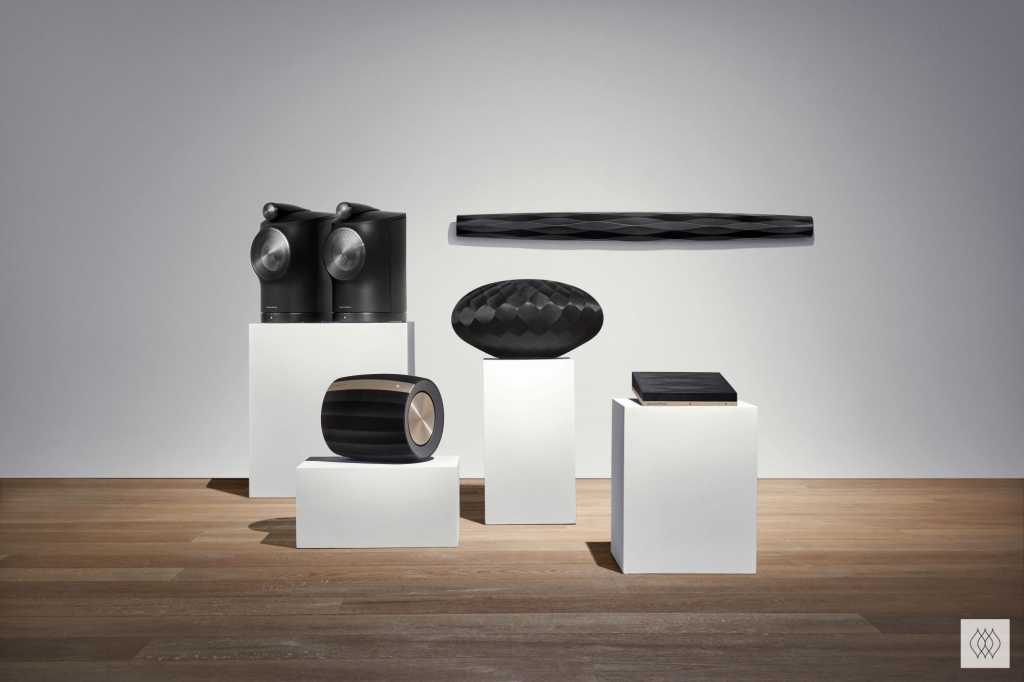 Bowers & Wilkins has been relatively quiet since its acquisition by EVA Automation in May 2016, bringing just a few new products to market since then. That changes in a very big way today with B&W’s announcement of the Formation Wireless Music System, a robust multi-room audio system that targets Sonos where that company is most vulnerable: High-resolution audio (but certainly not on price).

B&W invited us to the company’s UK facilities last week for Formation’s press unveiling, where we had the opportunity to hear the first five components in the Formation suite: the Formation Duo, a pair of self-powered bookshelf speakers; the Formation Wedge, a single powered speaker that replaces the 2015 Zeppelin Air; the Formation Bar and Formation Bass, a soundbar and subwoofer respectively; and the Formation Audio, a wireless hub that enables you to add legacy audio components to a Formation system. B&W CEO Greg Lee hinted that we’ll see more products in this line soon.

Each Formation product boasts a contemporary industrial design that B&W says it hopes will attract a younger audience. And while Formation products will be manufactured mostly in China, the company says some of the parts for the Formation Wedge will be fabricated at the same factory in Worthing, Sussex that assembles B&W’s top-shelf loudspeakers.

As Sonos did before it, B&W has developed a proprietary mesh networking technology dubbed, not surprisingly, Formation. And like Sonos, B&W is also embracing several other “lesser” wireless technologies (lesser in the sense that Formation supports higher digital audio resolutions and sampling rates: up to 24-bit resolution and sampling rates as high as 96kHz).

Formation components—with the exception of the Formation Bass subwoofer, which is designed to be paired with other Formation speakers—will also support Apple’s AirPlay 2 technology (16-bit/44.1kHz streams) and Bluetooth (including support for the aptX HD codec, which can handle up to 24-bit/48kHz streams). Sonos supports up to 16-bit/48kHz streams (stated here only for the sake of comparison—Formation won’t be compatible with Sonos). If you have the infrastructure to take advantage of it, each Formation component also has an RJ45 port for hardwired ethernet.

The Formation suite is also compatible with Spotify Connect, and the components can operate as endpoints for a Roon server. You can control the system using B&W’s Android and iOS app, which the company says will make for an intuitive and friendly user experience, or with iTunes (for AirPlay 2) on a Mac or PC.

We took full advantage of an opportunity to listen to each of the Formation components in a domestic setting and came away with highly positive impressions of the designs, build quality, and audio performance.

First up was the Formation Bar ($1,199), auditioned with a clip from a Hollywood action blockbuster. The 48.8-inch soundbar produced clear and refined higher frequencies from its three 1.0-inch double dome tweeters, but the bass response from its six 2.6-inch woven glass fiber bass/midrange drivers was just adequate (the Formation Bar’s frequency response is rated at 40Hz to 28kHz). The Formation Bar has six 40-watt amplifiers onboard, although B&W did not disclose if these are Class D or something else.

Adding the Formation Bass ($999) to the mix provided a lot more punch for a much more immersive experience. The barrel-shaped subwoofer has a 250-watt digital amplifier driving dual 6.5-inch, long-throw bass units and delivers frequency response of 20- to 156Hz. The combo—which it should be noted supports Dolby Digital but not Dolby Atmos—still didn’t give us the wow factor we were expecting. The sound stage was just not as wide as we would have liked. This could be due to the very large space the system was set up in, or just the overly busy soundtrack.

Switching over to an electronic music video however, the Bar came into its own, with a wide sound stage and with better placement of instruments in the space. Most importantly, even with a bass-heavy track, the low end felt tight and clear without any noticeable distortion.

We tried out the Formation Wedge next. This is an elliptically shaped speaker with a stylishly contoured grill that’s set to replace B&W’s much-loved Zeppelin Air. This $899 speaker boasts a minimalist design, with the only onboard controls being a small touch panel with a proximity sensor that lights up when you approach. You can play and pause music here and adjust the volume, but you’ll need to open the B&W app to do more than that.

After listening to a variety of tracks, it’s fair to say the Wedge delivers big, powerful audio and can easily fill a medium-sized room. Cranking up the volume didn’t distort the low end either. B&W says its aim was to create a smaller product that would fit well into a family room or a bedroom without sacrificing stereo imaging and high-quality sound.

One cannot escape the limitations of physics, however, and the Wedge struggles a little to recreate a well-defined stereo image. If that’s critically important to you, you can pair two Wedge speakers together; or if funds allow, you can step up to the Formation Duo.

Unlike any previous wireless speaker from Bowers & Wilkins, the Formation Duo are designed to operate as a stereo pair (for $3,999) and are not sold separately.

Each speaker is equipped with its own Formation Wireless module and a 125-watt amplifier driving a 1.0-inch tweeter and a 6.5-inch midrange/bass driver. These speakers share components with B&W’s high-end loudspeakers, including the carbon dome tweeter-on-top technology from the 700 series, and the Continuum cone drivers from the top-shelf 800 Series Diamond.

The curved cabinets are sealed versus ported, so you can place them close to a wall without worrying that you’ll distort their bass response. The left and right speakers connect wirelessly, so the only cords you’ll need are the power cables for each speaker, which can be hidden inside the optional stands.

The Formation Duo is a big step up in sound quality compared to any of the other speakers in the Formation line. This combo produces big sound that’s rich with detail. We were very impressed with its sound stage as well, and quite satisfied with its bass response. But if you find its low end lacking, you can add the Formation Bass to the equation.

The Formation Audio wireless hub ($699) was the one component we didn’t get much of a chance to play with. It’s principally designed to enable folks to add legacy audio components—a beloved turntable or a high-end CD player, for example—to the Formation’s wireless ecosystem. It’s equipped with both analog and digital inputs and outputs (analog RCA in/out, Toslink in, and digital RCA out), and it has high-performance analog-to-digital and digital-to-analog converters onboard.

We did get to listen to one track streamed from a turntable to the Formation Duo speakers via the Formation Audio hub, and the demo sounded fantastic.

B&W has what looks to be a very strong wireless high-fidelity audio system here, although the price tags will put it out of reach for some folks—a fact that Sonos is sure to find reassuring. But our listening opportunities were limited and outside our direct control, so we won’t pass final judgment on the Formation Suite until we’ve had opportunities to perform in-depth listening tests in our own environments. Stay tuned.