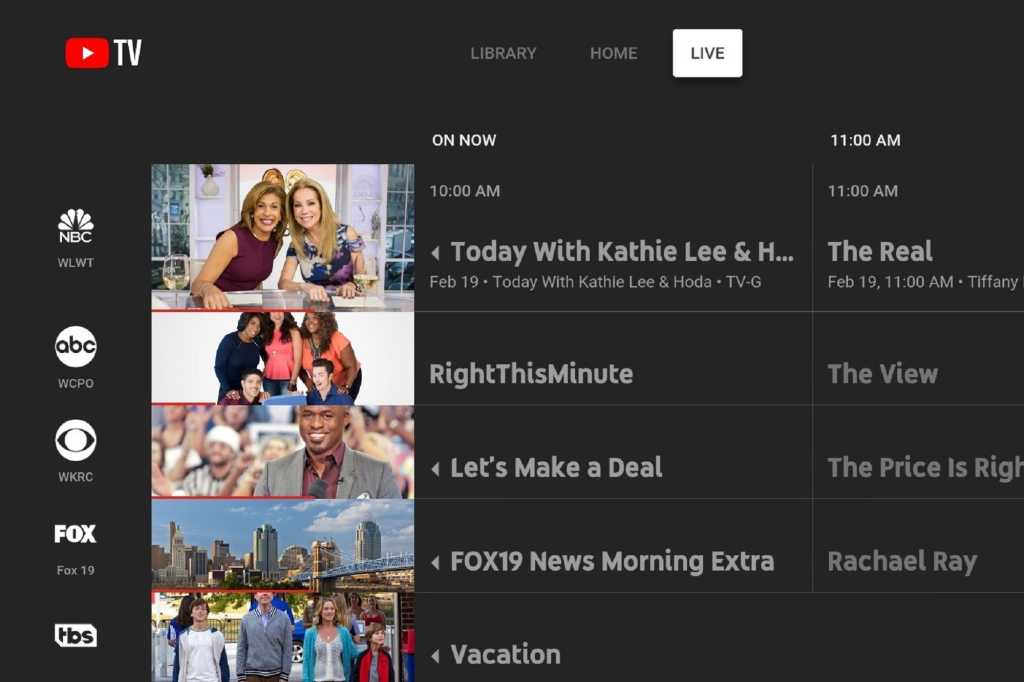 When I dropped cable TV more than 10 years ago, there weren’t a lot of alternative viewing options beyond Netflix, Hulu, and an antenna. If you wanted a lower TV bill, you had to forgo most of what was on cable.

Since then, cord-cutting has gradually gotten easier, with more shows to watch on streaming services, and many more streaming services overall. You can even replace your cable or satellite TV bundle with a live streaming one, and get a similar experience with many of the same channels.

While this shift has been mostly positive for consumers, it’s also led to some false assumptions that ditching cable TV doesn’t require sacrifice. That’s why we constantly hear nowadays that cord-cutting is a failed experiment that was fun while it lasted, but has now become just as bad as cable. It’s easy to draw that conclusion if you’re unwilling to give anything up.

As someone who’s been doing this for a long time, I can say that cord-cutting has never been a magic solution. It has always been a set of choices and trade-offs you could make in service of saving money. So consider this a reality check: The more you’re unwilling to bend, the less money you will save, which means cable might still be a better option.

When it’s okay to keep cable

My impetus for writing this is YouTube TV’s latest price hike from $40 to $50 per month, which took effect last week for new subscribers and will hit existing ones—including those grandfathered into YouTube TV’s original $35-per-month pricing—after May 13. To blunt the impact, YouTube has added channels from Discovery, including Discovery Channel, HGTV, Food Network, TLC, Investigation Discovery, Animal Planet, Travel Channel, and MotorTrend.

The irony is that these changes will likely make cord-cutting easier for a lot of people. According to Nielsen, HGTV was the fourth-most popular cable channel in 2018. The Discovery Channel, Investigation Discovery, and Food Network made the top 20 as well. Also worth noting: YouTube TV lifted most of its ad-skipping restrictions last year in response to widespread complaints, and in recent months has expanded its local broadcast coverage to take the service nationwide. I suspect those improvements, like the new Discovery channels, cost money to implement.

We’ve seen this story play out several other times over the last year or so. Hulu recently raised live TV prices from $40 to $45 per month after adding Discovery channels to its lineup, and FuboTV just raised prices from $45 to $55 per month as it prepares to add Viacom channels. PlayStation Vue hiked prices by $10 per month last summer as it expanded its own local channel coverage, and YouTube TV had raised prices to $40 per month last spring after adding Turner channels. Even Sling TV, a bulwark of skinnier TV channel bundling, upped the price of its Orange package from $20 to $25 per month last summer, after years of steady channel additions.

In other words, if it seems like these live TV streaming services are inching closer to cable pricing, it’s because they’re adding more of what people want from cable. While we might have imagined a world in which every service offered a vastly different channel lineup, each appealing to different niches, the reality is that companies like YouTube, Hulu, and Dish (which owns Sling TV) want to reach broad audiences. And TV networks have never been interested in breaking their channels into smaller packages.

Mind you, these live TV streaming services can still save money. Most of them operate on slimmer profit margins than cable, they still tend to have narrower channel lineups (albeit by decreasing degrees), and because they don’t require you to rent a cable box, the savings really add up with multiple televisions at home. With the price of cable TV now averaging $107 per month, services like YouTube TV should come out cheaper for many people. They’ll also be more practical as their channel lineups expand.

Still, I continue to hear from folks who are now getting a better deal from their cable companies, either because they’re on a sweet promo rate for TV service or because their internet service provider charges astronomical prices for internet alone. (Usually it’s a combination of those factors, as bundle discounts tend to erode alongside introductory TV rates.) If that’s the case for you, that’s okay. The primary goal of cord-cutting is not to spite your cable company, but to save money. Take the least expensive option for your must-have channels and don’t feel bad about it.

That’s not to say cable is your only option if live TV streaming seems too expensive. Cord cutting has always offered alternatives, provided you’re willing to make some trade-offs.

For one thing, you can add or drop live TV streaming services at any time as your needs change. Don’t care about sports in the summer, but can’t live without NFL Redzone in the fall? Sling TV Blue with Sports Extra ($35 per month total) might get you through those colder months. Conversely, you could use Sling Blue ($25 per month) to get your regional sports network during baseball season, and then upgrade to a larger package when winter sports hit full swing. Cancelling or downgrading service is much easier with streaming services than with cable.

If sports aren’t your thing, your options open up. Philo ($16 per month) offers dozens of non-sports cable channels, while on-demand services like Netflix, Hulu, and Amazon Prime offer more TV shows than you could ever hope to watch. Premium cable channels such as HBO, Showtime, and Starz are all standalone streaming options now, and new services like Disney+ and Apple TV+ are coming later this year. You can pick the services that work best for you, or add and drop different ones as needed. And if you’d rather not pay for anything, free streaming apps like Pluto TV, Tubi, and The Roku Channel offer troves of ad-supported movies and shows.

As for news, you can forgo the cable news giants and find plenty of reputable, free streaming options with round-the-clock coverage from mainstream brands like CBS News and NBC News to up-and-comers like Cheddar and Newsy.

All the options I just described require sacrifice. You might need to give up some channels or shows that you like, or do some occasional finagling to keep prices down. The goal becomes not so much to replace your cable bundle, but to find sufficient entertainment for less money.

What cord-cutting offers—and has always offered—is the ability to make those trade-offs. If that doesn’t sound appealing, and live streaming services like YouTube TV don’t seem worthwhile, you might just be better off with cable.