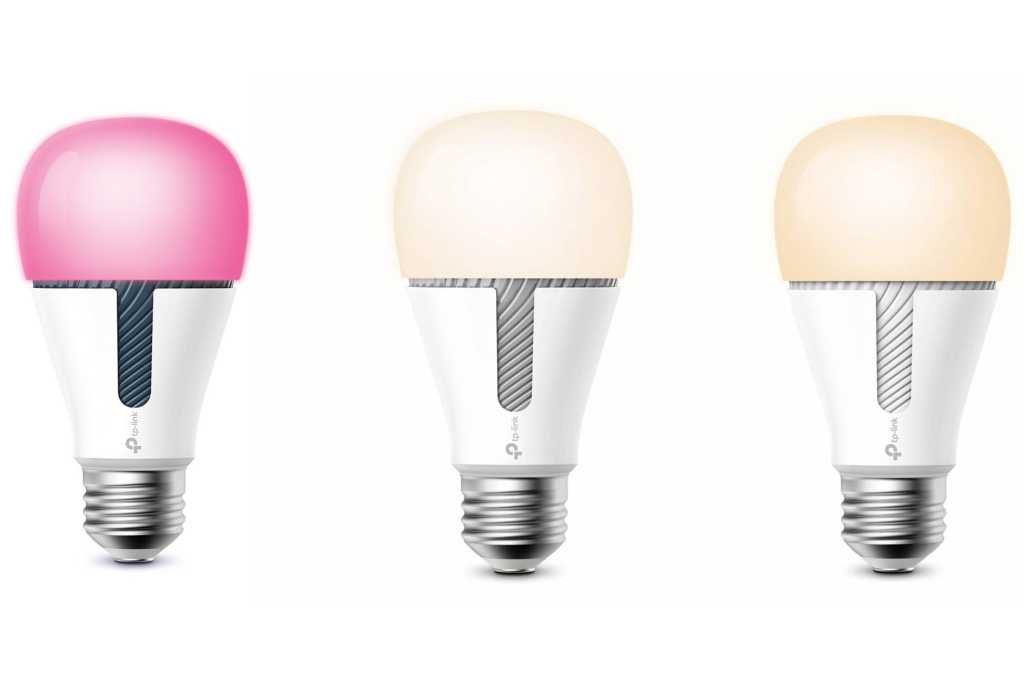 TP-Link has given its Kasa Smart Wi-Fi light bulb line a significant upgrade. The old LB series has given way to the new KL series, which dramatically upgrades the design of the bulb (for better or for worse) while leaving the core operational features intact.

The Kasa KL series is available in three versions: a color-tunable bulb (KL130), a white-tunable bulb (KL120), and a white dimmable/non-tunable bulb (KL110). All three share the same physical design (with minor cosmetic exceptions), work via the same Kasa Smart app (available for Android and iOS), and offer the same luminosity of 800 lumens (a 60-watt incandescent equivalent). The KL130 draws 10.5 watts, while the two white bulbs each pull 10 watts. 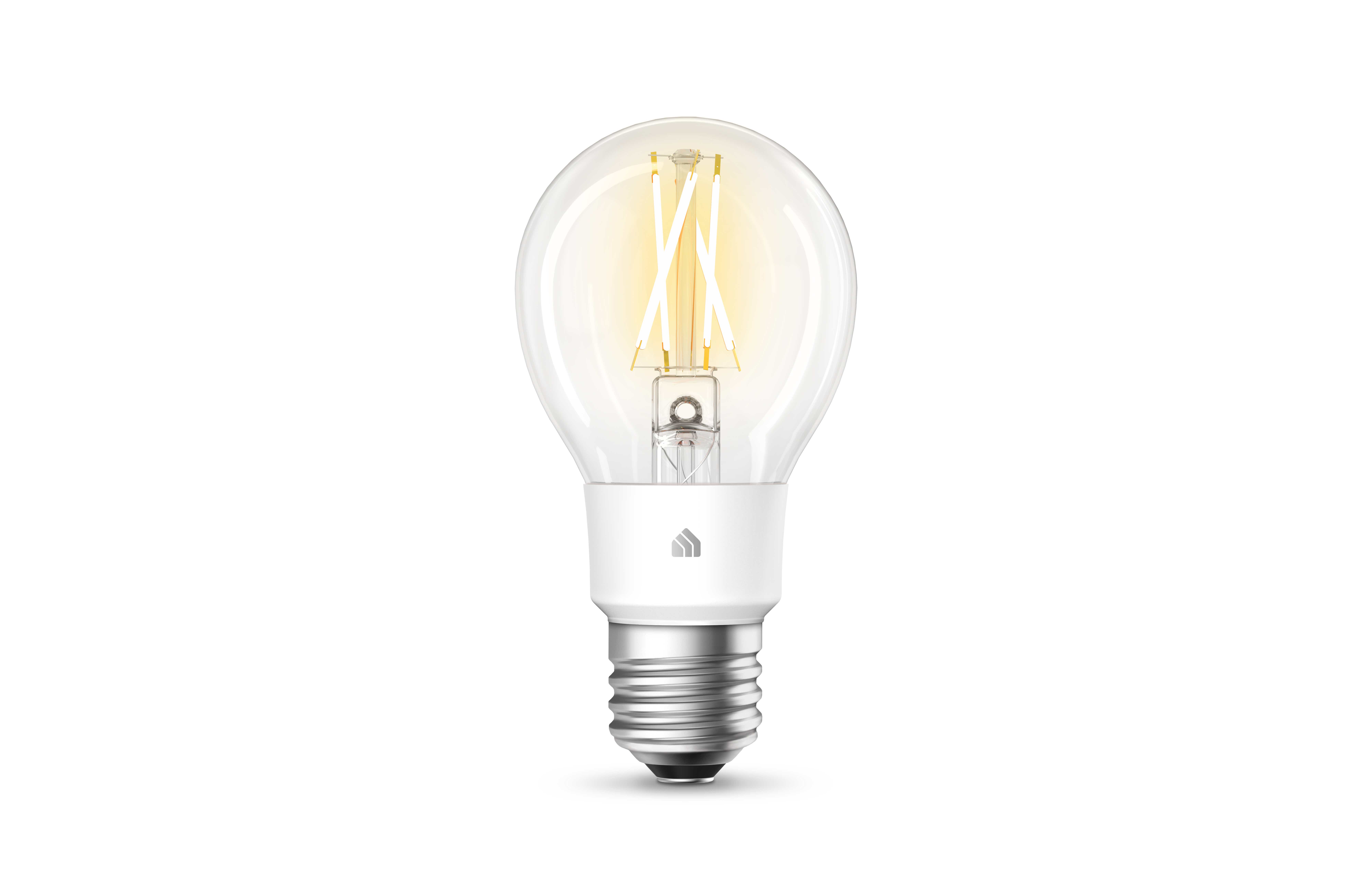 The old LB series bulbs aren’t the most beautiful items I’ve encountered, and the KL line aren’t the most attractive bulbs, either. The overall shape of the redesigned bulbs is more trapezoidal than Edison-shaped, with a somewhat flat top. That’s fine, but the electronics and heat sink beneath the glass remain quite large, and this piece is now built into a strange, split-level design that sandwiches a black, gray, or white piece of plastic beneath its white external shell. (The color of that plastic indicates which bulb variant it is.) A cut-out lets you see the plastic underlay, which is etched with a swirly design.

All in all, it’s awfully overdone considering we’re talking about a light bulb, which is not a piece of hardware I typically want to draw attention to itself unless it has nifty filaments to showcase, like GE’s Vintage offerings. Instead of coming across as stylish and modern, the overall look already feels dated, overcomplicated, and a little silly. 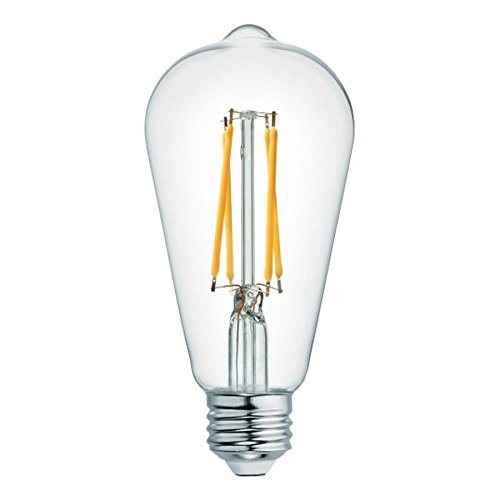 You set up these bulbs in a fashion similar to most Wi-Fi hardware and identical to other Kasa products, involving connecting to a temporary wireless network created by the bulb, and then using the app to join the bulb to your home network. I had no setup troubles during my review of all three bulbs; everything worked seamlessly.

Once connected, TP-Link’s simple Kasa Smart app gives you access to a modicum of easy configuration options through its fairly bare-bones interface. All three bulbs include a basic scheduling system and allow you to save several presets of key color and brightness combinations that you use frequently. As a bonus, the bulbs all also include a simple usage meter, letting you track energy consumption and running time over the current day, the last seven days, or the last 30 days. There’s no in-depth history metering here, but it’s better than nothing.

The app isn’t perfect, though. The dimmer slider, placed below the color picker, isn’t labeled and can be hard to see, and there’s no on/off timer included. If you want the lights to go out after half an hour, you’ll have to use the time/date scheduler instead. All bulbs do include support for Alexa, Google Assistant, and Microsoft Cortana, which adds flexibility, but HomeKit support is still in development.

Across the board, I had no difficulties with any of these features working as advertised, and I found the bulbs to be very responsive to commands from the app, always reacting within a fraction of second. See below for my detailed thoughts on the ways in which the bulbs vary.

The KL130 offers plenty of ways to choose a color or white color temperature, and even color newbies shouldn’t have any trouble with it. On the main screen a small selection of color options (those which are closest to your currently selected color) appear. Tap “more colors” to get a grid of 88 options that span the color gamut. If you need even more refinement, a complete color wheel gives you even tighter control over your selection of hue.

If you prefer white light, the same idea persists. Choose from a range of eight preset color temperatures from 2500K to 9000K, or go more analog with a slider that lets you dial things in even more narrowly. A dynamic auto-white mode lets the bulb shift white color temperature over the course of the day. At 30 bucks a bulb, the KL130 is a moderately good deal compared to other name-brand options that offer similar features and brightness, though you will find that lower-end generics significantly undercut that price.

The KL120 takes the same features as the KL130 and strips out the color options. It also cuts the price tag another five bucks. That might be a decent trade-off, except that the KL120 also dumbs down one of the KL130’s most compelling features: Its very wide color temperature options when in white light mode. While the KL130 stretches from 2500K to 9000K, the KL120 gives you a range of just 2700K to 5000K, divided into four preset temperatures.

As with the KL130, you can also choose a secondary interface to more meticulously select the temperature you want within that range; unfortunately, 2700K to 5000K just isn’t really wide enough, particularly on the cool side of things. With the KL130 a mere $5 extra, it’s the much better buy no matter how you plan to use it.

Zero surprises here: This is the same bulb as the KL120, but hard-tuned to a warm 2700K. It’s a pleasant, soothing hue, though at just 800 lumens it might be on the dim side for task lighting, depending on the room, even at maximum brightness. The Kasa Smart app turns the color selector into a large orange rectangle that shrinks and grows as you slide the dimmer slider beneath it. As with TP-Link’s other bulbs, the dimmer is responsive to the point of operating in near real time. While 20 bucks isn’t a bad deal for this bulb, generics are available for considerably less.