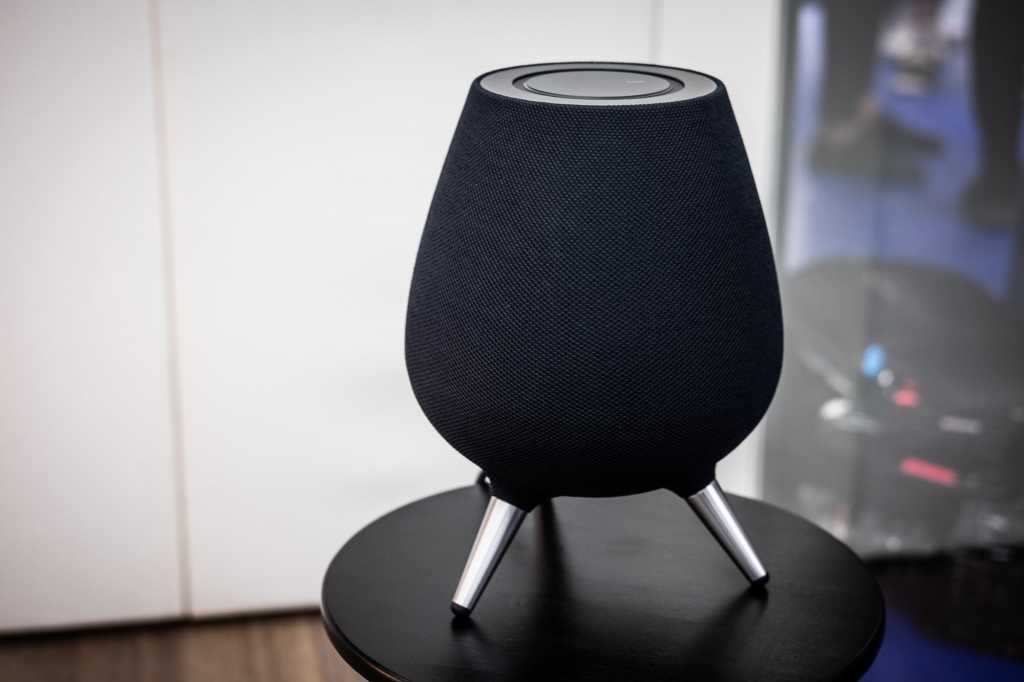 We haven’t seen hide nor hair of the Galaxy Home smart speaker since its unveiling alongside the Note 9 in August, but Samsung has been hard at work ahead of its presumed 2019 launch. The Galaxy Home made an appearance as part of a Bixby Routines demo I received at Mobile World Congress, and the device has gained some fun new tricks.

Bixby Routines are customized if-this-then-that commands that let you control a group of devices and actions with a single command. Currently exclusive to the Galaxy S10+, several preset options are available for optimizing your phone by turning on battery saver and night mode. But on the Galaxy Home, routines will be tailored to things that make sense in your house, such as turning on the lights when you say, “Hi Bixby, I’m home.”

Setting moods is another example. You can already use Bixby to turn on  lighting, your Samsung television, and other smart devices, but routines will let you control all of them at once just by saying something like, “Bixby I’m ready to meditate.” On the S10, phrases and actions are all customizable via the Bixby tab in the Advanced section of Settings, but Samsung hasn’t said whether a Galaxy phone will be required to operate Galaxy Home as Apple does with its HomePod.

Capabilities also extended to televisions. With Samsung’s new line of 2019 sets, your Galaxy Home will be able to show weather and movie selections, just by asking. In the demo, the person said, “Hi Bixby, show me recent movies,” and five selections available for rent popped up on the screen. She could then choose which one she wanted to watch just by asking.

The Galaxy Home was also used to ping a phone that had gone missing, clean a suit with an Air Dresser, and find a local restaurant. In the last example, Bixby on the Galaxy Home also gave a Yelp rating and started a call by sending the number to a nearby S10. I was also told the the Galaxy Home would be able to answer calls, but I wasn’t shown that functionality.

As far as the device itself, the speaker’s funky tripod design has been refined a bit, with a wood-grain option for the legs in addition to the standard silver. The voice was also different than the default Stephanie voice on Galaxy phones, so Samsung may be looking to differentiate the experience on the devices. I was told users would be able to customize Galaxy Home with the same four voices, however.

One thing Samsung didn’t unveil was a ship date. Recent rumors have suggested an April launch, but Unpacked has come and gone without even a vague reference. But at least we know it’ll be more than a Spotify speaker when it ships.