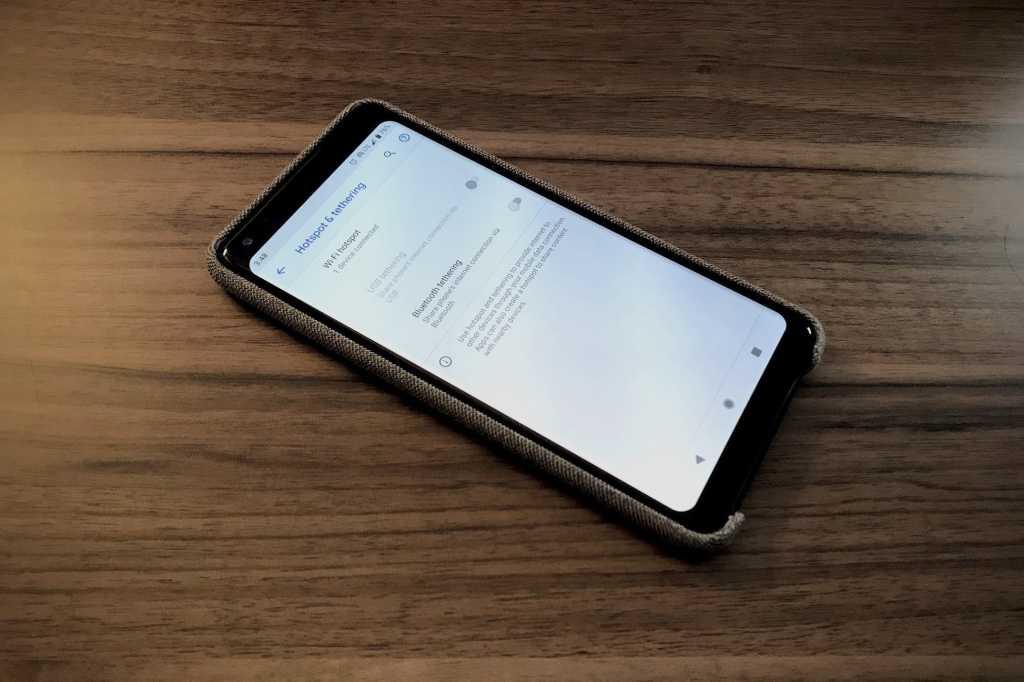 When people reach out to me about cutting the cord, they’re often looking not only to drop TV service, but to sever all ties with their cable company. As such, one of the most frequent questions I get is whether it’s possible to drop home broadband service and use only a phone’s mobile hotspot to access the internet.

I hate to bear bad news, but this approach remains impractical if you plan to watch any significant amount of video on your laptop, tablet, or television. That’s because every major wireless carrier limits high-speed data while using your phone as a hotspot, so even with an unlimited data plan, you’ll run into problems streaming video.

The good news is that you can still save money by dropping cable TV and keeping cable internet service.

The limits of a mobile hotspot

Here’s how each of the four major U.S. carriers restricts mobile hotspot use with their unlimited data plans:

What does all this mean? If Verizon, T-Mobile, or Sprint are throttling your hotspot speeds, you’ll barely hit Netflix’s minimum speed requirement of 0.5Mbps. Netflix recommends a minimum speed of 1.5Mbps just for standard-definition video, so you’ll be getting a pixelated picture with lots of potential for buffering. With AT&T’s throttled speeds, you won’t be able to stream Netflix at all.

As for how much you can watch at full 4G LTE speeds, Netflix consumes at least megabits per second, or 2.25 GB per hour, in HD. Even with the most generous of these plans—that’d be Sprint’s Unlimited Premium with 100GB—you’d only get to watch about 44 hours of TV per month before hitting the limit. Other plans would limit you to less than 10 hours of HDTV per month, and that’s assuming you don’t use home internet for anything else.

I’m not saying it’s impossible to cut the cord with a mobile hotspot, but in addition to limiting your TV time, you’d also need to use an antenna where possible, seek ways to limit streaming video quality, and curb hotspot use with other devices such as tablets and laptops. Meanwhile, the hotspot feature itself will eat up your smartphone’s battery life, and it might not perform well if it’s in a different room from the TV that’s receiving the Wi-Fi. For most people, this will all be more trouble than it’s worth.

What about alternative carriers?

The “Big Four” carriers aren’t your only options for wireless service. You can also opt for a “Mobile Virtual Network Operator,” or MVNO, which essentially repackages coverage from one or more of the Big Four carriers, often for less money. Unfortunately, most of these services place similar restrictions on mobile hotspot use.

The one exception I found is Visible, a Verizon-backed digital carrier that operates on Verizon’s network and costs $40 per month for unlimited data. Visible’s speeds max out at 5Mbps, so you probably wouldn’t be able to watch TV in high definition, but Visible doesn’t appear to have any additional restrictions on mobile hotspot use. In theory, you could watch as much standard definition TV as you wanted.

One caveat, though: If the network is seeing heavy demand, Verizon’s actual customers get top priority, pushing down speeds for Visible customers. That could be a problem if you live in a densely populated area.

One of the great hopes for a more competitive home internet market in the United States is the arrival of 5G wireless, which can support much faster speeds even under heavy demand. Wireless carriers have been hyping 5G as revolutionary for both mobile and home internet service, so you’d be forgiven for thinking the technology is imminent.

In reality, 5G home internet will only be available in certain parts of certain cities this year, and building out the infrastructure more broadly will be an arduous process. Don’t be surprised if the ability to replace your cable internet with 5G service takes five years or more.

Why you shouldn’t despair

Although you probably can’t ditch cable internet, chances are you can still come out ahead by cutting cable TV. The average TV bill in the United States is about $100 per month, and it’s only getting pricier as TV networks squeeze cable and satellite companies for higher carriage fees. While home internet service is also getting more expensive, it’s not climbing at nearly the same rates as TV, because there are no external factors forcing cable companies to hike prices, and because internet service is much more profitable to begin with.

Even if your internet provider enforces data caps, those tend to be far less restrictive than those of mobile carriers. Comcast, for instance, starts charging overage fees after 1TB of use, which is 10 times more data than what Sprint allows for hotspot use on its priciest service tier.

Can you truly say you’ve cut the cord if you’re still tethered to the cable company for internet access? If we’re arguing semantics, perhaps not. Can you still save money regardless? Most definitely.