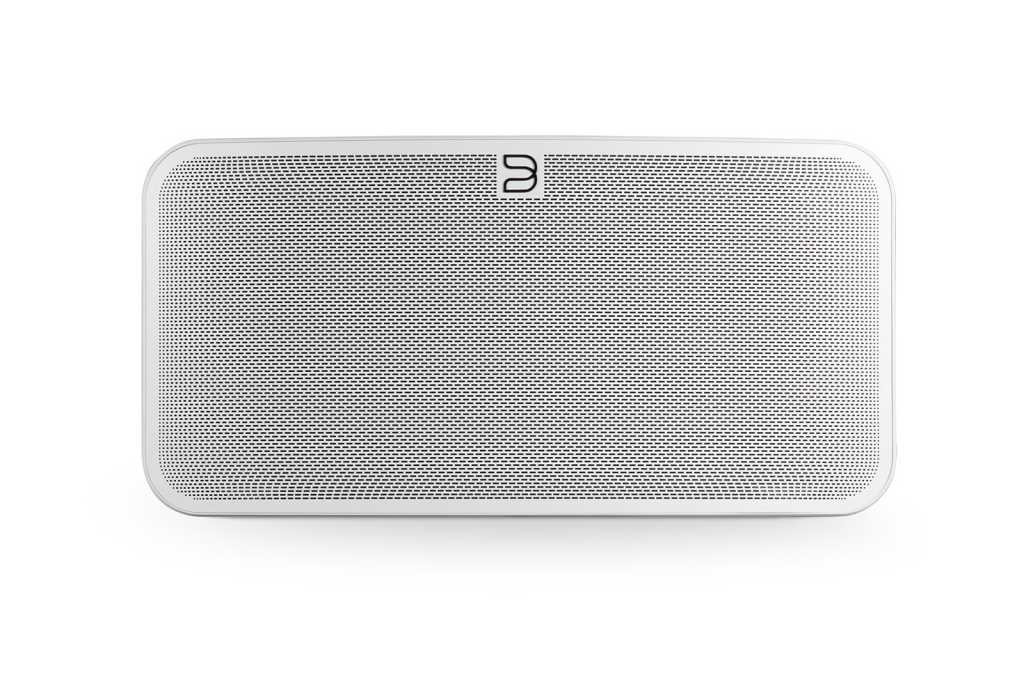 Better sounding than the original, the Pulse Mini 2i can also now be controlled via Alexa and it supports AirPlay 2. For the price you can’t do better.

Though nearly identical physically to its predecessor, the Pulse Mini, the Bluesound Pulse Mini 2i sounds significantly better. In fact, this is one of the best single-cabinet stereo speakers I’ve heard. Add support for Alexa, AirPlay 2, and the versatility of the BluOS multi-room system, and the $499 Pulse Mini 2i is a Bluetooth speaker to be reckoned with.

The Pulse Mini 2i is outfitted with two 4-inch woofers and two 0.75-inch tweeters driven by a 100-watt amplifier. It’s available in black or white, weighs 8 pounds, and measures about 13.2-inches wide, 6.8-inches high, and 6.1-inches deep. It features a two-way (transmit and receive) Bluetooth 5.0 radio that can drive another speaker or headphones, and it supports the 24-bit aptX HD codec. It can also operate over your home network (either Wi-Fi or hardwired ethernet) and be linked with other Bluesound speakers in a stereo configuration or as a component of a multi-room system using the embedded BluOS and the Bluesound app.

The app is broadly available on Android, iOS, Kindle, macOS/OS X, and Windows. There’s also a configuration page hosted by the Pulse Mini 2i itself that you can access with your Web browser.

Five backlit touch controls are on top of the cabinet: Volume up and down, track forward and back, and play/pause. The color of the play/pause button indicates the status of the unit as follows.

I included the list above because it’s not explained in the setup guide, and the info is hard to find on the company’s website. There’s a user’s guide, but it’s hidden in the HTML configuration pages. Also unexplained by any documentation that’s easily found are the analog/optical input (an adapter is included), mini-USB port (for factory firmware updates), Type-A USB port for playing music directly from storage media, using the ethernet port as a faster and more stable alternative to Wi-Fi, and a service button that is used in conjunction with the mini-USB port by technicians.

Seriously, if you’re charging $499, add a page to the setup guide explaining the ports and color codes. Documentation scattered about in obscure locations was also an issue with the first version. Good grief.

While I’m griping: One thing that bugged me about the original Pulse Mini was the lack of feedback for the touch controls. No friendly click, blink, or beep to tell you that the device had received your input. This time around, the volume up/down and previous/next track buttons blink when you touch them. Bluesound seemed surprised to hear this (I have video evidence), and it’s a little hard to see as your finger covers most of the button, blocking out the light, but at least someone tried. Perhaps they could make the buttons just a bit larger and pulse the light instead. (Pun intended).

Weak controls and documentation are mere annoyances. Sound is the thing with speakers, and as I said up top, the Pulse Mini 2i sounds much better than the original—a high compliment as that speaker also sounded terrific. Frequency response seems improved, and there’s a better stereo field thanks to the additional woofer. Did I mention that the older model had only one?

The Pulse Mini 2i is simply on a different level from the $100 to $200 speakers from Sony, JBL, and others that dominate this market, and it compares well to even more expensive boutique stuff. It’s what I call musical in its reproduction, meaning that if it’s colored at all at the default settings, it’s in a very positive way.

This speaker is also sonically versatile in that it responds very smoothly to the EQ settings provided in the app (everything is done from the app). If you’ve ever added treble or bass and wound up with tinny and/or boomy, or heard no difference at all, you know what I mean. Instead, the Pulse Mini 2i just EQs nicely to just about any genre, with an overall sound that has enough definition (i.e., sonic separation of instruments) for classical, and enough punch for pop and rock.

There’s a decent amount of bass that can be enhanced via the deep bass toggle in the app, but probably not enough to satisfy EDM or dance music fans beyond a static listening experience. You can also brighten up the sound using the treble control. Indeed, I never succeeded in make this speaker sound bad.

Back to the app once again, this is well-made software that not only plays and streams a wide variety of stuff, but it also controls the Pulse Mini 2i and any other Bluesound products you have in the house. If you like multi-room setups, Bluesound’s implementation is top-notch. I’ve only heard it in demos (they sent me only one speaker to review), but it worked as well as any. Latency is compensated for, so that everything will play at the same regardless of distance from the source.

You can also combine two units to form a stereo pair, with one playing the left channel  and the other the right. This is done via the network, not via Bluetooth as with many other brands.

The Bluesound app and Pulse Mini 2i support quite a few codecs, including two that many audio vendors skip: Windows Lossless and Opus. Opus files are rare, but it’s a very high-quality lossy standard with a cool musical name. MQA, which some TechHive editors are enamored with is also supported. What exactly makes that codec special beyond its versatility is something I’m still investigating.

Of course, the Pulse Mini supports the more popular types, including MP3, lossy WMA, Apple (lossy AAC and lossless ALAC), FLAC, and WAV. The speaker supports sampling rates from 32kHz to 192kHz at depths ranging from 16- to 24-bit. Let me know if you can tell the difference with anything above 44.1kHz.

Interested in integrating the speaker into your smart home? You’ll find support for DIY solutions like Lutron as well as custom systems such as Control4 and Crestron. (We did not evaluate this feature.)

The Pulse Mini 2i is better sounding than it’s predecessor, and that’s saying a lot. It’s definitely worth skipping a few lunches for if you were thinking about something cheaper, and it might afford you a few if you were looking at pricier units.

That said, I’ve seen better setup help and control feedback with $50 speakers. The Pulse Mini 2i is $500—add a page to the setup guide and blink the lights brighter for goodness sake.