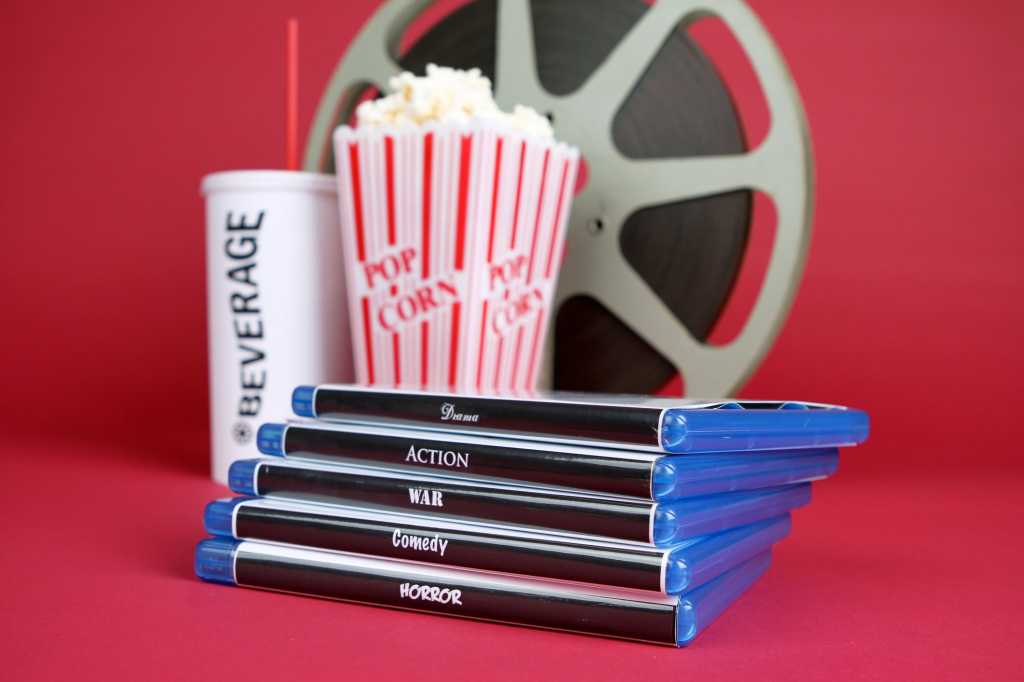 The entertainment industry has spent an untold amount of money creating and implementing copyright protection for its content. Because copy protection prevents casual copying to other media, such as a hard drive, NAS box, or USB stick; it makes it difficult to make legal back-up copies of the digital media we purchase (not rent); and it raises the price of disc players, streaming devices, and TVs. Copy protection has also been known to create interoperability issues.

For those who would never consider stealing the stuff, this is just a pain in the derrière. Especially as storing all your movies on a hard drive or NAS box running a media server such as Plex make them far easier to access on all your devices from wherever you happen to be. We’ll show you how to relieve the pain in a moment, but Hollywood would have you believe it’s unnecessary.

And Hollywood has come up with various systems to satisfy consumers’ legitimate expectations to be able to back up, stream, and otherwise make use the digital movies and TV shows they’ve paid for, but they have tended to fall by the wayside. If you bought a Blu-ray disc and redeemed the UltraViolet code that came with it, for example, you’ll lose access to that digital locker system on July 31.

It’s great to see the industry responding to consumer demand, and there is no additional fee to use Movies Anywhere, but there is also no guarantee the service will be available in perpetuity. The good news for consumers is that despite the enormous resources the industry has invested in DRM (digital rights management), every copyright scheme to date has been cracked or bypassed, including the latest: AACS 2.0. Yup. Ultra HD Blu-ray discs can be copied. Not as easily as the rest, but it’s doable.

The letter of the law

You will want to be aware, however, that while it is perfectly legal to make copies of your digital media, the letter of the law states that it is illegal to defeat encryption to do so. The law in question being the Digital Millennium Copyright Act (DMCA). It’s a conundrum: To do something legal, you must first do something that’s illegal. That said, it is extremely unlikely that the FBI will show up on your doorstep if you start archiving the discs you own (disclaimer: I am not a lawyer; do not take that as legal advice). Start sharing that content en masse on the internet, on the other hand, and all bets are off.

With all that in mind, here’s a practical guide to backing up the digital movies and shows you own.

To be honest, it had been so long since I paid attention to the subject of ripping, that at the onset of this writing, I was still under the impression that Ultra HD Blu-ray’s AACS 2.0 copy protection was still unbreakable. Hah! Will I ever learn?

You can copy (rip, in the more common vernacular) an Ultra HD Blu-ray disc, but doing it is more of a hassle compared to other types of media. To begin with you need to own or buy one of the few drives that support the process. I won’t list them all here, but they’re easy to find online (just search on the phrase “ultra hd blu-ray friendly drive”). These are basically drives that read the more capacious BDXL discs, support AACS 1.0, but counterintuitively don’t support AACS 2.0. There are quite a few of these devices, but they’re of a certain age and firmware revision.

We had two models of this type in our lab, but both had the wrong firmware. Additionally, buying one of these new might require a firmware downgrade to work. (The industry is not asleep). This might also require a hacked or third-party utility. And in some cases, you’ll need to remove an external drive from its case and attach the bare drive to your PC’s SATA bus.

That’s a whole lot of trouble to back up a disc, but there might be a workaround coming soon for all BDXL drives, including newer types that support AACS 2.0. In the meantime, if you have a capable drive, then say hello to MakeMKV (more on this program in a bit). Ultra HD Blu-ray uses standard Blu-ray media, it’s just stores different data in a slightly different way.

There’s also a Russian company, Arusoft, that has developed ripper software called DeUHD that purportedly works with drives that do support AACS 2.0. Unfortunately, I had no luck with the trial version and the Ultra HD Blu-ray disc Deadpool. To be fair, the problem could be the software I tried to play the rips with. It takes a relatively new PC and GPU to play back 4K UHD video.

DeUHD isn’t cheap: It costs 99 Euros (about $113 US) for a lifetime license, plus you’ll need one of the Ultra HD Blu-ray drives that it’s compatible with. There’s also a 60-Euro version (about $69 US), which apparently entitles you to updates for the latest movie updates for six months after purchase (the software will continue to work with any movies the software supported until the date your six months ends). Each update brings more supported titles, but you are at the mercy of the company’s continued existence. If they disappear, you’ll only be able to back up discs that they’ve already added support for.

There have also been intimations that the methodology DeUHD uses could become obsolete one day. I can’t tell you if that’s true or not, but I do know DeUHD only rips to ISO files. Some computer software, including PowerDVD 18, will play both raw Blu-ray directories and ISO files. But if you want to stream the video to something like a Roku set-top box or watch it on your smartphone, you’ll probably need to use a program such as MakeMKV to convert ISO images into MKV files.

MakeMKV can also rip Blu-ray discs all by itself, and given the proper keys, MakeMKV can rip Ultra HD Blu-ray discs, too. There’s a list of such keys available online, but I can’t point you to it. Search “MakeMKV hashed keys” and you should be in good shape.

MKV (Matroska) is an open-source, free (for personal use), multimedia container format supported by a non-profit organization in France. You might think of multimedia containers such as this as envelopes containing many audio, video, and subtitle streams; chapter entries; menus; metadata; and more. In addition to being a cross-platform container format, MKV files can also be streamed over the internet as well as over your home network. MakeMKV can also transcode decrypted video to other formats so you can play it on devices that don’t otherwise support MKVs.

DVD rips can be large, and Blu-ray—and especially Ultra HD Blu-ray—rips can be huge, with the latter starting at 10s of gigabytes and going up to 100GB for distributed Ultra HD Blu-ray media. Those size examples might get even bigger down the road; 300GB discs are possible with UHD Blu-ray. That’s a lot to stream across a network, or even from a hard drive, and they will consume a lot of storage space on a computer’s hard drive or network-attached storage (NAS) box. Re-compressing the video with a more efficient codec, such as x.265, can reduce file sizes by half or more, with the resulting files exhibiting virtually no visual degradation.

DVDs, Blu-ray, and Ultra HD Blu-ray discs typically have soundtracks in multiple languages and encoded with different codecs (Dolby, DTS, Dolby TrueHD, DTS HD Master Audio, etc.), trailers for other movies, and of course, those ubiquitous FBI piracy warnings. With MakeMKV, you can leave out any content you don’t want to preserve in your archive, which will reduce your storage requirements even more.

Not every media player can work with MKV files, but you’ll find lots of programs that will transcode MKVs (and other containers and formats) to whatever you might need. HandBrake (open-source and free) is one of our favorites; in fact, we use it here in our lab for benchmarking PCs and laptops. The more powerful the computer, the quicker files will be transcoded.

Is disc ripping worth your time?

Of course, this whole discussion is moot if you don’t have the need. Movie discs last a long time (as long as they’re not badly scratched; in comparison to humans, nearly forever, and with a very low failure rate. On the other hand, having your DVDs and Blu-rays stored on a hard drive or NAS box can be an absolute joy. Just click, play, and start watching. That’s assuming, of course, that your TV can play from a USB drive or over your home network (most newer mid-range and higher sets can.

Only you know whether a backup project is worth the while. Depending on the disc player, the backup process can take anywhere from 45 minutes to several hours. I’d say that for at least your favorite movies or shows, assuming you’re the type that will re-watch, probably so. For most of Hollywood’s output, I often wish I’d never seen it at all or wasted the money on the disc. Fortunately, San Francisco recycles optical media.

You can copy videotapes, too

Some folks still have videotapes of one form or another, and though it’s, some titles are only available in that format. Many families have home movies stored on that media, too.

In most cases, copying a videotape is just a matter of running cables from the relevant playback device—a VCR or a camcorder, for instance—to a video-capture card on your computer. But there was a protection scheme called Macrovision that inserted pseudo-sync and faux colorburst signals into the video output to confuse the automatic gain control and chroma processing on any video recorder you might be trying to dupe a tape to. It sometimes worked, sometimes didn’t. I had a Betamax that was hardly ever confused.

Most video-to-PC capture hardware is immune, so ripping old VHS tapes to your PC is almost always possible. That said, the DVD catalog is nearly complete these days, and buying the disc will generally get you a better copy and save you a couple of hours—the copying tape process is real-time only, i.e. you can only record the video as fast as it plays on the VCR.

I have used and can vouch for the Hauppauge USB-Live2 shown above, but there are a host of USB capture devices available online for considerably less.