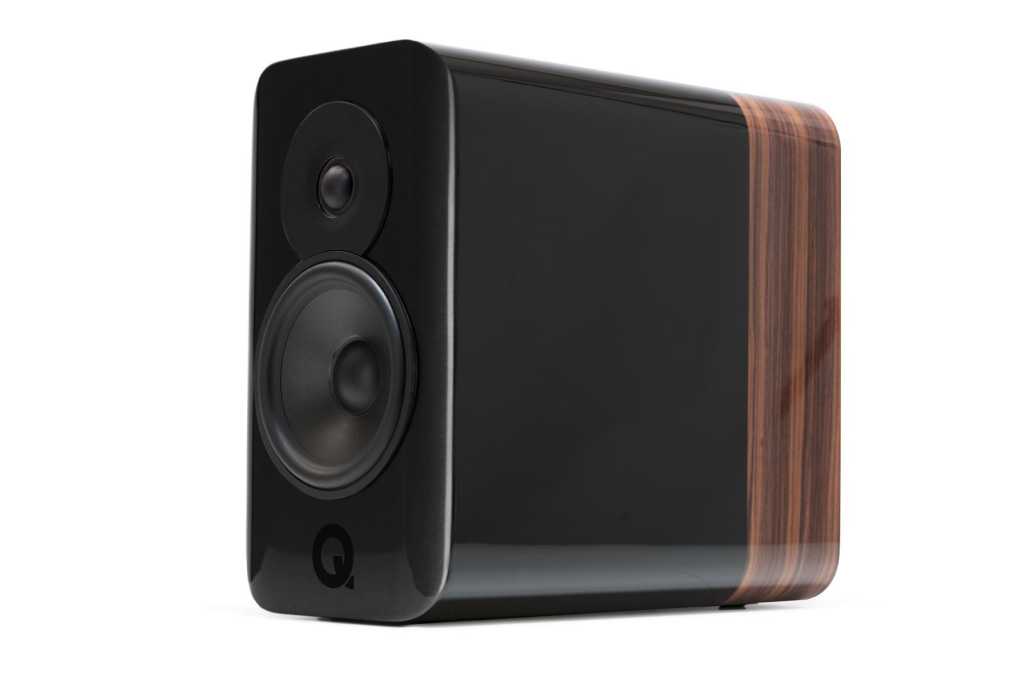 Buckminster Fuller is not a name that comes to mind when thinking of loudspeaker designs, but the inventive 20th-century architect and futurist, best known as champion of the geodesic dome, is surely having a moment in 2019 with the introduction of Q Acoustics’ new flagship loudspeaker, the Concept 300.

The spindly three-legged structures on which these handsome speakers sit might look frail, but they employ a structural design principle Fuller called “tensegrity.” A portmanteau of “tensional integrity,” the concept describes a structure built with isolated components in compression inside a net of continuous tension. Q Acoustics’ marketing director Jonathan Bennett says the stands are so integral to the spirit and performance of the company’s new speakers “that we decided we couldn’t sell the speakers alone, without them.”

Bennett also said that “given that floors are often uneven, a tripod is intrinsically more stable than a four-legged stand.” In this case, the tripod’s legs are kept in place with pre-stressed, high tensile stainless-steel guy wires.

Introduced to the audio press in one of the hushed recording/mixing rooms at Flux Studios in downtown New York City, the Concept 300 enclosures feature Q Acoustics’ proprietary Dual Gelcore construction that we delightfully encountered in the company’s entry-level 3020i bookshelf speakers. Gelcore adhesive holds the triple-ply MDF cabinets together, but the material never fully sets, according to the company. As such, it dissipates high-frequency vibrations, converting them to heat. 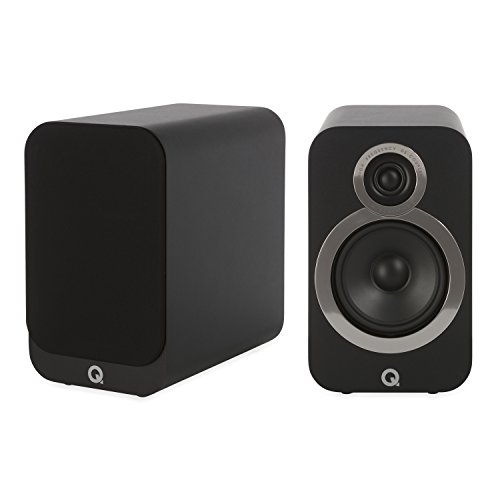 At $4,500 for the pair (stands included and fully assembled), the Concept 300 certainly need to raise the bar compared to the 3020i. Q Acoustics says its engineers have taken many other steps to vanquish the buzz-backs that unnaturally color a speaker’s sound, shift musical dynamics, and blur imaging.

Their multifaceted approach to controlling cabinet resonance has resulted in a 30dB improvement in signal-to-noise ratio across the board, according to the company, and sharply focused the music in space. “To the listener, our speakers are almost—our engineers like to call it—levitating,” said Bennett.

Inside each cabinet, and therefore not visible to the naked eye, is an isolation base suspension system. “Isodamp,” for short, uses four springs “specially wrapped and tuned for our speaker,” Bennett said, to both suspend the mass of the Concept 300 from a base plate in the bottom of the cabinet and to join the cabinet to the stand. Q Acoustics says this design both prevents “energy from the speaker leaking into the Tensegrity stand and affecting the sound” and provides “a rigid coupling between speaker and stand.”

That doesn’t mean these puppies are bantamweights: Each speaker weighs a hefty 31.9 pounds, despite being remarkably slim when viewed face on: They’re just 8.6 inches wide and 14 inches high. Their mass becomes more apparent when viewed in profile or from the top down: They’re a full 15.75 inches from front to back, a design that offers lots of room for bass response from its 6.5-inch woofer. Equipped with a 1.1-inch dome tweeter, Q Acoustics reports a frequency response range of 41Hz to 30kHz (-6dB, with sensitivity of 84dB SPL, one watt at one meter).

A two-tone look distinguishes the large cabinets in a contrasting wood finish. Three choices are available: Black with Rosewood (my favorite), Silver and Ebony, White and Oak.

An opinion on the demo

The proof, of course, is in the pudding. I felt the East Village studio setting was almost too dry of a space. Still, the Concept 300s sure woke the joint with their high-clarity, in-your-face performances, with content fed from a Cambridge Audio Edge Series network streamer/pre-amp and matching amp (a $7,000 bundle).

Falling into the musical pool was likewise easy with a lush strings-scored (by his dad) Beck ditty “Paper Tiger,” and dreamy fusion instrumentals from GoGo Penguin and Kamasi Washington.  Geez, even some heavy pumping EDM selections (and I normally have no patience for that stuff, outside a festival setting) kept this auditioner engaged.

Needless to say, I’m looking forward to taking these speakers in for an in-depth evaluation in a more real-world home environment.