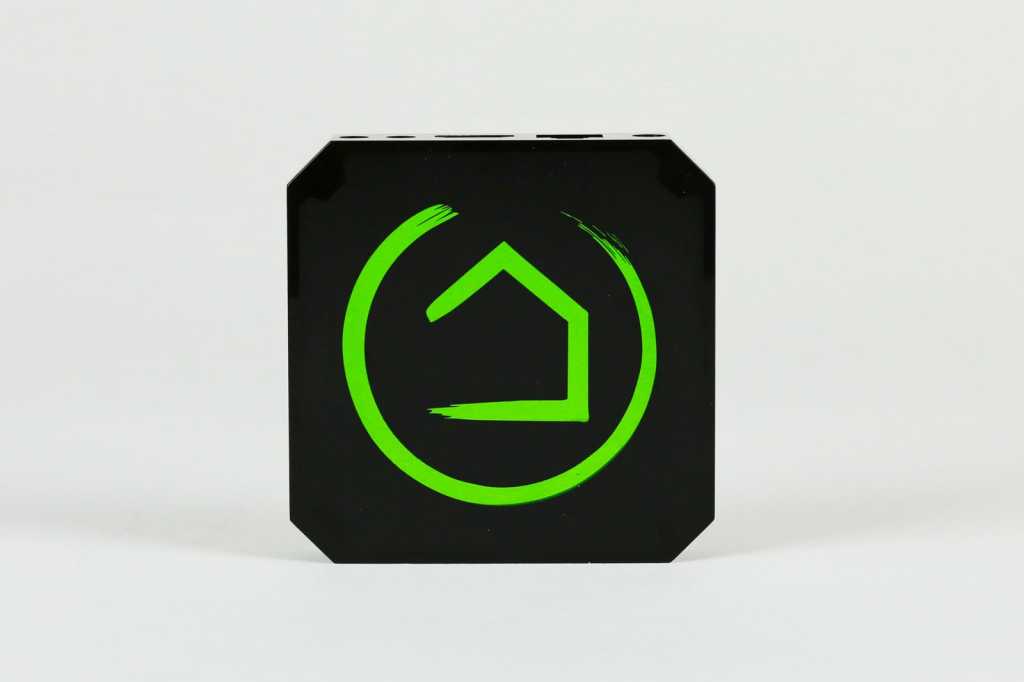 Hubitat
At a Glance

Hubitat’s smart home hub eschews the cloud, but extreme usability challenges make it difficult for us to recommend—especially to beginners.

The Hubitat Elevation smart hub was born with noble intentions and the promise of total privacy, because it doesn’t rely on any cloud-based service. As the company asks, why put the security and convenience of your smart home in the hands of an unreliable internet—or a company that could shut down its service at any moment?

Click here for our newer Hubitat Elevation review, in which we evaluate model C7.

In stark contrast to the rest of the industry, Hubitat says its smart home solution is “100 percent local.” While you need to create an online account with the company to use it, once you do that, all your devices connect directly to the Hubitat, all processing is done locally on your home network, and all management takes place via a web-based interface served from the Hubitat Elevation directly, not from an online service.

If you’re concerned about hackers taking control of your smart home from afar, Hubitat has a security selling point in that all your information is stored locally, too. While your data is only as secure as your login credentials, at least it’s not at risk of a widescale hack against a cloud-based service.

Hubitat is the ultimate in tinfoil-hat-friendly DIY home automation.

Update: March 27, 2019: With the imminent demise of the Iris by Lowe’s smart home platform, Iris users looking for an alternative might want to know that Hubitat has announced that its Hubitat Elevation smart home hub now supports most Iris by Lowe’s smart home devices (and all of its Zigbee devices, including the until-now proprietary first-generation products). You can read more about Hubitat’s migration path here, and Hubitat maintains a complete list of all supported devices here.

It’s an interesting concept, but does any of this really matter? Does Hubitat’s localized technology offer any other real benefits aside from better up time? Today’s major hubs and voice assistants have varying degrees of capabilities when the internet is down. SmartThings, for example, has a hybrid design that allows for some automations to complete (but not manual, on-demand control), while Alexa and Google Assistant are totally powerless when their host devices can’t access the internet.

With Hubitat, internet outages are largely irrelevant. Aside from the initial login (for which you can use a social media account), the only thing Hubitat uses your router for is to obtain a local IP address. Again, neither it nor your PC need to broadband access for the duo to communicate—or to control local smart home devices.

Hubitat works with a sizable number of products, primarily anything in the Z-Wave and Zigbee universes. It also has hooks for Lutron (including that company’s RadioRA 2, Serena, and Sivoia platforms) and a few other devices. (The first version of Elevation, released in mid-2018, required a USB stick to connect to wireless gear; the new version is smaller and integrates those radios directly.)

In addition to that, Hubitat can connect to other devices that do rely on the web, including Nest, Alexa, Rachio, and Life360. Hubitat supports the IFTTT service, too. Again, while the Hubitat doesn’t rely on an internet connection to control local devices, you will need a live internet connection if, say, you want to tell Alexa to turn off a Hubitat-controlled light. Once you open that hole for the sake of convenience, you pretty much undo the security blanket that is Hubitat’s primary attraction.

So that’s Hubitat in theory, and it’s an important base level of understanding to have if you think the Hubitat platform might be for you. Because the big hurdle comes next: Once you plug the device into your router and start configuring it, you are entering a world of hackery that the smart home industry has, for the most part, desperately sought to avoid.

Hubitat is configured via a web browser, as opposed to an app running on your smartphone or tablet (as a matter of fact, there is no app). You connect directly to the Hubitat box, bypassing the internet, and perform initial setup and ongoing configuration/interaction there. The thing is, the Hubitat web interface is hardly a user-friendly place to visit. If you’ve ever spent time configuring your router via its web interface, you have some idea of what you’re getting into (this ~14-minute unboxing video gives you a better sense of it; skip ahead to about the 9-minute mark to see the interface in action).

Minimal documentation is included in the box, so if you really want to get anything done you’ll need to delve into the dozens of pages of online documentation and, more probably, Hubitat’s message boards, where an active community seems game to troubleshoot the most arcane of technical problems.

The good news is that if you’re patient, the Hubitat system works. I was able to add devices to the Hubitat system (all of which must be purchased separately), control them within the Hubitat dashboard, and configure rules to have them work together. I even got Alexa working with the system, so I could use voice commands to turn off switches connected to the device. Again, there’s no mobile app for Hubitat; to access your dashboard via phone you must visit a mobile version of its dashboard webpage.

The bad news is that none of this is intuitive—at all. To use the Hubitat dashboard, for example, you need to install the app that creates dashboards, and then configure the dashboard by stumbling through a series of esoteric parameters. Want to set up rules? You’ll need to install the Rule Machine app, and then configure each rule piece by piece. Don’t see what you need in the list of provided apps? Why, you can write your own code from scratch for either a new app or, gulp, a device driver.

Hubitat is provided to you as a completely blank slate, and while the freedom that provides might resonate with hardcore smart home enthusiasts with the patience to tinker, it will be far too confusing for most people. Hubitat’s ecosystem is so raw that it makes even tech-heavy hubs like the SkylinkNet Alarm System look breezy in comparison.

It’s also worth noting that the web interface wasn’t rock solid in my testing; pages sometimes didn’t load, or they loaded very slowly. Setting up devices within Hubitat often involved a lot of waiting around for options to save and pages to refresh. This is not a system for beginners—or the impatient.

The final analysis in all of this is that while Hubitat does offer a powerful system with a unique angle, the lack of basic usability features will render it a nonstarter for many. After all, there’s a reason so many smart home solutions rely on the cloud.