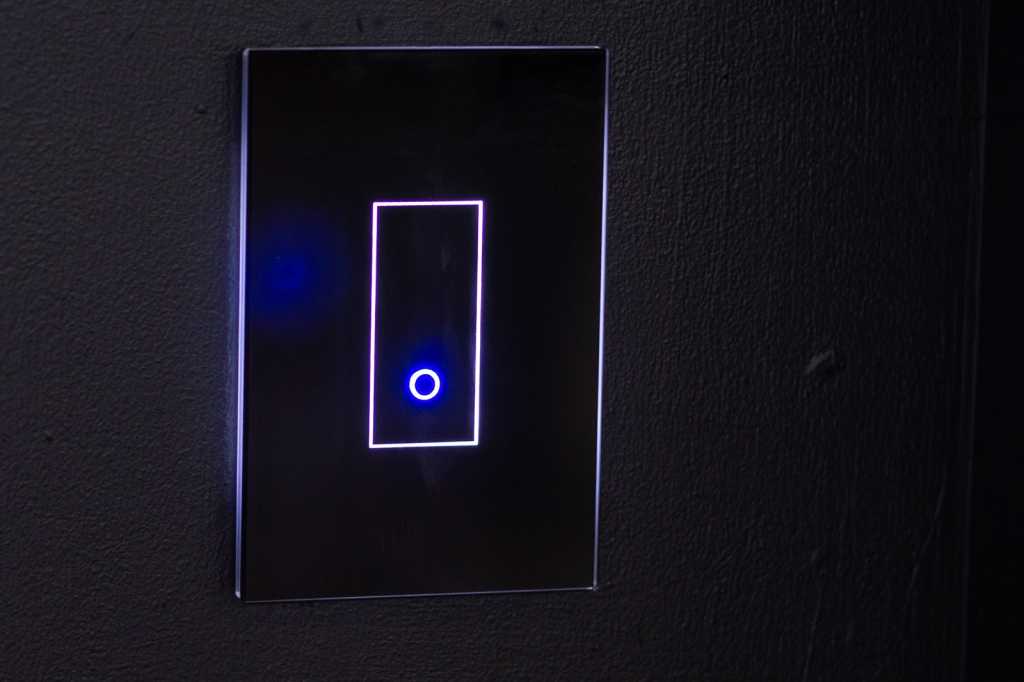 Smart lighting controls are all over the CES show floor this year, but Iotty has one of the most beautiful. It’s similar to the Noon Lighting System we recently fawned over with regard to its glass touchscreen, but where Noon’s Extension switches are ordinary plastic, every Iotty switch looks beautiful.

The switches—available in single-, double-, and triple-gang configurations—replace both your existing switch and its switch cover with a plate of tempered glass. A dimmable backlight casts a glow on the wall behind the glass, making the switch easy to find in a darkened room.

Iotty (pronounced “eye-ottie”) currently offers the switches in five colors: white, black, gray, tan, or blue. They connect directly to your Wi-Fi network, eliminating the need for a ZigBee or Z-Wave smart home hub. There is support for Amazon Alexa and Google Assistant, so you can also control lights with voice commands.

Iotty’s app lets you schedule your lights, turn them on at sunset and off at sunrise, or even according to the weather. The app will also monitor your energy consumption, put lights into an “away” mode that turns them on and off at random times to simulate occupancy, and more. You can also receive activity reports when lights are turned on or off.

On the downside, Iotty’s lighting controls are only switches. They’re single-pole devices that can’t dim a light, but rather only turn it on and off. But Iotty does have a clever solution for situations where you need to install a three-way switch, and you don’t want to purchase two Iotty switches to do so: The Iotty switch can determine if a switch on another wall has turned off a light that both switches control, and it stores that status in the cloud. So if the second switch is in the off position, the Iotty switch knows that it should turn the light on when you touch it.

Iotty is shipping the switches right now for $69 for a single-gang switch. The company is also showing a matching line of duplex AC outlets, but pricing for those devices wasn’t available. We’ve asked for a review unit of the switch, and hope to have a hands-on review soon.