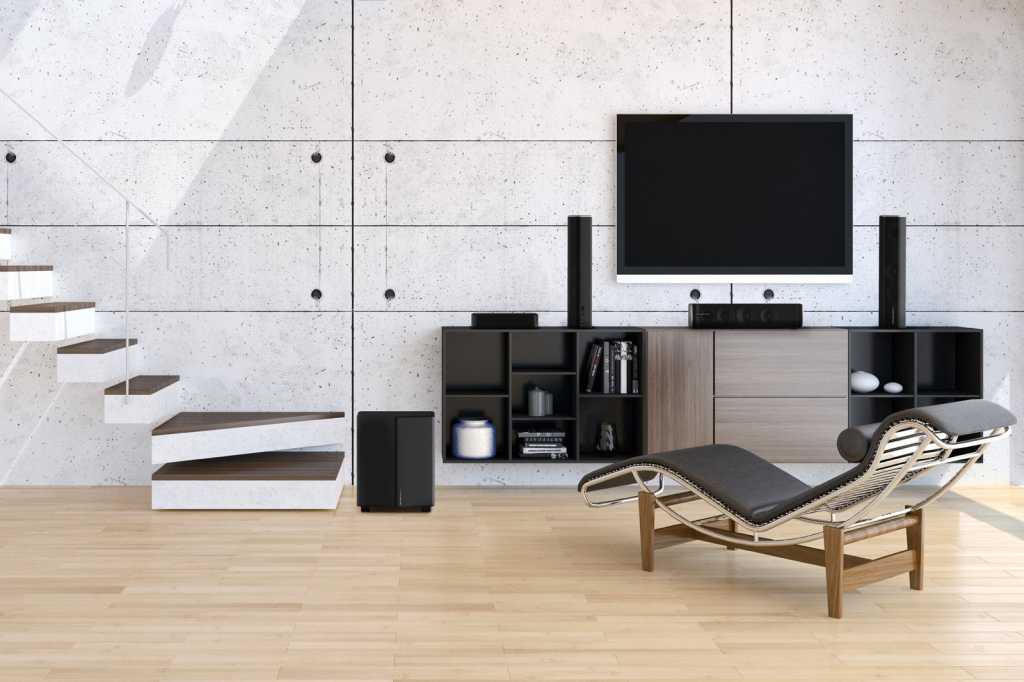 Streaming 4K video around the house is piece of cake for modern high-end routers, so why do our high-end home theaters still depend on wires to deliver surround sound? WiSA—the Wireless Speaker & Audio Association—says we shouldn’t. The group aims to make a bigger noise at CES next week than in years past, with big-name companies including LG, Klipsch, and Harman announcing new WiSA-compatible products.

LG is adding “WiSA Ready” wireless speaker connectivity to all its 2019 4K OLED and top-shelf 4K LED-backlit LCD TVs, which will be capable of decoding of object-based codecs including Dolby Atmos and DTS-X. Add an inexpensive (less than $50) WiSA transmitter dongle, and you’ll be able to stream as many as eight channels of uncompressed 24-bit/96kHz audio to WiSA Certified speakers.

To flesh out the full sonic picture, Klipsch, Harman, and Enclave will showcase second-generation WiSA speaker systems at the WiSA suite in the Venetian next week. Some ensembles hitting the marketplace in 2019 will be at price points lower than those for first-gen gear.

Klipsch is quoting $2,695 for its new 5.1-channel bundle of Reference Wireless speakers with WiSA technology, versus the $5,000 it expected to command for its first-gen set. Adding two additional speakers to enable a Dolby Atmos experience will increase the tab by $695. Enclave Audio’s three new surround speaker bundles will have an opening price point of $899 for a 5.1-channel rig, a $300 reduction from Enclave’s initial offering. Axiim and Bang & Olufsen will also offer WiSA-compatible gear in 2019.

The reduction in cost between first- and second-generation WiSA speaker bundles stems mostly from the elimination of the stand-alone control module, a component that added $499 to Klipsch’s first-generation WiSA offering, and $1,000 to Axiim’s (which also performed the duties of an A/V receiver).

WiSA technology takes advantage of wireless spectrum in the 5.2- to 5.8GHz frequency range that was previously reserved for the exclusive use of radar in military, weather, air traffic control, and marine applications. There are 12 20MHz-wide channels available within that spectrum. A radar-detecting and conflict-avoidance scheme known as Dynamic Frequency Selection anticipates interference and can shift the channel a WiSA device is using in a fraction of a second. “The next channel is already pre-selected, in stand-by mode,” says Enclave Audio founder Rob Jones.

For all the benefits WiSA promises, there is still no such thing as a totally wireless speaker. WiSA speakers don’t need cables to receive audio signals, but they still need an amplifier and a power supply. Enclave explored using rechargeable batteries in place of a plug-in power adapter, but the company’s research indicated that consumers ultimately lacked interest in that type of a solution. After all, no one wants to remember to charge their speakers before they sit down in to watch a movie. “We have significantly trimmed down the AC cables, eliminating the external power wart, in the new line,” said Jones.

Summit Wireless predicts 60 million units of WiSA Ready platforms will be in the market in 2019.