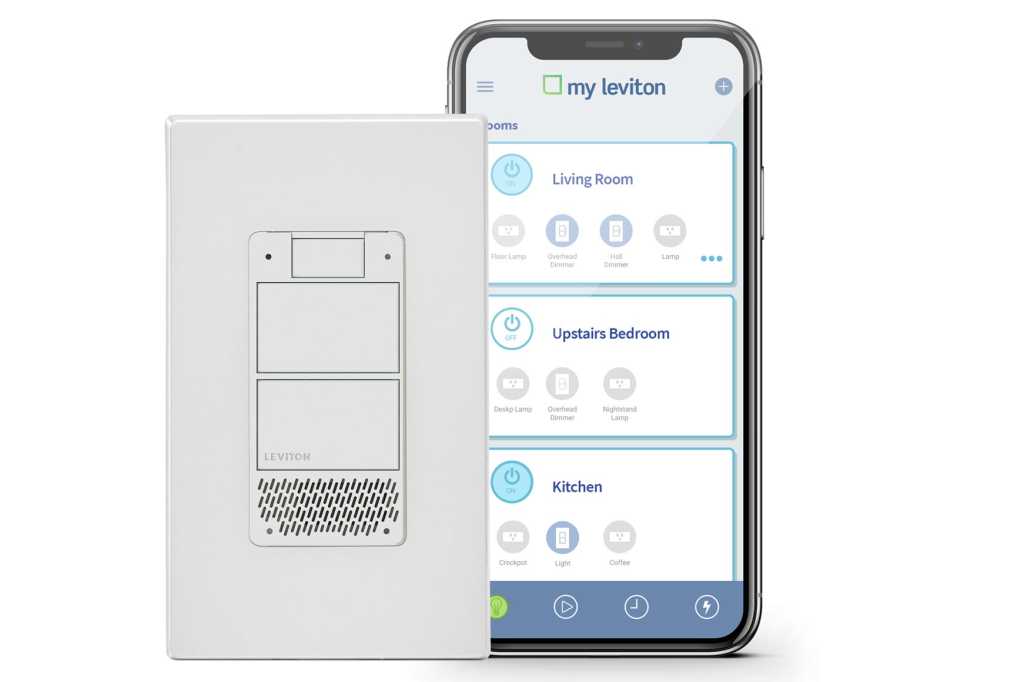 Leviton is expanding its range of smart home switches and outlets with a new Wi-Fi dimmer switch with Amazon Alexa built in.

The Decora Voice Dimmer will allow home owners to control their lights with their voice, and it works with all the other things that Amazon Alexa supports. For example, users will be able to say “Alexa, dim the lights to 60 percent,” or “Alexa, turn off the kitchen light.”

Leviton already sells Wi-Fi light switches in the Decora range and the new dimmer can be integrated into routines and schedules through the My Leviton control app. Because the switches are all networked, it’s also possible to issue a single command—“Alexa, turn off the lights”—to control all the lights in every room connected through a Wi-Fi Decora switch.

The switch can also be made to work with compatible systems such as Google Assistant, Nest, Samsung SmartThings, and IFTTT.

The Decora Voice Dimmer will replace any standard light switch that has a neutral connection and installing it isn’t a difficult thing for home owners to do. The switch also supports three-way installation where there is more than one switch controlling a light.

It will be launched in mid-2019 and the company didn’t announce a price.

At CES, Leviton is also announcing a four-button Wi-Fi controller switch for smart lighting systems. Through the My Leviton app, users will be able to program different lighting configurations and switch between them using the buttons.

For example, one could be programmed to switch off all lights in the house, another could be a meal time mode that brings up all the kitchen and dining room lights while dimming others and a third could be a movie mode that switches off some lights and sets others on a low level.

Voice control isn’t built into this switch but you’ll be able to control it through Amazon Alexa or Google Assistant. It too will be available in mid-2019.

And for control of other devices, Leviton has developed in-wall outlets that support either Wi-Fi or Z-Wave. The latter is a wireless protocol used in many smart home systems and controllers

Both have two outlets. The top one is controllable while the bottom one is always-on for devices that need constant power. Using the outlets, a wide range of electrical products could be controlled and integrated into a smart home system. Typical uses might be for switching on and off lamps, fans, or coffee makers. The outlets will be available in mid-2019.