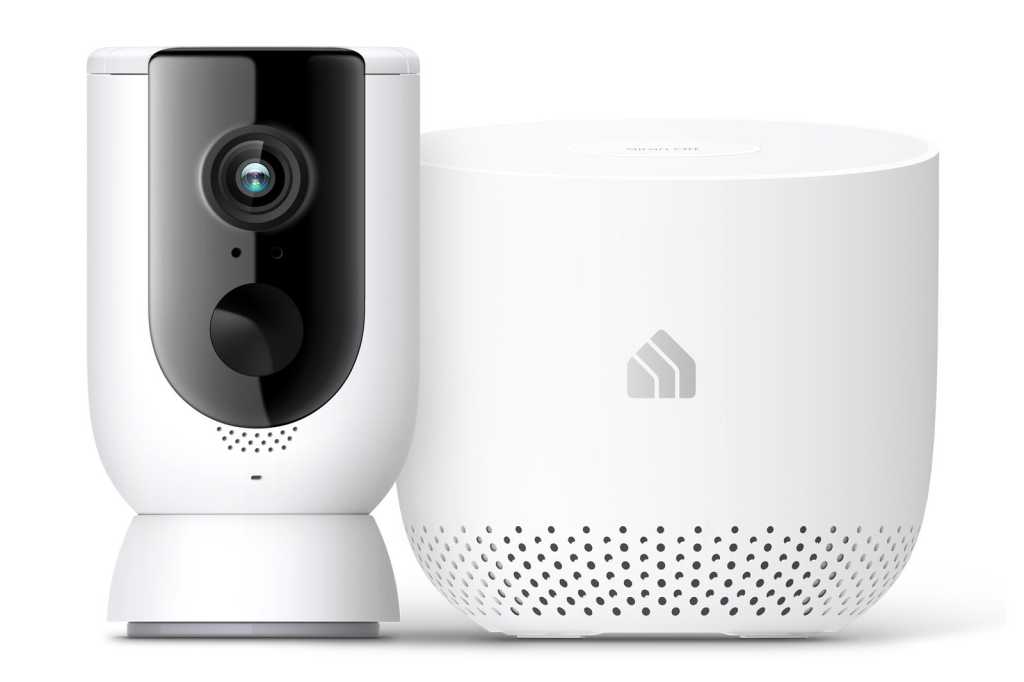 TP-Link is best known for building routers, but the company is rapidly expanding into the smart home with its Kasa Smart product line. In fact, the company says it has already shipped more than 6 million smart devices, and that it handles 50 million cloud interactions every day.

Everything in the Kasa Smart Home line connects via Wi-Fi, eliminating the need to also have a smart home hub or Wi-Fi bridge. The company announced seven new products at CES, including a video doorbell equipped with a 2K image sensor capable of high dynamic range (HDR) video.

The Kasa Smart Video Doorbell is outfitted with infrared LEDs for night vision, and it has an integrated microphone for full-duplex two-way conversations with the visitor at your door. A quad-core processor supports an AI engine that can detect and identify faces to alert you when family members arrive or if a stranger is lurking on your porch.

It will require low-voltage wiring, however, so it’s most appropriate for homes that already have a wired doorbell and an existing chime. An Amazon Echo Show can also be used as a chime, and video can be streamed to a video-capable Echo or to a Chromecast device. Buyers will get two days of free video history, with longer cloud storage available by subscription. TP-Link says the doorbell will be available in the first half of 2019, but it did not disclose pricing.

The home security camera market will become even more competitive when TP-Link ships its two new cameras. The Kasa Smart Wire-Free Outdoor Security Camera System consists of one, two, or three weatherized (IP65) and battery-powered cameras bundled with a central hub. The system operates over Wi-Fi, and TP-Link said it has no plans at this time to offer an LTE-based alternative. TP-Link expects it to ship in the first half of 2019, but it has not announced pricing.

The Kasa Smart Spot Indoor is TP-Link’s other home security announcement. This 1080p camera will have a 130-degree field of view and two-way audio. It will be compatible with Amazon Alexa and Google Assistant smart displays. TP-Link says we can expect to see it this spring, when it will sell for $49.99.

TP-Link is expanding its in-wall smart switch offering with a new model featuring a built-in voice assistant. The company hasn’t announced which assistant will be on-board, but it’s a safe bet that it will be either Amazon Alexa or Google Assistant. The switch will have two microphones with echo cancellation and a speaker, so the assistant can confirm your requests and even stream music. The speaker can also be used as a chime—and an intercom—for the Kasa Smart Video Doorbell.

A motion sensor can trigger lights to go on when you walk past (or turn them off if there’s no activity in the room), and it has a built-in nightlight.  Note that this is a single-pole switch, however, not a dimmer. TP-Link says it’s looking into offering three-way switches and dimmers down the road. The switch will be available in the first half on 2019, but TP-Link has not announced pricing.

To control lamps and small appliances, TP-Link offers the Kasa Smart Wi-Fi Power Outlet. In-wall outlets are much more attractive than smart plugs, though you will need to expose the wiring in your home’s walls to install one (or you could hire an electrician to do the work). The new outlet won’t offer GFCI protection for installation in locations such as kitchens and bathrooms, but it can be used on circuits that have GFCI protection via other outlets.

TP-Link also makes smart plugs—and a terrific smart power strip—and it now has an outdoor smart plug in the form of the Kasa Smart Wi-Fi Outdoor Plug. This is a dual outlet product, and each outlet can be independently controlled. Emphasizing the synergy amongst its smart home products, TP-Link says that TP-Link security cameras can be programmed to trigger one or both of the outlets to turn on a connected light when they detect motion. The outdoor plug will sell for $44.99 when it ships in February.

The final new product in the Kasa Smart line is a color LED light strip (model KL430) with eight independently controlled sections. The two-meter-long strip can be extended to 10 meters with add-on extensions. TP-Link hasn’t announced pricing, but the product should be available in the first half of this year.