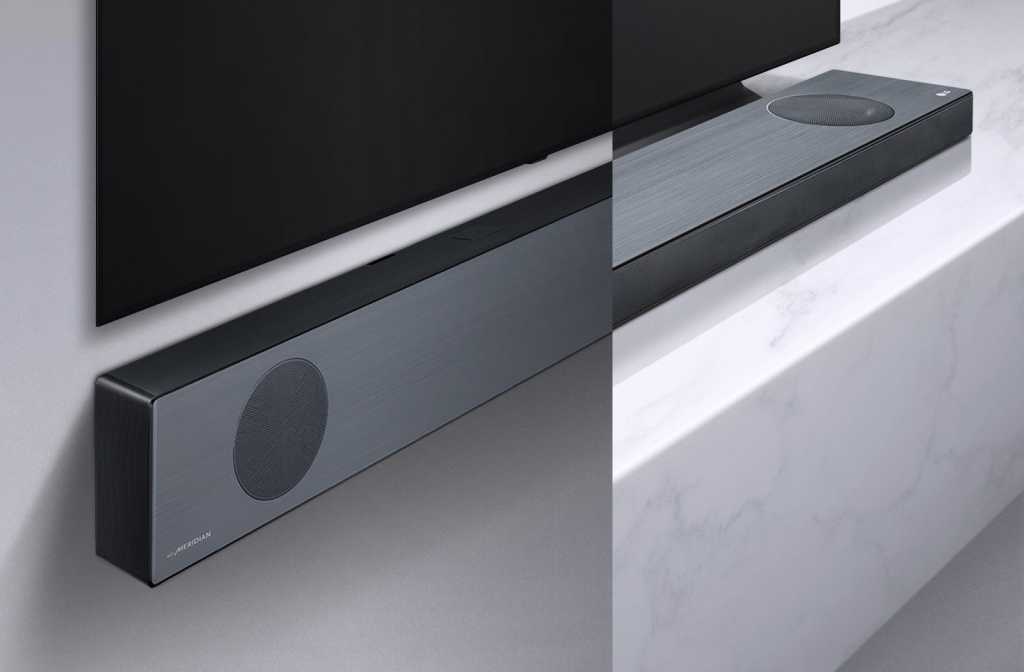 LG’s says it’s raising the bar on soundbars. Next thing you know, they’ll be saying they have the best soundbars—bar none.

I kid, but the news out of Korea preempts the upcoming CES in Las Vegas, where LG will show three new byproducts of its collaboration with the sound gurus from Meridian Audio: the SL10YG, SL9YG and SL8YG soundbars. We’ll have to wait until then to learn when exactly they’ll be available for purchase and how much they’ll cost, but here’s what we know now.

Meridian makes well-reviewed, high-end audiophile equipment, so the company helps in tuning the soundbar enclosures, as well as adding processing features such as Bass & Space, for increased bass response without needing to move a lot of air, and Image Elevation, for producing a wider and more immediate sound stage. Meridian’s Upmix for up-mixing two-channel audio to multiple channels is also incorporated. LG’s press materials don’t mention if the Meridian-developed MQA audio codec will be supported (Meridian has since spun MQA off as an independent entity).

All three models are said to support both Dolby Atmos and DTS:X, as well as offering Google Assistant. Yes, if you like yelling at your audio equipment, you’ll love the new LG soundbars. LG also says that there’s an integrated gyroscopic sensor that will detect the orientation and position of the soundbar (on a wall, lying flat, etc.) and adjust its emanations accordingly.

Though I’m being a bit tongue in cheek, last year’s SL9 won an award for innovation, so it’s quite likely the new soundbars will sound extremely nice. Look for a review when they ship.