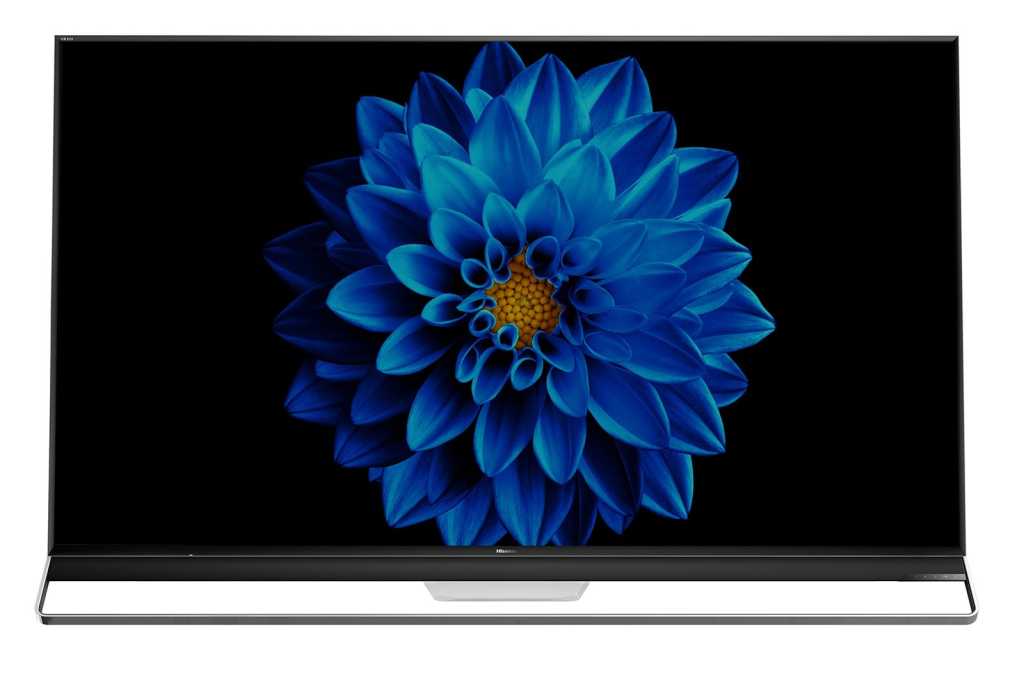 Hisense’s new dual-image TV is probably not what you think. The name conjures dual displays, but it’s actually a technology that promises to make remarkable improvements on the most critical shortcomings of LED-backlit LCD TVs: Backlight bleed, and grayish blacks.

It’s all due to the clever implementation of a second LCD layer—a grayscale 1080P layer, in this case—to filter and control the backlight’s brightness before it ever reaches the primary 4K UHD color LCD layer.

Major props to the engineer who conceived this idea, and to the team that must have figured out how to eliminate the parallax artifacts that can occur when you stack LCDs that way. Combined with quantum dot color and 2,900 nits of peak brightness, the whole deal forms what the company is calling ULED XD. Alas, it will be available only in China at launch.

Hisense is also showing its Sonic One display, which is a mere 1.1 inches deep at its thickest point and uses planar speaker technology: Actuators behind the display glass produce sound waves by vibrating the glass itself.. Finally, Hisense says it will offer a 143-inch Micro-LED TV. Micro-LED seems to be gaining traction in the industry this year, with Samsung announcing several new models at CES.

The TVs U.S. buyers will have access to begin with the top-of-the-line U9F. It’s a 75-inch class display featuring quantum dots for broader, more accurate color, 2,200 NITS peak brightness, more than 1,000 local dimming zones, Dolby Vision, and Google Assistant. The TV will run the Android TV operating system. Hopefully in the clean implementation we saw on 2018’s H9E Plus.

The more affordable H9F will offer 1,000 nits peak brightness and 130 local dimming zones. That’s far brighter than the edge-lit H9E Plus, which suffered from the twin shortcomings of being too dim and weak at producing blacks. The Android-based H9F will be available in 55- and 65-inch flavors and will support Dolby Vision.

The H8F will ship in 50-, 55-, and 65-inch varieties but will produce only 700 nits. That’s still about twice what we saw from this year’s H9E, and it’s enough to give HDR titles some of that pop that’s their raison d’etre. Again, Dolby Vision and Android OS are featured.

Hisense has also added the R8F which employs the popular Roku interface and offers both Dolby Vision and Dolby Atmos support. It also offers a wider color gamut than last year’s models along with 700 nits peak brightness, but it won’t be available until the second half of 2019. Also sporting the Roku interface are the cheaper R7F and R6F, which start at 43 inches. These will sport full array backlighting, but won’t support Dolby Vision. These are “HDR compatible,” which means at the very least they will play HDR10 content, but don’t have enough peak brightness to do much with it.