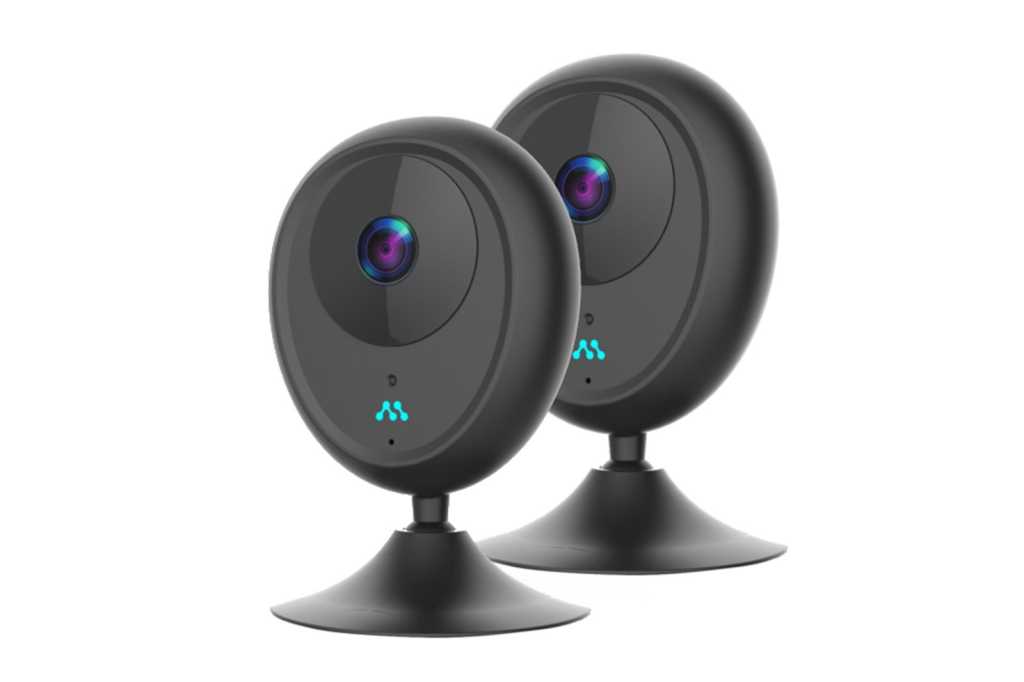 Momentum
At a Glance

The Momentum Cori offers an entry-level security solution at a low-risk price.

Home security cameras priced below $50 are rare, but they’re not unheard of. They’re also not necessarily inferior to more expensive models: The Xiaomi Mi and Wyze Cam prove that budget cameras can hold their own with big-brand offerings from Nest and Netgear.

The Momentum Cori, currently being offered as a $60 two-pack, isn’t quite on a par with those two overachievers, but it has enough going for it to further challenge the notion you must sacrifice features to meet your budget.

Each Cori camera measures 4.21 x 2.68 x 2.75 inches and weighs just 5 ounces. They’re made primarily of plastic and exhibit a slight feel that screams “budget device.” The camera enclosure slots into a flat round base on which it can spin 360 degrees and tilt about 45 degrees forward and back. The camera itself has a wide-angle lens with a 110-degree field of view.

When the Cori detects motion, it records video in 720p resolution and sends a push notification to your mobile device. The camera also includes a built-in mic and speaker for two-way communication, and 850nm Infrared LEDs that illuminate up to 25 feet in automatic night-vision mode.

A microSD slot on the side of each camera supports up to 128GB of local storage, but you must supply the media. Cloud storage is also offered: You get 24 hours of video history for an unlimited number of cameras free with purchase. You can upgrade to a 7-day “Plus” plan for $4.99 per month/$49.99 per year for up to two cameras, or a 30-day “Premium” plan for $9.99 per month/$99.99 per year that covers up to five cameras. Finally, a “Pro” plan extends cloud storage to 60 days for up to 10 cameras. You’ll find more details about these subscription plans here.

The setup process, which must be done separately for each camera, requires you to install the Momentum app on your Android or iOS device. Once you plug in your camera and create an account, the app and the camera’s voice prompts guide you through the pairing and network connection processes.

I had problems connecting the first camera in the pack. There were long delays each time the app had to connect to the camera or my network, during which it wasn’t clear if anything was happening at all. Then when the app and voice prompt indicated the setup was successful, I went to access the live stream only to be told there was no camera available.

After repeating the steps four more times, I unplugged the camera and tried the second one. This one set up without any hiccups. Sound familiar?

The main screen of the Momentum app is called a Dashboard, and you can have one Dashboard for each connected Cori. Each Dashboard has three tiles you tap to access their respective contents: the camera’s live stream, which displays a screenshot of the most recent frame; Activity, which takes you to a library of your event-triggered video; and Rules, which is how you configure your Cori camera to behave when it detects motion. You can resize and rearrange these tiles via an editing icon at the top of the screen.

Tapping the screenshot opens the live feed. The image was sharp with rich colors in my tests, there was no fisheye distortion, and night vision provided strong illumination with strong contrast. When you’re viewing the live feed, you can mute the sound or activate privacy mode—which blacks out the image—by pressing the appropriate icon above the streaming pane. Buttons at the bottom this screen activate the camera’s microphone, manually record video, snap a screenshot of the live feed, or take a shortcut to your video-clip library.

To enable event detection, you must create trigger/action rules, but these are relatively flexible. You can, for example, have your living room camera record a video clip and push you an alert whenever it detects motion between 9 am and 5 pm. You can adjust the sensitivity of the sound and motion detection in the camera’s settings menu, and create motion zones to block areas you don’t want monitored for movement, such as your dog’s crate. I got these alerts to be pretty accurate, after a bit of trial and error, and they always arrived shortly after the triggering event.

Video clips are displayed on the Activity screen in chronological order of occurrence, with the most recent event at the top. You tap a clips thumbnail to play it and you can also download it to your mobile device.

A decent image, motion zones, and a well-designed app in what is basically a $30 camera are to be celebrated. Still, I was troubled by the fact that one of my two cameras was unusable, and the setup process was overlong. Even if those are nitpicky complaints, there are other reasons to pause before purchasing the Momentum Cori.

Consider, for example, that you can buy three Wyze Cams for the price of one Cori two-pack, each with Alexa and IFTTT integration, 1080p video, and a security-enhancing motion-tagging feature. If you decide to purchase the Cori, you probably won’t be disappointed, but you won’t be getting the most bang for your budget either.