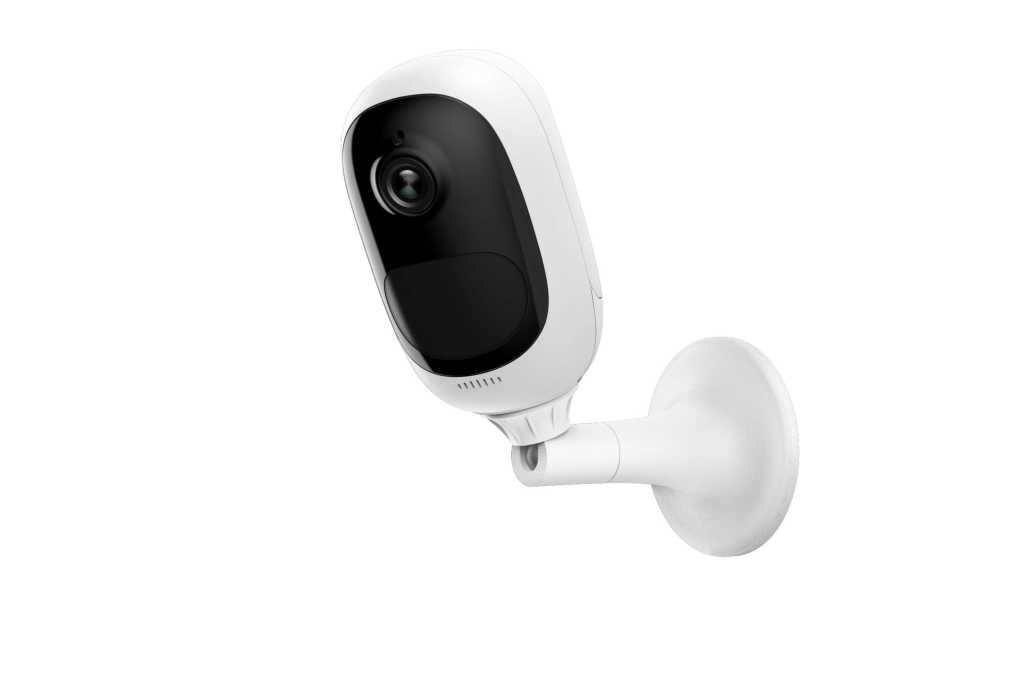 The Argus Pro is an easy-to-use camera with all the security essentials and a budget-friendly price.

Reolink has effectively filled a void with its Argus line of affordable, no-frills, wireless indoor/outdoor security cameras. The Argus Pro is its latest offering, but it’s not a premium model as you might expect given the name. In fact, it lacks a few features of the original Argus cameras—though you likely won’t miss them—and, at just $100, it actually costs a bit less.

Having reviewed the Argus 2, using the Argus Pro was a case of deja vu all over again. The cameras have virtually identical features: 1080p live streaming and recording, a 130-degree field of view, two-way audio, and PIR motion detection. And both are powered by a 5200mAh rechargeable battery that can be continually charged with an optional solar panel (it can be purchased as a set with the camera for $125). The only really notable difference other than the price, is that the Argus 2 employs a Starlight CMOS sensor for clearer night vision whereas the Pro does not.

As with the other Argus cameras, the Pro records motion-detected clips locally to a microSD card (up to 64GB, not included). But it’s also compatible with the new Reolink Cloud service. Subscribing to the free beta plan will get you 10GB for storing motion clips for up to 15 days. That’s worth considering to have an online backup in the event an intruder compromises the footage stored on the camera. Reolink has not disclosed, however, what the service will cost after it exits beta testing.

The Reolink app’s guided setup is straightforward and painless, requiring you to scan a couple of QR codes—one on the camera, the other displayed in the app itself—to connect the camera to your network. The capsule-shaped camera has a flat bottom, so if you’re using it indoors you need only place it on a table of shelf. Unlike the Argus 2, the Pro does not come with a magnetic ball mount for affixing the camera to a wall.

Setting the camera up for outdoor use is a little more involved. You’ll first need to lock it to the outdoor security mount, then screw the mount to an exterior wall or eave. A set of screws and a mounting hole template are included with the camera to simplify the job. A mounting strap is also provided, which threads through the bottom of the mount so you can loop it around a tree or fence post if you’d rather.

The Argus Pro has an IP65 rating, meaning it’s protected against harmful dust and jets of water, and it has an operating temperature of 14 degrees to 131 degrees F. The camera also comes with a rubber skin you can slip over it for extra protection from the elements. The solar panel’s micro-USB plug has a rubber hood to protect it from water ingress, as well

The Reolink app puts all the Pro’s controls on the camera’s home screen beneath the live feed pane. You can play/pause the stream, take a screenshot, or manually activate video recording. You can also toggle the resolution from 1080p down to 720p if streaming starts to stutter as you move the camera further from your Wi-Fi network. At the bottom of the screen are a push-to-talk button, and a playback button that takes you to your library of motion-detected recorded clips.

The Pro’s video quality was as good as the Argus 2’s, with balanced lighting, sharp detail, and vibrant colors. Night vision illuminates up to around 30 feet and with enough clarity that I didn’t really miss the Starlight sensor.

Motion detection worked reliably well. The alerts tell you only that the camera recognized motion, but because the Pro uses PIR detection, which picks up heat emitted by living bodies, I could reasonably expect the camera was tripped by either a person or a pet rather than a tree branch shaking in the wind. Tapping the motion detection alert message launches the app and takes you directly to the live stream, so you can quickly see what triggered it. That speed is comforting when you’re away from home.

The default motion sensitivity seemed just right in my tests, but you can adjust it in the app’s settings menu using a simple slider. You can also choose how you want the camera to respond to detected motion—record video, send you an email, sound the onboard siren, or all three. By default, the camera records eight-second clips of detected activity but you can extend that to 15 or 30 seconds in the app settings.

Reolink claims its battery-powered cameras get four to six months of power per charge depending on usage. The app doesn’t offer the same depth of battery life data for the Pro as it does for the Argus 2—which would even tip you off to usage that was unduly draining the battery—but it does provide a battery level indicator and alerts you when the battery is getting low on power.

In keeping with the Argus ethos, the Pro doesn’t offer continuous recording or advanced security features like motion detection zones or facial recognition. Nor does it work with home automation services like Amazon Alexa, Google Home, or even IFTTT. If you a security camera with hose types of features, you’d be better served by a camera like Netgear’s Arlo Pro 2.

If your needs and budget are more modest, then the Argus Pro is worth serious consideration. You’ll get a versatile camera with all the security essentials that’s a breeze to use and won’t strain your budget with ongoing cloud subscription fees.