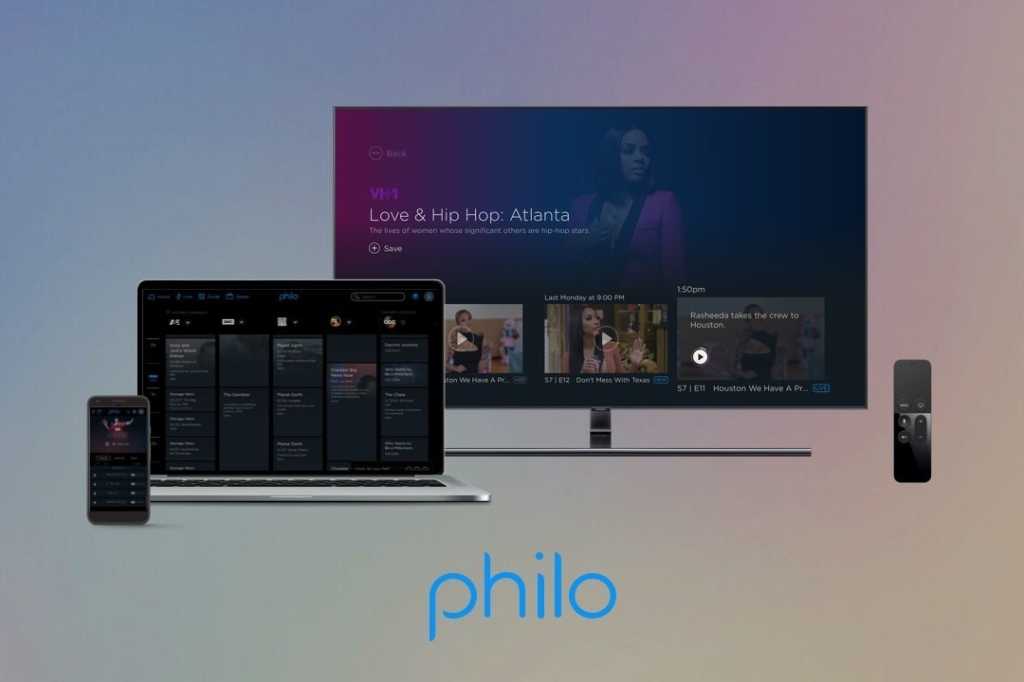 Philo
At a Glance

By cutting out broadcast and sports networks, Philo provides lots of channels for not a lot of money.

Philo is a live TV streaming service borne from desperate times. Its main network backers—Discovery, Viacom, and AMC—have to varying degrees found themselves cast out of other streaming bundles, in large part because they don’t carry any sports programming. Rather than sit idly by, they’ve banded together to launch their own bundle, with no sports but a low price tag.

At $20 per month, Philo is one of the cheapest bundles of cable channels you can get over the internet today. If you’re into the reality TV fare that many of Philo’s channels focus on, it could be the only streaming service you need, but it also pairs nicely with other streaming services or with over-the-air broadcasts from an antenna.

Philo: What you get

Updated August 12, 2019 to reflect the most recent changes to Philio’s offering and its subscription price.Our bottom-line score of four stars has not changed since our last update.

Equally notable are the channels Philo doesn’t carry. In general, if a network owns any sports programming whatsoever, Philo doesn’t offer any of that network’s channels. That rules out all four major broadcast networks—ABC, CBS, NBC, and Fox—along with any non-sports channels owned by the same companies, such as the Disney channel and NBC’s Bravo. Turner networks, such as TNT and TBS, are absent as well. The bigger networks just don’t want to uncouple their expensive sports channels from their cheaper non-sports ones, and Philo errs on the side of not making customers pay for sports channels they don’t want.

What’s left is a relatively inexpensive bundle driven in large part by reality and documentary-style TV shows, with a dash of scripted programming and movies from the likes of AMC and Comedy Central. Subscribers get three streams at a time that work anywhere within the United States, and because sports are absent, there are no arcane rules for when and where you’re allowed to watch particular programs.

For DVR, Philo opted for unlimited storage with a 30-day time limit and no restrictions on ad-skipping for those recorded programs. You can also replay anything that’s aired in the past few days on most channels. This might not be ideal if you tend to watch recordings over a long period of time, but it does allow you to save lots of shows without having to manage storage space. (Some live TV services, such as Hulu with Live TV and Sling TV, make the opposite trade-off, providing limited storage space instead of limiting how long recorded shows can be stored.)

Philo’s apps have always been clean and straightforward, with a small number of menus for browsing popular programs, live TV, and favorites. You won’t get lost in labyrinthine menu systems or wonder where your DVR programs went, though I do wish Philo went a little further in surfacing new programs that might be of interest. As it stands, the home screen offers only generic recommendations (hope you like Ex on the Beach), and there’s no way to filter the catalog for things like movies or specific genres.

Although Philo was only available on Roku players, iOS devices, and the web at launch, app support has since expanded to Apple TV, Amazon Fire TV, and Android TV devices. Those apps have also gradually improved with new features, such as a cable-style grid guide on all TV devices and support for up to 10 user profiles, each with their own recordings and viewing histories. (Kids-specific profiles aren’t supported, though, so a user who’s favorites include Paw Patrol and Top Wing will also see recommendations for shows like The Perfect Murder.)

One other notable improvement since launch: Philo supports TV Everywhere authentication, so you can log into individual apps for most networks. This can be useful for watching on platforms that Philo doesn’t support (such as Xbox One and Chromecast), taking advantage of platform-specific features (such as Apple’s TV app) or getting a more kid-centric experience in apps like Nick Jr.

Still, some nitpicks remain. Channel surfing remains a hassle, as Philo doesn’t offer a mini guide while you’re watching live TV, and it stops playback whenever you return to the grid guide. Video frame rates also top out at 30 frames per second, even for channels that offer smoother 60-frames-per-second playback on cable. Although 60 fps support is generally more important for sports programming, it’s become a glaring omission for Philo as other live TV services have improved their frame rates on the same channels.

Is Philo worth it?

Philo isn’t the only live TV streaming service offering cable channels for cheap. The closest alternative is AT&T Watch, which includes nearly 40 channels for $15 per month (or free with AT&T’s “Unlimited &More” wireless plans). While AT&T Watch offers some Turner-owned channels, including CNN and TNT, it has fewer channels overall, and it doesn’t include DVR service like Philo does.

A couple other notable improvements since launch: Philo supports TV Everywhere authentication, so you can log into individual apps for most networks, and it’s added deeper integrations with streaming players. You now can launch Philo shows directly from Apple’s TV app, or tune to live channels from the home screen on Amazon Fire TV and Android TV devices.

Beyond those two options, live TV streaming becomes a lot more expensive. Sling TV’s base Orange and Blue packages both start at $25 per month now, and DVR service costs $5 per month extra. From there, the price of live TV jumps to $45 per month for Hulu with Live TV or PlayStation Vue, and then to $50 per month for YouTube TV and DirecTV Now. FuboTV is even pricier at $55 and up per month.

Philo, by comparison, is offering a long list of channels for less than half the price of nearly all those options. It’s living proof that non-sports fans are paying too much for TV, and if enough of them get fed up and switch to Philo’s service, maybe those other networks will start to feel their own form of desperation.