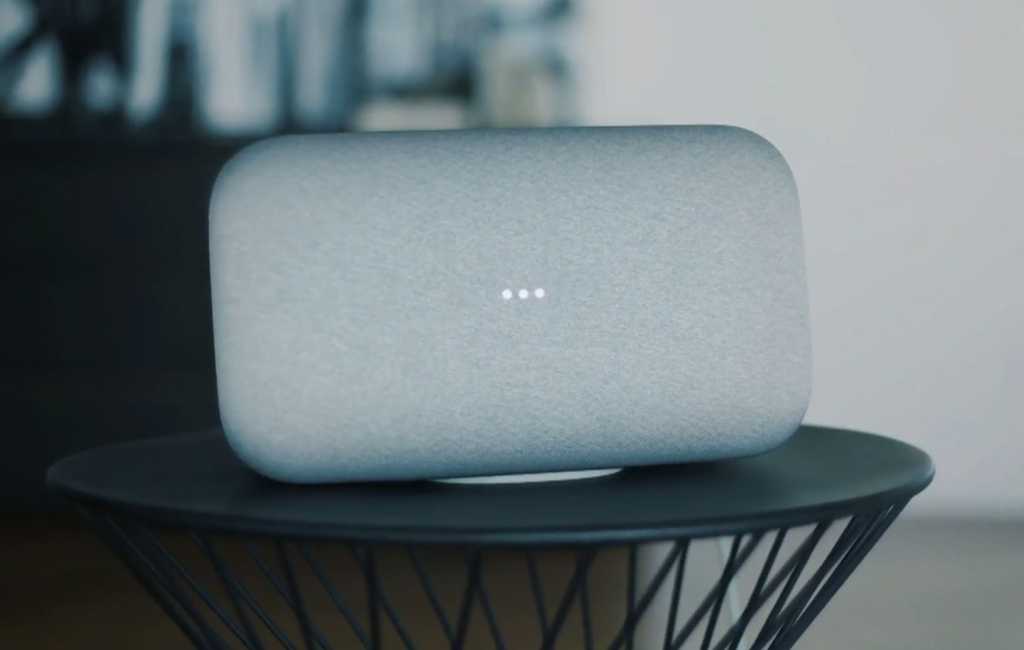 As expected, Google announced the Google Home Mini during its hardware event on Wednesday. But surprise! It also pulled the Mini’s antithesis out of its sleeve: the Google Home Max, a bigger, louder smart home speaker that takes direct aim at Sonos’s popular audio gear on the very same day that Sonos revealed a smart speaker of its own. And the speaker leverages Google’s AI smarts with a handy new feature dubbed Smart Sound.

The Google Home Max wraps dual 4.5-inch high-excursion woofers and custom 0.7-inch tweeters in a polycarbonate housing with acoustically transparent fabric, as you can see in the blowout image below. Google says the hardware can achieve volumes up to 20 times more powerful than the standard Google Home speaker. That’s an exciting prospect; we dinged the original Google Home for sounding softer than Amazon’s Echo, though the sound it delivers is far richer. Fingers crossed that quality ramps up along with the volume in Google Home.

But as usual with Google products, hardware is only half of the story. The Google Home Max includes a new feature dubbed Smart Sound, which taps into Google’s machine learning expertise to tailor the audio experience to your tastes—and even your physical surroundings. Smart Sound will dynamically adjust the Google Home Max’s audio output based on its physical surroundings; if you move it from a crowded corner spot to an open kitchen counter, the speaker will automatically change how it sounds for optimal audio quality.

Over time, Google’s AI will learn context about your home and adjust sound based on that, too. Examples given onstage included raising the volume if the Google Home Max detects your dishwasher running in the background, or lowering it during those bleary morning hours. Google claims the voice recognition will discern the different people talking to it, and thus create custom playlists tailored to particular music tastes.

Smart Sound seems like a beefed-up version of the TruePlay calibration software that Sonos introduced with the superb Play:5 speaker in 2015, and can still be found in modern products like the Sonos Playbase. Time will tell if Google’s more aggressive-sounding implementation will wind up being a helpful assist or a hellacious annoyance in the long run.

The Google Home Max also comes with Google Assistant baked in, and it’ll seamlessly slip right into your network if you’ve already got other Google Home devices in your house.

The Google Home Max will initially be available in the U.S. in charcoal or chalk colors for $399, and it’ll come with a free 12-month subscription to YouTube Red. Smart Sound and that louder hardware had better be worthwhile; Apple’s HomePod costs $350, while the newly announced Sonos One will set you back $200. Those are more similar to the standard Google Home form factor, though.

Correction: The Google Home Max has 4.5-inch woofers, not 2.5-inch.

Brad Chacos spends his days digging through desktop PCs and tweeting too much.