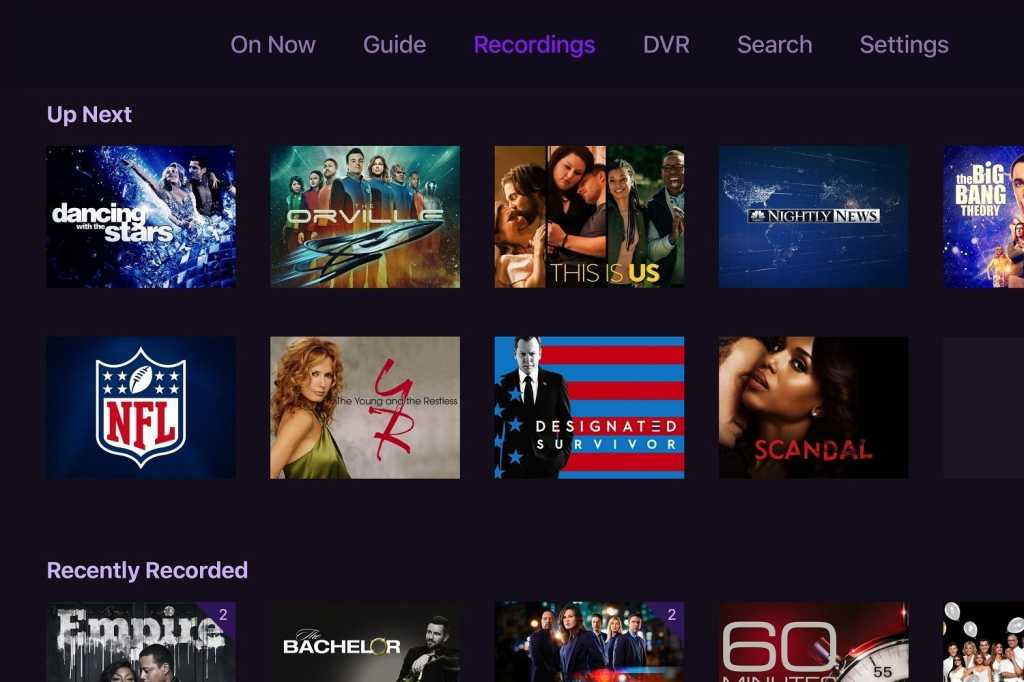 This DVR software for cord cutters justifies its premium price with features you won’t find elsewhere.

Channels DVR is a service that caters to the pickiest of cord cutters.

No other cord-cutting DVR does as fine of a job combining slick software and powerful features, and no other service can record both over-the-air and streaming channels in one place. By pairing Channels DVR with the right hardware, you can set up an experience that’s almost identical to a cable DVR, most likely at a fraction of the cost.

This setup doesn’t come easy, though. Like other DVR services that run on third-party hardware, Channels DVR requires a lot of disparate components that you must cobble together yourself, including a server device with sufficient computing power, an HDHomeRun networked TV tuner, hard drives with ample storage, and compatible streaming players. Channels’ subscription fee of $8 per month or $80 per year is also higher than other do-it-yourself solutions.

Most cord-cutters should instead look to simpler options such as Nuvyyo’s Tablo DVR or should avoid over-the-air DVR entirely. But for power users who don’t mind the added setup and extra expense, Channels is the best cord-cutting DVR you can get.

Figuring out the best way to set all of this up is where things can get tricky.

For those who don’t already have a PC or NAS box (you’ll find our top NAS box picks at this link), I’d suggest using an Nvidia Shield TV Pro ($200). It can run both the Channels DVR server and the Channels streaming app for watching TV, and all you have to do is install the requisite server and viewer apps from the Google Play Store to get started. Alternatively, a Raspberry Pi is a cheaper way to run the server, but it’s a lot trickier to set up.

In all cases, though, you’ll likely need some extra hardware to make things work:

Why go through all the trouble to set up Channels DVR? For one thing, the aforementioned combination of over-the-air and live streaming is unique among cord-cutting DVRs. This would allow you, for instance, to combine local channels with a $20-per-month Philo subscription and access everything in one place, or use Locast to record over-the-air streams without an antenna.

But even if you’re only relying on an antenna, Channels DVR just does a nice job putting everything together.

Practically all of the table-stakes features you’d expect from a cable DVR are present in Channels’ apps, including a 14-day channel guide, a search function, progress indicators for the shows you’re watching, and visual previews as you fast forward through content. Channels will even auto-record any live channel you’re watching, so you can pause or rewind; and yes, you can watch recordings while they’re still in progress and skip through the commercials.

For the DVR, granular recording options abound. You can create series passes for TV shows and sports teams, avoid recording reruns, add start and stop padding times, limit how many episodes to keep from a given show, and set up auto-delete rules for programs you’ve already seen. All these features make it easy to find new shows to record and to avoid filling up your hard drive with unwanted episodes.

Channels DVR also goes beyond the typical cable DVR in several ways. The service includes ad detection at no extra charge, and you can either auto-skip commercials or use a remote control shortcut to bypass them manually. (Unlike Plex DVR, which can delete commercial breaks from its actual recordings, Channels retains them in case there’s an issue with the ad detection.) You can use a web browser to manage the DVR and access recordings, and you can watch TV away from home on phones, tablets, computers, and compatible streaming players.

The interface is deeply customizable as well. Want quick access to your recording schedule? Add a button to the sidebar menu. Got kids at home? Add a “Kids” section to keep their content separate from your shows. The grid guide can also be filtered by genre and can also show just your favorite channels, as can the mini-guide that appears as an overlay while watching live TV.

Meanwhile, video and audio quality are top-notch, at least for over-the-air recordings. If you have enough Wi-Fi bandwidth, Channels DVR can play broadcast channels at native quality with full surround sound support, and has no issues de-interlacing 480i and 1080i channels for 60-frames-per-second playback. This makes live sports, news, and talk shows look much smoother, like they would with an over-the-air antenna connection, and is a major advantage over Nuvyyo’s Tablo DVR.

Video quality isn’t as solid for streaming sources, but that’s not exactly Channels’ fault. To capture these video sources, Channels relies on the “TV Everywhere” streams that networks provide to their pay-tv subscribers, and many of them still top out at 720p and 30 frames per second. If more networks took streaming quality seriously, Channels would stand to benefit.

Although Channels displays a strong grasp on what DVR diehards want, it still doesn’t get everything right.

The biggest limitation is device support. Channels DVR is not available on Roku players, game consoles, or most smart TV platforms (except those running Fire TV and Android TV software).

On the recording side, there’s no way to weed out recording conflicts without just manually looking through your schedule for overlap. Although you can prioritize programs so that your favorites don’t get passed over, Channels provides no warnings when your HDHomeRun tuner is overbooked. It’d also be nice if Channels offered ways to filter out recordings based on source quality, so you could avoid programs that air on standard-definition channels. (You can limit recordings to one specific channel, but only through Channels’ web interface.)

And while the Channels grid guide is excellent, it has one major limitation compared to cable: You can’t browse it while live TV plays in the background. If you want to channel surf, you’ll have to use the mini guide overlay instead.

As of this writing, there are also some disparities between Channels’ apps on various platforms. The best Channels DVR software experience is currently on Apple TV, which is the only platform with a kids section, auto-play, and the ability to shuffle episodes of a program. The developers at FancyBits say they’ll add these features to Android TV and Fire TV, but it’s unclear when that will happen.

On the other hand, the hardware experience is better on certain Android TV devices. It’s possible, for instance, to remap the remote control buttons on a TiVo Stream 4K to control Channels-specific features, such as launching the grid guide or flipping through live channels. And if you have an Android TV game controller, you can use all those extra buttons to control Channels functions as well.

Those kinds of details are exactly what makes Channels DVR so compelling. It’s not the simplest or cheapest solution for cord-cutters, but it feels like it’s being made by people who care deeply about a specific kind of TV experience. Those who can’t enjoy TV any other way will find Channels DVR to be worth jumping through hoops for.