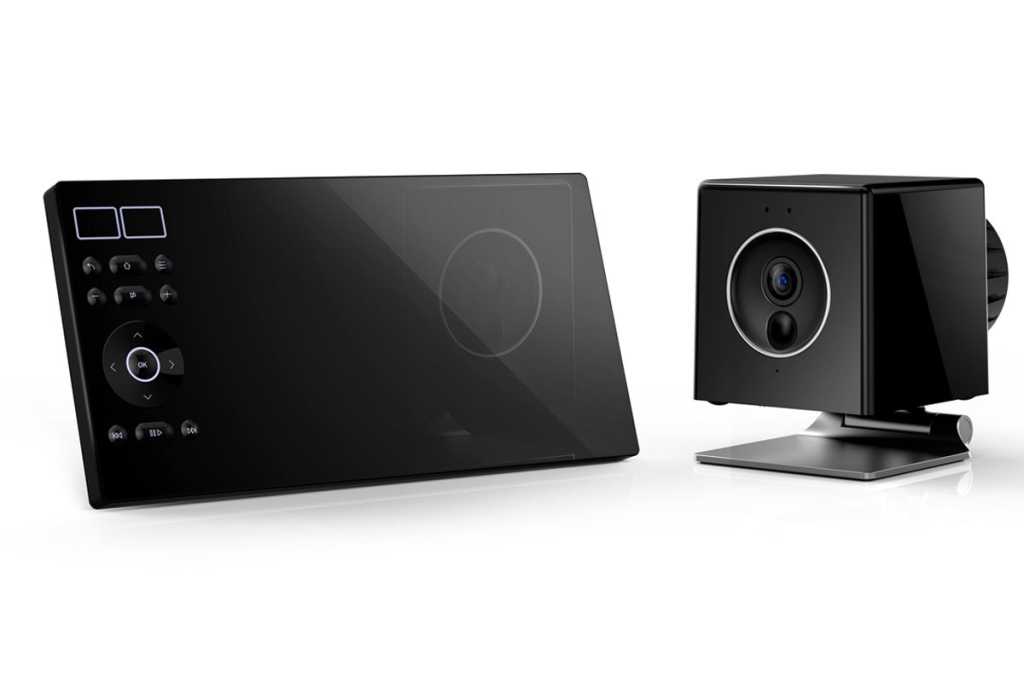 Oomi
At a Glance

Oomi Home might excel in setup, but better smart home systems can be configured for much less money.

Remember the original Sonos Controller, a dedicated tablet for the high-end music system that sat on a dock in your living room? When you wanted to turn on the music, you didn’t reach for your phone, you reached for the Controller. Never mind the speakers, the Controller was a sexy showpiece that predated by years the smart home as we’ve come to know it.

The Sonos Controller was discontinued four years ago for what must seem like obvious reasons: The hardware was expensive, required a lot of maintenance on Sonos’ side, and, of course, was rapidly made irrelevant after the smartphone took hold.

Today, the Sonos Controller is back, at least in concept, courtesy of Oomi, an Indiegogo-launched newcomer to the smart home hub space that, unlike most competitors, is squarely targeting the upper echelon of users.

Oomi comes as a kit (which costs $699), loaded with its own controller (a slim, wireless tablet that magnetically docks atop a charging station), a security camera called the Oomi Cube, two smart light bulbs, and a smart plug. The tablet is everything here; without it, the rest of the kit is functionally useless. Oomi has a smartphone app, of course, but you can’t even use it to create an account. Like most things, that requires the tablet.

Nowhere does Oomi shine brighter than in setup, namely because Oomi has made an incredibly savvy design decision by using NFC to pair devices to your rig. Just tap the tablet against the plug or the camera or a light bulb and, like that, they’re paired—no QR codes to scan or temporary Wi-Fi networks to join.

The tablet itself doesn’t actually do any processing. The Oomi Cube is actually where all the smarts of the system reside—the blocky unit features a security camera, air-quality sensor, a siren, and even an infrared repeater, so you can use the tablet and Cube together as a universal television remote.

After setup, then what?

Once the Oomi gear is fully set up, the whole affair begins to unravel. For starters, none of the components of the Oomi Home kit are terribly compelling. The smart bulbs are oversized, dim, and limited in capability—for example, they can change among a few rudimentary colors, but they have no white temperature-tuning features. The camera quality is fair enough, but the feed is slow and jumpy (once you figure out how to access it from the tablet interface).

As an alarm system, the Oomi is limited at best. Out of the box, no door/window sensors are included; you’re stuck with only the motion sensor built into the Oomi Cube to detect an intrusion. In my testing, tripping the motion sensor was hit or miss, so the alarm (which is otherwise easy to turn on and off) didn’t always trip.

The Oomi interface—manual-free, per the company’s sales pitch—isn’t as easy to master as the initial setup is, but it can be mastered after a few hours of fiddling around. (Pro tip: Tap-and-hold is the key to configuring advanced settings.) In part that’s because when you get down to it, there’s really not much that the Oomi can do. Aside from setting up scenes and automations to turn lights or switches on and off based on certain actions, it’s really a fairly simplistic setup.

And that shines an even harsher light on Oomi’s biggest drawback: a price tag that will challenge even the most die-hard smart-home enthusiast. The starter kit, at $699, is vastly more expensive than anything else on the market. It’s the only smart home hub I’ve seen to date that offers a financing plan.

The question then is whether Oomi is worth it, and it installs so seamlessly that maybe one can argue that it is. Its limited features aside, the other catch is that the Oomi is a fairly closed system, though it does offer limited third-party integration (with Nest, Hue, and Alexa). A recent addition is the ability to add third-party generic devices to the system, but only Z-wave devices. That said, don’t hold your breath if folding in other devices is your game plan, as even the Alexa integration is in a very early stage: You have to use precise voice commands and keywords to get it to respond, though Oomi says more natural interactivity is in the works. Professional security monitoring options are also coming at some point.

Thats a lot of maybes, sort-ofs, and question marks saddling a system that, for this kind of investment, one would rightly expect the moon of. At least Sonos did that right: You paid dearly for its system, but you were the envy of the neighborhood when you used your controller to pick just the right tune from anywhere in the house. With the Oomi Home, I tap a few buttons on the tablet and manage to change the light bulb color to a dull shade of red, and no one gives me anything more than a shrug.