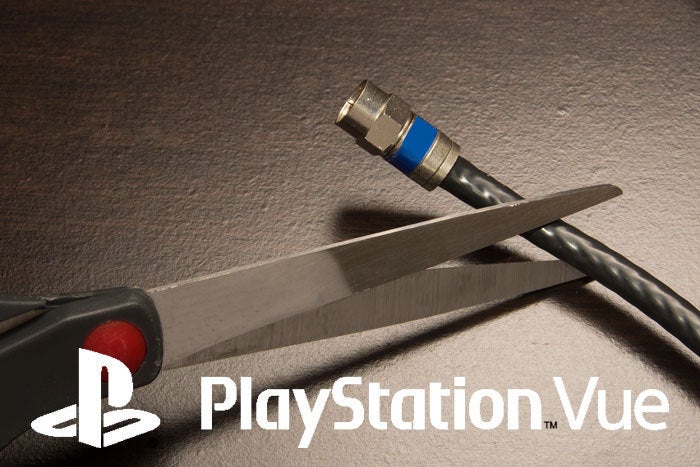 Last week, Sony wiped out PlayStation Vue’s price advantage over other streaming bundles, raising the subscription cost by $10 per month in many markets.

Sony previously offered a “Slim” version of PlayStation Vue in places that didn’t get live broadcasts from ABC, CBS, NBC, and Fox. Those plans started at $30 per month, versus $40 per month in markets that included a majority of live broadcast feeds. Now, Sony is charging the higher price nationwide for all new subscribers, and it will raise prices for all existing Slim subscribers after their next three billing cycles.

While the price hike might cause some PlayStation Vue subscribers to quit in a huff, the reality is that Sony’s Slim plan was an exception to how streaming bundles work now, and it was probably unsustainable in the long run. Its demise merely brings PlayStation Vue in line with the cost of its competitors, underscoring how streaming bundles today have limited ability to keep prices in check.

Vue used to be the best bundle for most people, in large part because its $35-per-month Core Slim package—a step up from the baseline Access plan—was the cheapest path to ESPN channels, regional sports networks, cable news channels, and primetime shows from all four major broadcast networks. (Anecdotally, that’s what readers, family members, and friends tell me they’re most interested in getting from a TV bundle.)

On those criteria, no other bundle could match what Sony offered at $35 per month. To wit:

The switch to $45 per month nationwide for the Core plan effectively moves PlayStation Vue to the middle of the pack. So instead of winning on value, Vue must now compete on features and the minor distinctions in its lineup.

For instance, PlayStation Vue’s combination of ESPN and regional sports is slightly more expensive than comparable plans from Sling TV and Hulu, but it’s also far more consistent at supporting 60 frames per second video. It also includes DVR service, a perk that costs $5 per month extra with Sling TV.

On the other hand, PlayStation Vue’s DVR only stores recordings for 28 days, versus indefinite storage for up to 50 hours for Sling TV and Hulu, and nine months of storage for YouTube TV. And if you’re interested in HBO and Cinemax, DirecTV Now starts looking like a better deal, as that channel is available for $5 per month, versus $15 per month with Vue.

Don’t worry, we’re in the process of updating all our streaming service reviews and comparison guides to make sense of all this. For now, the takeaway is that there’s a lot more for cord cutters to consider.

Why would Sony throw away its biggest advantage over other streaming services? Probably because it had to.

PlayStation Vue’s Slim plans were a just stopgap measure when Sony launched them in March 2016. The service had been around for about a year at that point, but only in a handful of markets where it had arrangements to offer live, local broadcast networks. Meanwhile, rival Sling TV was gaining traction with a nationwide service that left out those network channels. By substituting those live feeds with on-demand video from the networks—and providing a $10-per-month discount as consolation—Vue was able forgo negotiations with local affiliate stations and take its service nationwide.

The streaming TV landscape has changed dramatically since then. Sling TV added a second “Blue” bundle that includes NBC and Fox channels. FuboTV also launched a bundle with NBC and Fox, and has since added CBS. AT&T launched DirecTV Now with three of the four major broadcast networks. Hulu launched a live TV bundle with all four major broadcast networks, as did Google with YouTube TV.

But while most of those streaming services also substitute live local broadcasts with on-demand programs in many markets, none of them offer discounts as a consolation prize. Hulu, DirecTV Now, FuboTV, and Sling TV all charge the same price throughout the United States, and YouTube TV only offers service in a handful of cities. Instead of advertising different prices in different places, these bundles all started with the assumption that everyone will get local channels in the long run.

Now, local affiliate stations are starting to get on board. ABC, CBS, and NBC have all inked broad streaming deals with their affiliates over the past few months, while Fox is engaging its affiliates in a game of hardball to make more streaming pacts. The result should be greatly expanded local broadcast coverage in the coming months.

Sony does deserve criticism for the timing and communication of its announcement: The company’s FAQ page and customer emails don’t even bother explaining the price hike, and its only attempt at justification came in a brief statement to CNET, which points out that 78 percent of the country already gets at least one broadcast channel. Still, the change itself was inevitable, as PlayStation Vue was always supposed to include live local channels from the start.

One might argue that PlayStation Vue is better off without ABC, CBS, NBC, and Fox, given that many users can just hook up an antenna and get those channels for free. But keep in mind that all of those channels are owned by major media conglomerates that also own lots of other channels. It’s unlikely that 21st Century Fox would allow FX and Fox Sports to be bundled without its flagship channel, that Comcast would allow SyFy, Bravo, and Comcast SportsNet into a bundle without NBC, and so on. A broadcast-free bundle would also have to give up lots of other channels. (Sling TV has managed to carve out an exception with its $20-per-month broadcast-free Orange package, but even it has lots of limitations.)

Therein lies the unpleasant truth of streaming TV packages today: Despite more cutthroat competition between media companies, the four major broadcast networks wield disproportionate power to ensure big bundles with high prices. And that’s unlikely to change for as long as those networks are among the most popular on television.

Without walking away from the entire TV bundle system, your ability to save money will have its limits.