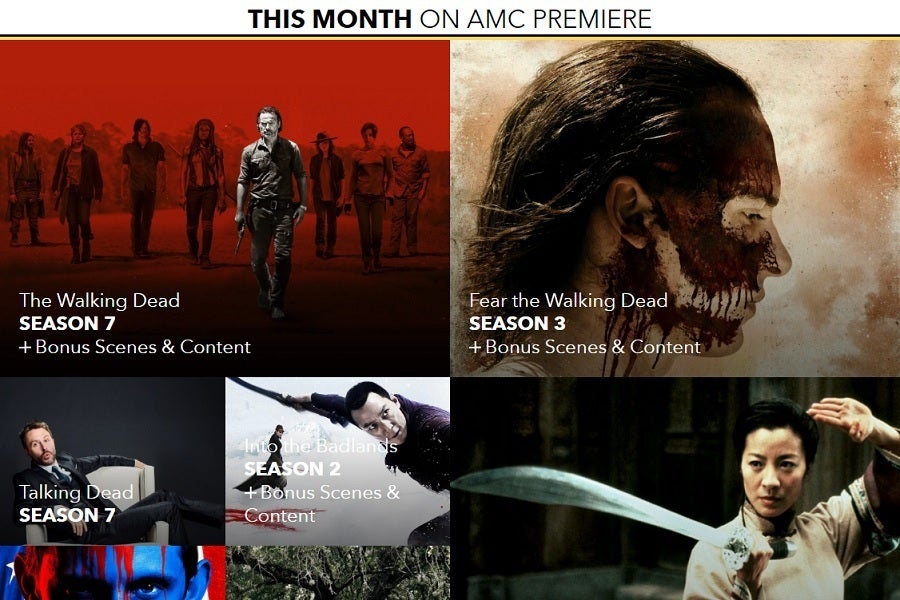 Apart from live sports and breaking news, TV broadcasters have—with some minor variations—relied on the rigid time slots of linear TV for decades. They’ve clung to this model even as more people turn to DVR and streaming services to watch TV on their own schedules.

That’s finally starting to change. A couple weeks ago, Fox announced that it would adopt a six-second ad format, beginning with its on-demand shows and eventually moving to its linear broadcast channel. And last week, AMC announced a $5-per-month streaming service that will let cable subscribers watch shows like The Walking Dead at the same time as the live broadcast, but without ads.

Those developments could be the beginning of a breakdown for linear TV as we know it. When commercial breaks become drastically shorter, or when a subset of viewers can watch new shows with no breaks at all, spacing every program into 30- or 60-minute time slots becomes obsolete.

AMC isn’t the first ad-supported TV network to offer an ad-free option. CBS sells an ad-free version of its All Access subscription plan for $4 per month, as does Hulu for its on-demand service (which is jointly owned by Disney, Comcast, Fox, and Time Warner). Many network shows are also available without ads from a la carte stores like iTunes and Amazon Video.

But unlike those standalone offerings, AMC Premiere is only available to people who already get the channel through a pay TV bundle, starting with Comcast Xfinity subscribers. (The plan is to eventually offer it through other providers, and possibly through streaming bundles.)

More importantly, AMC won’t make Premiere subscribers wait until after the live broadcast is over to watch the ad-free version. Premiere’s ad-free streams will be available at the same time as the live broadcast, so when subscribers start watching The Walking Dead at 9 p.m. on a Sunday, they’ll get through the episode roughly 15 minutes faster than someone who watches it on cable.

That’s a nifty perk, but it creates a new dilemma for AMC: What happens after the episode ends? With cable, the viewer might see a brief commercial break, followed by whatever 10 p.m. show the network has strategically chosen to keep viewers on board. With Premiere, an hour-long drama without ads will end long before the next program is scheduled to begin. In the meantime, AMC must figure out how to avoid losing those viewers to another channel.

Fox will face a similar dilemma once it brings six-second advertisements to its linear TV channels. With standard 30-second ads, the average commercial break lasts for two or three minutes. Six-second ads will likely take up far less time; so unless Fox’s programs start running longer, the network will need to fill more empty space in a standard 30- or 60-minute time slot.

What should AMC and Fox do with that newfound air time? One option might be to show some short filler content in between larger episodes. AMC is already including interviews, deleted scenes, and other bonus material in its Premiere service, so it wouldn’t be surprising if some of that material filled the gaps between shows.

But perhaps we’ll also start to see a move away from the rigid 30- and 60-minute time slots that have dominated linear TV for so long. A hit show like The Walking Dead might still premiere at 9 p.m., but when the ad-free version wraps up at 9:45, subscribers could branch off into a separate playlist that’s relevant to their interests and viewing history. This would combine the low-effort nature of linear TV with the personalized nature of on-demand video.

In thinking about these developments, my mind jumped back to an interview I conducted in May with Tian Lim, the chief technical officer at Hulu. Describing his ideal streaming TV bundle, Lim mentioned having fewer, better-targeted ads, or perhaps an option to skip the ads entirely by paying a bit more. But those changes, he said, would require a “really big fundamental shift” in how the TV industry thinks about content.

Fox’s 6-second ads and AMC’s ad-free service suggest that this shift is now underway. As Variety’s Andrew Wallenstein points out, TV networks have been losing ad revenue as cable viewership declines, so premium ad-free upgrades are a low-risk way to make some of that money back. Meanwhile, lighter ad loads could be more effective than longer commercial breaks, and might deter people from spending more time with ad-free services like Netflix.

If the rest of the industry follows AMC’s and Fox’s lead—and I suspect they eventually will—they’ll have a much greater incentive to move away from the rigid programming schedules that they’ve relied on for decades. And what takes their place will be so much better.