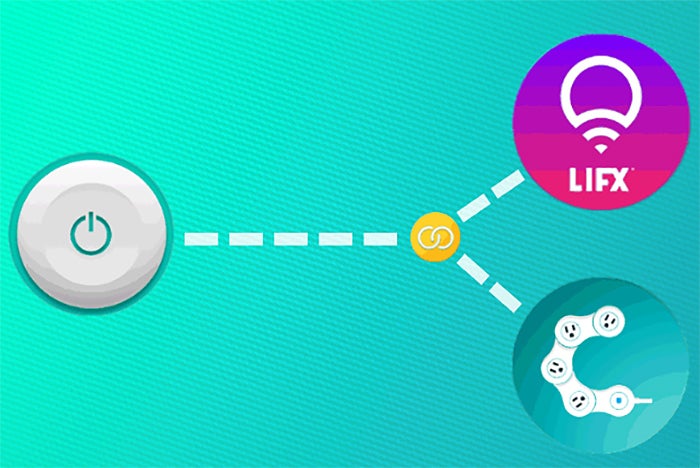 You could say the automation platform Stringify starts where IFTTT leaves off: instead of focusing on a single trigger and a single resulting action, one Stringify trigger can kick off multiple actions—it can even spawn additional triggers. Where IFTTT literally is “If This, Then That,” Stringify is “If This and This and This, Then That and That and That.” It’s what impressed us most when we first took note of the service at CES last year. One downside: Stringify is currently available only on iOS devices—an Android version is still in the works.

How does it work? You literally string triggers and actions together. You could, for example, program your Amazon Echo so that when you say “Alexa, tell Stringify good night,” it could trigger your Philips Hue smart bulbs  to change to an amber color and dim to 15 percent brightness, trigger your Nest thermostat to raise your air conditioner’s target temperature to 75 degrees, and then very slowly fade your smart bulbs to an off setting over a 10-minute period.

Stringify refers to these scripts as “flows,” but until now (and unlike IFTTT’s “recipes”), there was no means of sharing the flows you created. With Stringify version 1.4.0, you can. Perhaps more importantly, at least for beginners, the Stringify app now comes with preloaded sample flows to help you get started. I’ve never used Stringify myself, so I gave the new sample flows a shot. After a quick registration process, I was presented with a sample flow to try and was able to customize it in less than five minutes.

Stringify says its existing users have long requested both of these enhancements. Using the share function from my iPhone, I was also able to quickly share my flow over social media and even via text message. Stringify delivers the flow to others via a custom link.

Why this matters: While it’s not as well known as IFTTT, Stringify is arguably more powerful. But powerful can also mean complex, so having sample flows to expose new users to the app’s capabilities should go a long way to flattening its learning curve. Here’s hoping Stringify’s next step is to create a respository where users can share even more flows. Like IFTTT, Stringify is free.